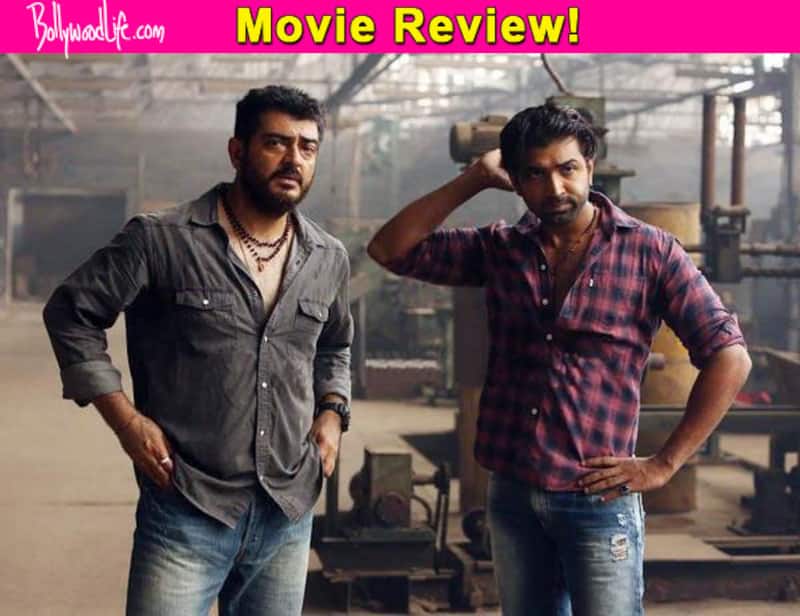 After a rather slow first half, the action packed cat and mouse game between the two leads in the second half saves the film

Watching Ajith's film first day first show is a memorable experience. As I stumbled across to my seat through the dimly lit cinema hall, munching popcorn, I could feel an infectious energy flowing through movie theatre as everyone was eagerly waiting to watch their beloved Thala on big screen. As the lights went out and Thala Ajith's name was projected on big screen, a huge cheer erupted in the crowd and all I could think was 'Mr Gautham Menon, please don't disappoint these ardent fans! So is Yennai Arindhaal worth your time and money? Or does it fail to live up to its expectations? Well, a bit of both. Also Read - Ponniyin Selvan: Why Rajinikanth, Kamala Haasan, Vijay and other Tamil film industry biggies are silent on Mani Ratnam film's huge success? Here's what we know

The film starts off with Thenmozhi's (Anushka) chance meeting with Sathyadev (Ajith) on a flight back to Chennai from USA. Irresistibly attracted to him, she follows him around and meets him at a cafe, where Victor (Arun Vijay) and his dreaded gang try to assassinate Sathyadev. Later Sathyadev reveals to Thenmozhi that those goons where after her. Simultaneously, we are taken back in time when Sathya and Victor where friends and henchmen of a dreaded gangster. But Sathya betrays Victor's trust as he turns out to be an under cover cop and busts the entire gang, leaving Victor thirsty for revenge. Tough cop Sathyadev later falls for Bharatnatyam dancer Hemanika(Trisha), who is a divorcee and a single mom. Just the night before their marriage, Hemanika is murdered. That is when Sathyadev decides to step away from police job to look after Hemanika's 6-year old daughter Esha. When he comes back in town, a chance encounter makes Sathya and Victor come face to face as Sathya busts Victor's organs theft scam. It is then revealed that Thenmozhi is Victor's next target for stealing organs, which makes it clear that Sathyadev's meeting with Thenmozhi wasn't just coincidence. Victor then kidnaps Esha and demands Sathya to hand over Thenmozhi. How does Sathya save Esha and Thenmozhi forms the climax of the story. Also Read - Ponniyin Selvan set to face huge box office competition for Dussehra; Vikram, Aishwarya Rai Bachchan film to be challenged by THESE South biggies

Lets talk about performances. Being the face of film, Ajith carries the story forward with a steely performance as a no nonsense, hardened cop. The actor is terrific in action and dramatic sequences. The calmness in his voice is soothing and his expressive eyes speak volumes. But the revelation of the film has to be Arun Vijay who plays baddie Victor with grit and conviction. This film might just be a game changer for Arun Vijay as he looks menacing as a villain. Trisha looks gorgeous in a small role and her chemistry with Ajith is lovely. Kudos to stunt director, cinematographer and editor for giving the film a very stylish urban look. Liberal use of cuss words ( which have been muted by the way) makes the proceedings fun and interesting. Background score from Harris Jayaraj is incredible and all the songs are noteworthy. The second half of the film is a cracker as Ajith and Arun Vijay play cat and mouse games, making it a riveting watch.

Anushka Shetty gets a raw deal, as she is stuck with a role which has no scope for performance. A comedian of Vivekh's stature should have been utilised better. Though he provides some laughs here and there, his almost negligible screen presence doesn't work in film's favour. Slow first half pulls the film down, but what hurts Yennai Arindhaal the most is the predictable story line, which Gautham Menon resorts to time and again. The film reminded me of his previous cop flicks like Suriya' Kakha Kakha and Kamal Haasan' Vetaiyadu Villaiyadu. Everything from hero's persona to villain's character are quite similar and one wonders when would Mr Menon stop packaging old wine in new bottle. Also the filmmaker seems to have made a half-hearted attempt while transitioning from action to romance to drama and back to action again.

Though Gautham Menon has revisited the same old story again, Yennai Arindhaal is worth a watch for two reasons. One is Thala Ajith's splendid show as he carries the film on his shoulders. Second is Arun Vijay's villainous act as he almost manages to steal the show from Ajith. Go with reasonable expectations and you wont be disappointed.