Zero movie review: Katrina Kaif is a scene-stealer in this Shah Rukh Khan, Anushka Sharma-starrer that has its heart in the right place but struggles with execution

Check out the full review of Shah Rukh Khan's Zero 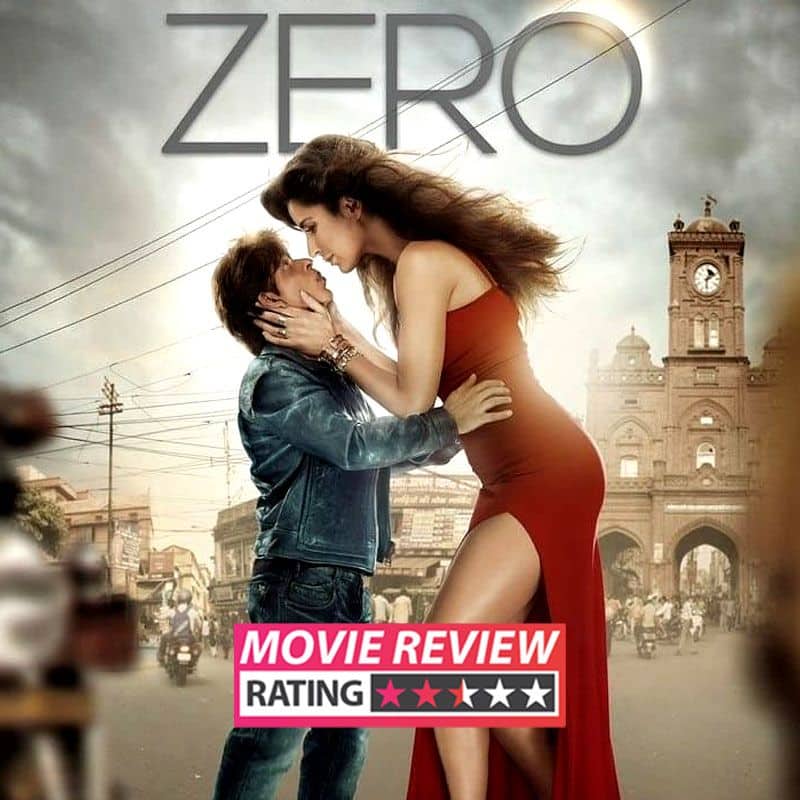 A man's stature is known by his character and not his height. This perhaps might be one of the most used lines in daily conversation but it has a special significance in Aanand L Rai's most ambitious offering titled Zero. The fact that the country's biggest superstar is playing the shortest character, that of a vertically challenged man, in itself is an idea that sounds extraordinary. Aanand L Rai is famous for creating conversations and characters that linger long after the film ends and with Zero, he gets his biggest canvas yet. Also Read - Dunki: Shah Rukh Khan wraps Saudi Arabia shoot; shares a heartfelt video for his fans

What's it about Also Read - Shah Rukh Khan to Salman Khan: MOST expensive vanity vans owned by Bollywood celebs that cost a fortune

Bauua Singh (Shah Rukh Khan) from Meerut is a dwarf who doesn't let his height determine the extent of his dreams. One of his several dreams is to meet his crush Babita Kumari (Katrina Kaif) who's a washed out actress coping with the aftermath of a bad breakup. Bauua meets Babita along the way but before that, his encounter with Aafia (Anushka Sharma) - a space scientist, who hasn't let a wheelchair determine her life goals, alters the course of his life. Bauua falls for Aafia only to get cold feet and later leave her at the marriage altar. Zero's first half oscillates between Bauua's feelings for Aafia and Babita and the dichotomy of it all. The second half loses steam and gets into a bit of a mess with a mission to Mars and Bauua and Aafia's big confrontation scene. There's also a chimpanzee who frantically jumps up and down in a scene, perhaps reflecting the restlessness that seeps in as the story nears it's 'out of the world' climax! Also Read - Shah Rukh Khan movies that failed at the box office; all eyes on Dunki, Pathaan, Jawan now

Zero has ambition written all across it in big bold letters! Clearly, the film must have seemed impossible to make on paper but with SRK at the helm, that word doesn't exist in his dictionary. Bringing someone like Aanand L Rai to the table gives the film a unique edge and a freshness that he brings to his stories. We have watched Shah Rukh play an obsessive fan but to watch him as a dwarf on the big screen does take a lot of suspension of belief. I don't see any other actor pulling this character off and doing him justice the way Shah Rukh does. He lets his natural charm and humor take the lead as Bauua woos us with his vulnerability and simplicity. Anushka Sharma, as Aafia, is remarkable. Her conviction in playing someone bound to the wheelchair and that body language is worth an applause. Katrina Kaif, as Babita, does the unthinkable. Easily her most adventurous role in terms of shades, Katrina is a revelation in Zero. Even the harshest of her detractors might take to her dark and edgy performance that somehow feels cathartic in her role as someone dealing with heartbreak. Zeeshan Ayub as Bauua's sidekick is a major highlight. The VFX and Special Effects team has gone all out to ensure Zero lights up every frame on the big screen. Making SRK look like someone who's vertically challenged took a lot of technology and the efforts have paid off beautifully. The songs also are a visual delight, along with being easy on the ears. The larger-than-life Mere Naam Tu ties the entire film together.

Zero is way too long and it tests your patience early on. The filmmaker and his cast get over indulgent and carried away by the premise. One song less and maybe 20 mins trimmed down, Zero could have been a better experience. There are several moments that defy logic and succumb to the pressures of the superstar curse. Even Anushka's Aafia, who seems to be the most sensible character in the film, is made to do something like jet-setting on full throttle to see Bauua in her wedding sari sitting on her wheelchair. Also, there is a bit of a lack of emotional connect with Bauua. The need to empathise with him is there but you don't stay as invested in his feelings as one would expect. Aanand, who is known for his beautifully layered characters, even the supporting ones, doesn't really invest much here. Zeeshan, who is the only other prominent character, apart from the three, is reduced to a mere caricature. Zero's climax is long-drawn and will polarise you with its 'hate it' or 'love it' ending.

Zero has heart and humour. It also has some fine performances by its three superstar actors. Watch it if you are in mood for a different take on love with an intergalactic experience.