Nikhil Siddhartha's Karthikeya 2 leads at the box office, Vikram and Aishwarya Rai Bachchan's Ponniyin Selvan - Part 1 all set to create a history, and more; here are all the trending South news of the day... 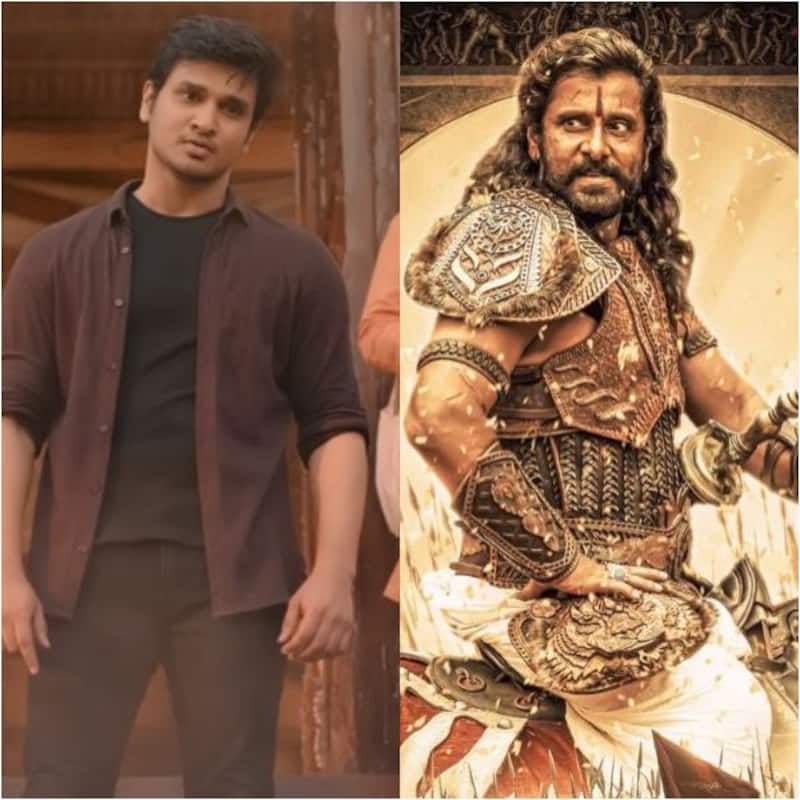 From Nikhil Siddhartha’s Karthikeya 2 performing better at the box office than Laal Singh Chaddha and Raksha Bandhan to Vikram and Aishwarya Rai Bachchan starrer Ponniyin Selvan creating a history; many South films and celebs made it to the headlines today. During the day, you have missed some important news from the South film industry. But, don’t worry as we are here with all that happened with your favourite stars down South. Below is the list of trending South news of the day… Also Read - Karthikeya 2 star Nikhil Siddhartha to make Bollywood debut soon? In talks with two BIG producers

Liger: Did you know Vijay Deverakonda was approached for another Karan Johar film for his Bollywood debut but rejected the offer?

Fans of Vijay Deverakonda are eagerly waiting for Liger which will mark his Bollywood debut. The movie is shot in Hindi and Telugu and it will be dubbed and released in other languages as well. However, did you know before Liger, Karan Johar had approached Vijay for another Bollywood movie which he rejected?
Read Full Story Here: https://www.bollywoodlife.com/south-gossip/liger-did-you-know-vijay-deverakonda-was-approached-for-another-karan-johar-film-for-his-bollywood-debut-but-rejected-the-offer-2158302/ Also Read - Karthikeya 2 vs Liger box office collections: Nikhil Siddhartha's film mints double on third Saturday while Vijay Deverakonda's film barely manages to keep steady

Telugu film Karthikeya 2 has done very well at the box office. Even the Hindi dubbed version of the movie has been growing fantastically. On Tuesday, the film did better at the box office than Aamir Khan starrer Laal Singh Chaddha and Akshay Kumar’s Raksha Bandhan.
Read Full Story Here: https://www.bollywoodlife.com/box-office/karthikeya-2-hindi-box-office-collection-beats-aamir-khans-laal-singh-chaddha-and-akshay-kumars-raksha-bandhan-entertainment-news-2158866/ Also Read - Box office collection report: Karthikeya 2 continues to rule; Laal Singh Chaddha, Raksha Bandhan are out of the race in week 2

Liger: Vijay Deverakonda's mother organises a special puja for him and Ananya Panday ahead of the big release; ties them sacred threads [VIEW PICS]

Vijay Deverakonda and Ananya Panday have been promoting Liger for the past many days. Recently, they visited Hyderabad, and Vijay’s mom organised a special puja for her son and his co-star. The pictures of the same have gone viral on social media.
Read Full Story Here: https://www.bollywoodlife.com/south-gossip/liger-vijay-deverakondas-mother-organises-a-special-puja-for-him-and-ananya-panday-ahead-of-the-big-release-ties-them-sacred-threads-view-pics-south-indian-actors-entertainment-news-2159022/

Vikram and Aishwarya Rai Bachchan starrer Ponniyin Selvan – Part 1 is one of the most awaited films of the year. It’s a Tamil film but will be dubbed and released in various languages including Hindi. Recently, the makers revealed that PS1 will be the first Tamil film to release in Imax format. Check out their tweet below…

Mammootty shares the first look poster of his next Christopher

Director B Unnikrishnan has teamed with Mammootty for a movie titled Christopher. The Malayalam star took to Twitter to share the first-look poster of the film and his fans are super impressed with it. Check out the poster below…