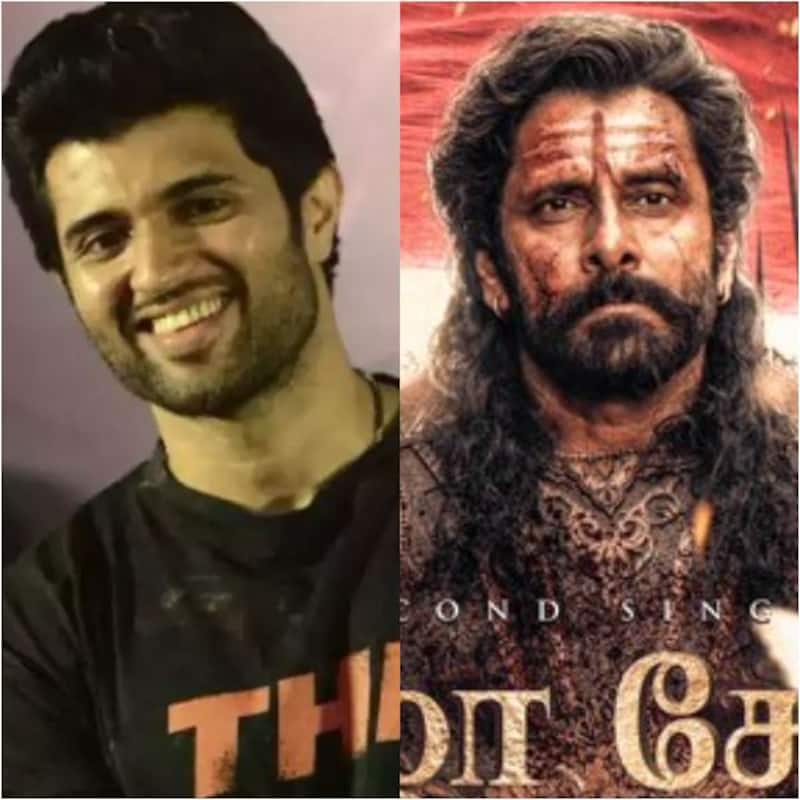 From Vijay Deverakonda opening up about his equation with Karan Johar after Koffee With Karan 12 to the new single Chola Chola from Vikram and Aishwarya Rai Bachchan starrer Ponniyin Selvan getting a good response; many South films and celebs made it to the headlines today. If you missed important news about your favourite star, don’t worry, as we are here with the round-up of what all happened in the South film industry today. Below is the list of trending South news of the day… Also Read - Rashmika Mandanna FINALLY reacts on dating rumours with Vijay Deverakonda: 'When the whole world is like 'Rashmika and Vijay', I am like...'

Vijay Deverakonda will be making his Hindi film debut with Liger which is co-produced by Karan Johar. A few weeks ago, Vijay came on Karan’s show Koffee With Karan 7, and later there were rumours that the actor is not happy with his episode. Recently, BollywoodLife spoke to Vijay about it, and the actor opened up about his equation with Karan.
Read Full Story Here: https://www.bollywoodlife.com/videos/interviews-videos/vijay-deverakonda-confirms-liger-2-opens-up-on-relationship-with-karan-johar-after-koffee-with-karan-7-exclusive-video-bollywood-entertainment-news-2160627/ Also Read - Trending Entertainment News Today: Vijay Deverakonda's relationship status revealed; Karan Johar on not inviting Taapsee Pannu on KWK and more

Vikram and Aishwarya Rai Bachchan starrer Ponniyin Selvan – Part 1 is one of the most awaited films of the year. The movie is slated to release on 30th September 2022, and today, the makers released the new song of the film titled Chola Chola. The song is composed by AR Rahman, and it is receiving a good response. Also Read - Koffee With Karan 7: Karan Johar confirms Vijay Deverakonda is 'officially single'; rumoured affair between Rashmika Mandanna and Liger star put to rest

This is our battle cry! #CholaChola single from #PS1 OUT NOW on #TipsTamil Channel!

Vijay Deverakonda has been busy with the promotions of Liger. Recently, there were rumours that the actor threw his attitude at journalists. But, that’s not the truth.
Read Full Story Here: https://www.bollywoodlife.com/south-gossip/liger-rumours-of-vijay-deverakonda-throwing-attitude-at-journalists-totally-baseless-heres-the-truth-bollywood-entertainment-news-2161199/

Nikhil Siddhartha starrer Karthikeya 2 has been doing very well at the box office. The movie’s Hindi version has collected Rs. 5.75 crore in five days, and the overall box office collection of Karthikeya 2 is Rs. 30.20 (all languages). The film is expected to do well in its second weekend.

Dhanush starrer Thiruchitrambalam was released yesterday. The film also stars Nithya Menen in the lead role, and it has received a fantastic response from critics and audiences. On day one, the movie took a good start at the box office and collected Rs. 8.25 crore. Well, after looking at the positive reviews and the word of mouth, one can surely expect the movie to show a good jump at the box office over the weekend.