From Nayanthara returning from honeymoon and starting Jawan shoot to Samantha Ruth Prabhu's reaction to Salman Khan being inspired by Oo Antava; here are all the trending South news of the day... 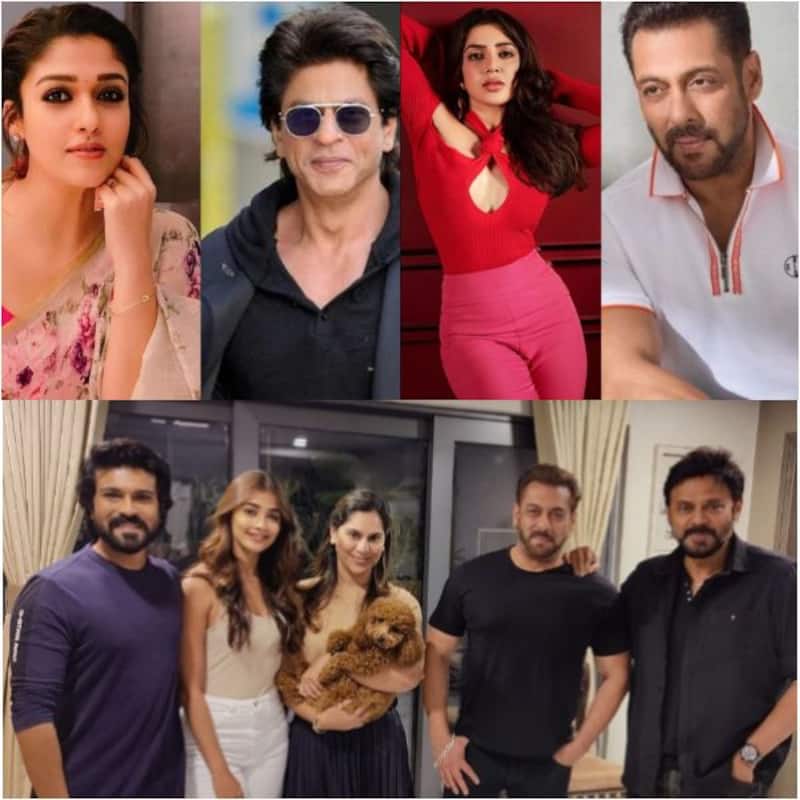 From Nayanthara resuming the shoot of Shah Rukh Khan’s Jawan to Samantha Ruth Prabhu’s reaction to Salman Khan’s comment about her song Oo Antava; many movies and celebs from the South film industry made it to the headlines today. It’s Monday and you might have missed some important updates about your favourite star or his/her movies. But, don’t worry as we are here with the round-up of what all happened in the South film industry today. Below is the list of trending South news of the day… Also Read - Karan Mehra-Nisha Rawal marital saga: After BFF Rohit Verma's interview, fans comment that their divorce should be televised like Johnny Depp-Amber Heard

Varisu actress Rashmika Mandanna ditches her luxury cars for a humble ride; gets mocked by netizens, 'Budget kam hai'
People on social media sometimes just want to troll celebrities. Recently, Rashmika Mandanna was spotted in Mumbai, and she was seen traveling in an Innova. So, netizens mocked her for having a mid-level vehicle.
Read Full Story Here: https://www.bollywoodlife.com/south-gossip/varisu-actress-rashmika-mandanna-ditches-her-luxury-cars-for-a-humble-ride-gets-mocked-by-netizens-budget-kam-hai-entertainment-news-2112405/ Also Read - BTS Photo Folio: After Jungkook, Kim Namjoon aka RM's preview wows ARMY; Bangtan leader's concept of entirety is as profound as him

Salman Khan, Ram Charan, Venkatesh’s picture from a dinner goes VIRAL; fans say, ‘Waah megastars in one frame’
Salman Khan is in Hyderabad for the shooting of Kabhi Eid Kabhi Diwali, and he is spending a lot of time with Tollywood stars there. He recently went for dinner at Ram Charan’s house, and the Dabangg Khan was accompanied by Pooja Hegde and Venkatesh. Their picture has gone viral.
Read Full Story Here: https://www.bollywoodlife.com/news-gossip/salman-khan-ram-charan-venkateshs-picture-from-a-dinner-goes-viral-fans-say-waah-megastars-in-one-frame-entertainment-news-2112104/ Also Read - Kim Kardashian, Khloe Kardashian, Kylie Jenner and Kendall Jenner's HOTTEST bikini and bodycon looks – be sure to view pics in PRIVATE

IIFA 2022: Salman Khan says Oo Antava from Pushpa inspired him; Samantha Ruth Prabhu's reaction is priceless [WATCH UNSEEN VIDEO]
A video of Salman Khan has gone viral on social media. It’s a red carpet video and when the anchor asks him if there’s any movie or song that has inspired him, the superstar sings Samantha’s song Oo Antava. The actress has reacted to the video.
Read Full Story Here: https://www.bollywoodlife.com/news-gossip/iifa-2022-salman-khan-says-oo-antava-from-pushpa-inspired-him-samantha-ruth-prabhus-reaction-is-priceless-watch-unseen-video-bollywood-entertainment-news-south-indian-actress-2112049/

After her honeymoon, Nayanthara is back to work
Nayanthara and Vignesh Shivan tied the knot earlier this month. Later, they went on their honeymoon in Thailand. Now, according to a report in Pinkvilla, the actress is back in Mumbai and has started shooting for Jawan which stars Shah Rukh Khan in the lead role. Jawan will mark Nayan’s Bollywood debut.

Trisha to star in Chandramukhi 2?
In 2005, Rajinikanth, Prabhu, and Jyothika starred in a movie titled Chandramukhi. The horror-comedy was a hit at the box office, and a few days ago, the makers announced a sequel to it titled Chandramukhi 2. Now, according to a report in DT Next, Trisha will be seen playing the female lead in the movie. However, there’s no official announcement about it.