Prabhas, Nani with Amitabh Bachchan, a new addition in the cast of Allu Arjun's Pushpa 2, Salaar shoot update, and more; here are all the trending South news of the day... 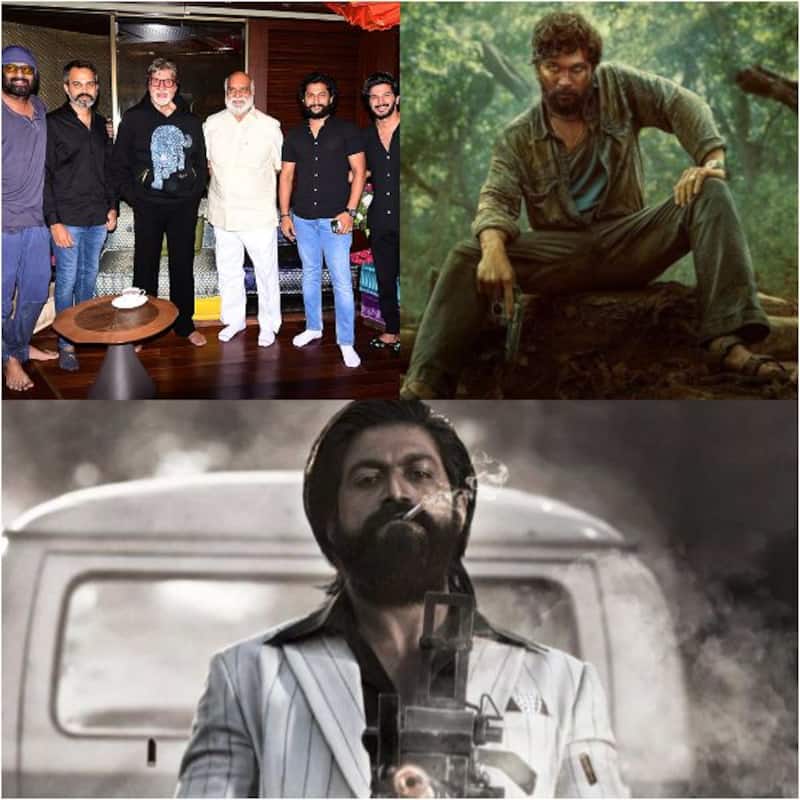 From Prabhas, Nani, and Dulquer Salmaan’s picture with Amitabh Bachchan going viral to a new addition in the cast of Allu Arjun and Rashmika Mandanna starrer Pushpa 2; many South films and celebs have made it to the headlines today. You might have missed some important news about your favourite star or his/her movies. But, don’t worry as we are here with the round-up of what all happened in the South film industry today. Below is the list of trending South news today… Also Read - Kim Kardashian-Pete Davidson split: Is this how comedian-actor is coping with his break up with the reality TV star? [Report]

Pushpa The Rule: This South superstar to play an important role in Allu Arjun-Rashmika Mandanna's film
Pushpa 2 is one of the most awaited pan-India films. The Allu Arjun and Rashmika Mandanna starrer has been in the news for many reasons, and recently, a report stated that a South star is all set to join the cast of the film.
Read Full Story Here: https://www.bollywoodlife.com/south-gossip/south-news-and-gossip-pushpa-the-rule-this-south-superstar-to-play-an-important-role-in-allu-arjun-rashmika-mandannas-film-2113147/ Also Read - Taarak Mehta Ka Ooltah Chashmah: Asit Kumarr Modi takes a dig at Shailesh Lodha's exit; says, 'Show rukega nahi' [Watch]

Prabhas starts the new schedule of Salaar
Well, in the picture with Big B, Prabhas and Prashanth Neel were seen in the same frame as reportedly the new schedule of the Salaar has kickstarted in Hyderabad today. According to reports, many important scenes will be shot in this schedule, and even Shruti Haasan will be joining the team for the shoot.

Prashanth Neel OPENS Up about Yash starrer KGF 2
After KGF and KGF 2, moviegoers are now waiting for KGF 3. While there have been multiple reports about the third instalment of the film, recently while talking to Galatta Plus, Prashanth Neel said, “KGF Chapter 3 is possible. Cinema is the major force behind the success of KGF2. People have accepted the KGF world.”