Adipurush: Prabhas and Kriti Sanon's chemistry to be the highlight of the film? [Deets Inside]

Prabhas and Kriti Sanon will be seen together on the big screen for the first time in Adipurush, and reportedly, their chemistry in the film is beautiful. Read on to know more... 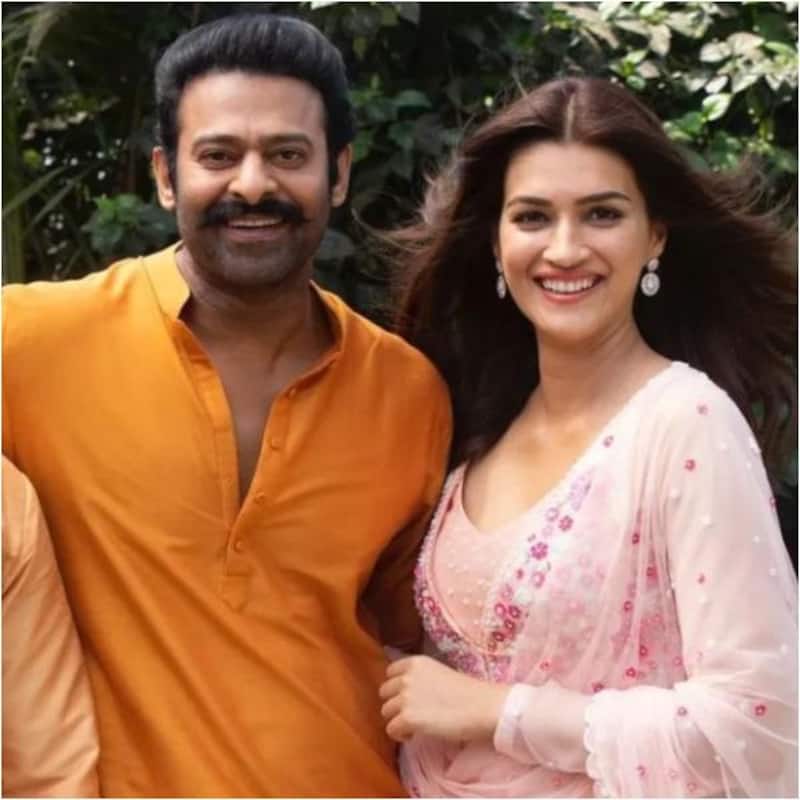 Om Raut’s Adipurush starring Prabhas, Kriti Sanon, and Saif Ali Khan is undoubtedly one of the most awaited upcoming films. The movie is based on Ramayana, and Prabhas will be seen playing the role of Lord Ram. Kriti Sanon portrays the character of Sita, and Saif will be seen as Raavan. Fans of Prabhas have been eagerly waiting for a glimpse of the film, but here’s a news that will surely make moviegoers excited for the film. Reportedly, Prabhas and Kriti’s chemistry has impressed everyone who has seen the glimpses of the film. Also Read - Karan Mehra-Nisha Rawal marital saga: After BFF Rohit Verma's interview, fans comment that their divorce should be televised like Johnny Depp-Amber Heard

A source close to the film who has watched some scenes stated, "Last week, the entire cast and film team had gotten together at director Om Raut’s house to celebrate what they have achieved till now and to see how the film is shaping up. They also watched some of Kriti and Prabhas’ scenes, which have turned out very well. The chemistry between them has translated beautifully; they just make for a fabulous pair on screen." Also Read - BTS Photo Folio: After Jungkook, Kim Namjoon aka RM's preview wows ARMY; Bangtan leader's concept of entirety is as profound as him

Adipurush was slated to release in August this year but has been postponed to 12th January 2023. A few days ago, BollywoodLife had reported that Prabhas has hiked his fees for the film, and this has put the producers in a fix as the budget shoots up by 25%. Reportedly, earlier Prabhas was getting Rs. 90-100 crore for the film, and now, he has asked for Rs. 120 crore. Well, it’s quite surprising that Prabhas is asking for a hike in fees despite the failure of his last release Radhe Shyam. Also Read - Kim Kardashian, Khloe Kardashian, Kylie Jenner and Kendall Jenner's HOTTEST bikini and bodycon looks – be sure to view pics in PRIVATE