Adipurush: Prabhas hikes fee to this WHOPPING amount; producers in fix as budget shoots up by 25% [Exclusive] 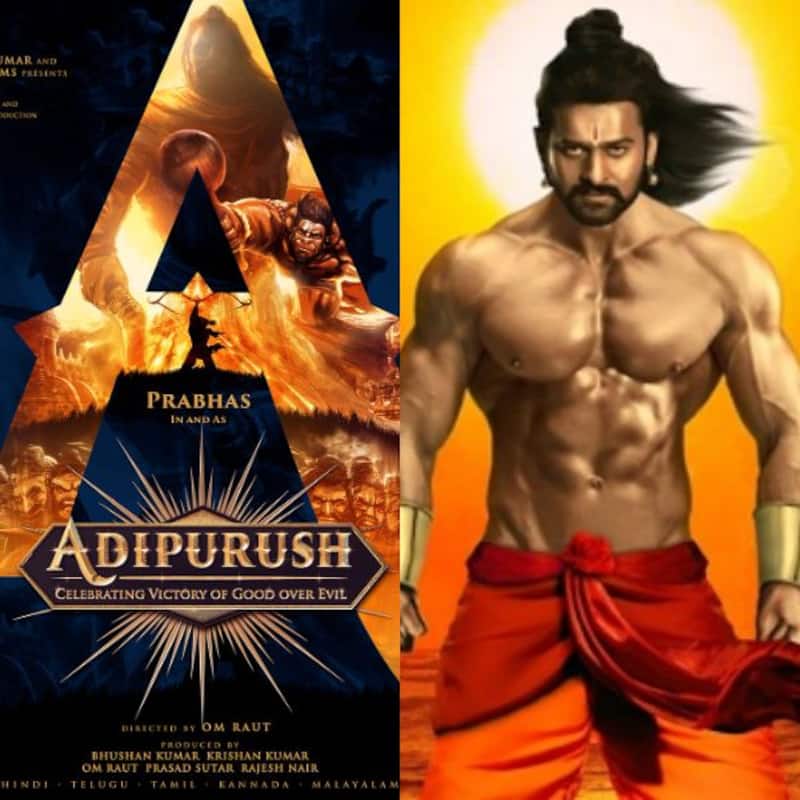 Prabhas starrer Adipurush is for all intents and purposes one of the most anticipated upcoming Indian films, and the fact that it's being projected as a pan-India film, mounted on lavish budget, against the backdrop of Hindu mythology, from the Director of Tanhaji: The Unsung Warrior, Om Raut, makes Adipurush all the more anticipated. That Being said, the Prabhas, Kriti Sanon and Saif Ali Khan starrer seems to be facing choppy waters now and that, too, due to its lead star. Also Read - Shahid Kapoor and Mira Rajput Kapoor's latest mushy pictures from Switzerland have PYAAR written over it in bold letters [VIEW HERE]

Prabhas hikes fee for Adipurush; budget shoots up by 25%

A well-placed source within the industry has exclusively apprised BollywoodLife that Prabhas has supposedly asked the makers of Adipurush to hike his fee to a jaw-dropping ₹120 crore. Earlier, his fee for the movie was said to be somewhere between ₹90-100 crore. What this has done now is apparently put the producers in a fix because on one hand, giving into Prabhas' demand shoots the budget up by about 25%, and on the other, with a sizeable portion of the film left to shoot, not giving into his demand could create unwanted friction on the setd. What's more astonishing is the actor's demand despite the disastrous performance of Radhe Shyam at the box office. Also Read - Sanjeeda Shaikh-Aamir Ali, Shweta Tiwari-Abhinav Kohli, Charu Asopa-Rajeev Sen and more celebs whose young kids suffered because of their ugly splits

Amongst other unwanted news for the film, it seems Prabhas fans are also quite upset as after being announced in mid 2020, there's been relatively no update from the makers, except for the inclusion of Saif Ali Khan as the chief antagonist and Kriti Sanon as the leading lady, which seems to have tested the patience of Prabhas fans, who had vented their annoyance on Twitter by trending 'Wake Up Team Adipurush'. Check out the best #WakeUpTeamAdipurush tweets below: Also Read - Kapil Sharma flaunts his CLASSIC English in Canada; trolls Chandan Prabhakar saying, 'Open jeep khuli hondi hai bro' [WATCH HILARIOUS VIDEO]

Take Seriously About #Adipurush Movie , I think U r neglecting This without giving Hype for the Movie , Then What is the need Of Doing a Big Movie With India's Biggest Pan Indian Star without Promotions sir @omraut ? #WakeUpTeamAdipurush

It's been 2 years since u have announced this project. Still u didn't give any single update about the film except Announcement of crew. Please don't play with our Patience.@omraut#WakeUpTeamADIPURUSH
Please announce the first look Update. https://t.co/sKI2CcWgwp

Dear @omraut wakeup and give us a glimpse /first look. pic.twitter.com/mBR54JO3Sh

What is #Prabhas stature and what the hell you guys are doing by not providing any update from #Adipurush ?#WakeUpTeamADIPURUSH ??@omraut @TSeries pic.twitter.com/UECWTaM3Yo

What's your problem @omraut , pls release #Adipurush first look asap, it will kick start our next election campaign and help us to win next election !#WakeUpTeamADIPURUSH

Adipurush has all the potential & capacity to become as one of the India's biggest hits..so start giving regular updates & maintain some hype @rajeshnair06 @omraut ?#WakeUpTeamADIPURUSH

Without official confirmation People around India are much awaited for #AdiPurush

If you don't take care abt updates and Promotions. It will be tough task around South India
Please take special concern &start giving updates#WakeUpTeamADIPURUSH

Atleast Give FirstLook Of #Adipurush For Which whole india is waiting For ???️?️ @omraut in real soon #WakeUpTeamAdipurush

Give atleast one poster, still or update related to ur biggest film @TSeries @omraut