It seems like PV Sindhu's latest post with Allu Arjun appears to be a sly dig at trolls who fat-shamed the Pushpa star by calling him 'vada pav'. She shared her fangirl moment with the actor by calling him by his nickname the 'stylish star'. 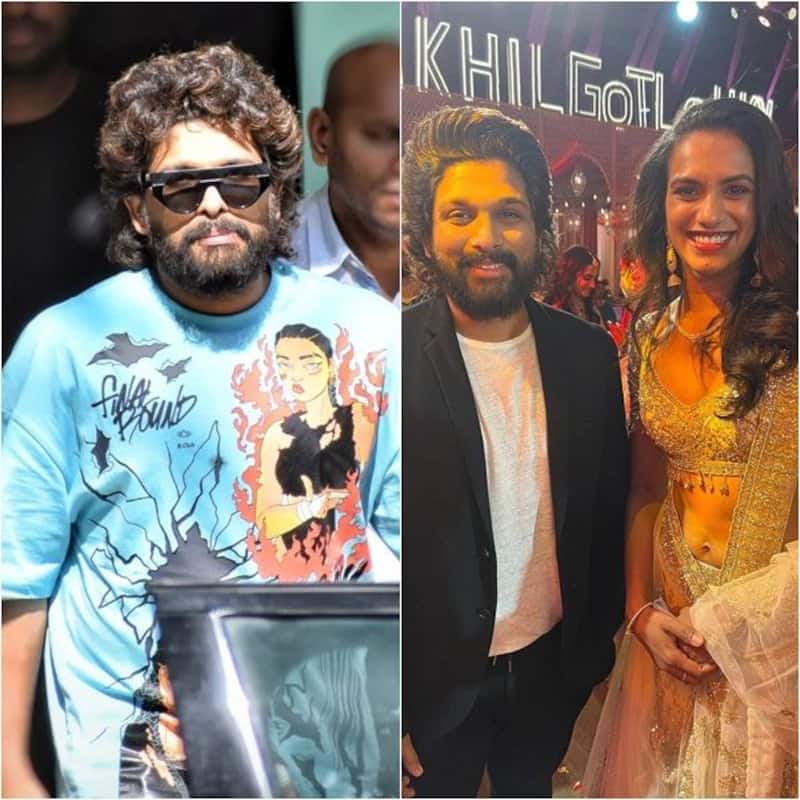 A couple of days ago, Allu Arjun got brutally fat-shamed by netizens for his latest appearance. He was spotted in Hyderabad and looked bulky in a printed T-shirt with black trousers. Online users were quick to call him 'vada pav' and a 'buddha'. But it seems like the queen of the badminton PV Sindhu's latest post appears to be a sly dig at trolls. She shared her fangirl moment with Allu Arjun by calling him by his nickname the 'stylish star'. Also Read - Trending South News Today: Nayanthara-Vignesh Shivan's Spain vacay pictures go VIRAL, clarification on Vijay Sethupathi's casting in Pushpa 2 and more

The moment of the day came when Sindhu, who is the first-ever Indian woman to win two Olympic medals, was captured with Allu Arjun at the engagement ceremony of industrialist Nimmagadda Prasad's son Nikhil in Hyderabad. While Allu Arjun looked uber cool in a black blazer on a white shirt paired with white shoes, Sindhu looked beautiful in a lehenga. Also Read - Vijay Sethupathi to play negative role in Shah Rukh Khan’s Jawan but is he also a part of Allu Arjun’s Pushpa 2? Here’s what we know

Going by the picture, it looked as if Sindhu was over the moon when she came face-to-face with her favourite star. While posting the picture, Sindhu captioned it, "With the stylish star @alluarjunonline." The picture has taken the Internet by storm as fans have flooded her post with loving comments. Also Read - South News weekly rewind: Naga Chaitanya on his tattoo with Samantha Ruth Prabhu connection, Rashmika Mandanna opens up about her BREAKUP with Vijay Deverakonda and more

Meanwhile, following the success of Pushpa: The Rise starring Allu Arjun and Rashmika Mandanna, the delay in beginning production on the second instalment of Sukumar's much-anticipated movie, Pushpa: The Rule, has sparked a lot of discussion.

According to the reports, Pushpa: The Rule's script is still being written, and Sukumar and his crew aim to begin shooting in August. This was primarily owing to Sukumar's inability to devote enough time to the writing sessions due to a minor health condition.

The Pushpa sequel is set to cross borders and have a multinational setting in which Allu Arjun will be challenged against all odds. Fahadh Faasil will play a pivotal role in Pushpa 2, and his character in the movie is expected to astound everyone.