Tamil political leaders have been quite vocal about discouraging smoking and drinking and has been lashing out at actors. 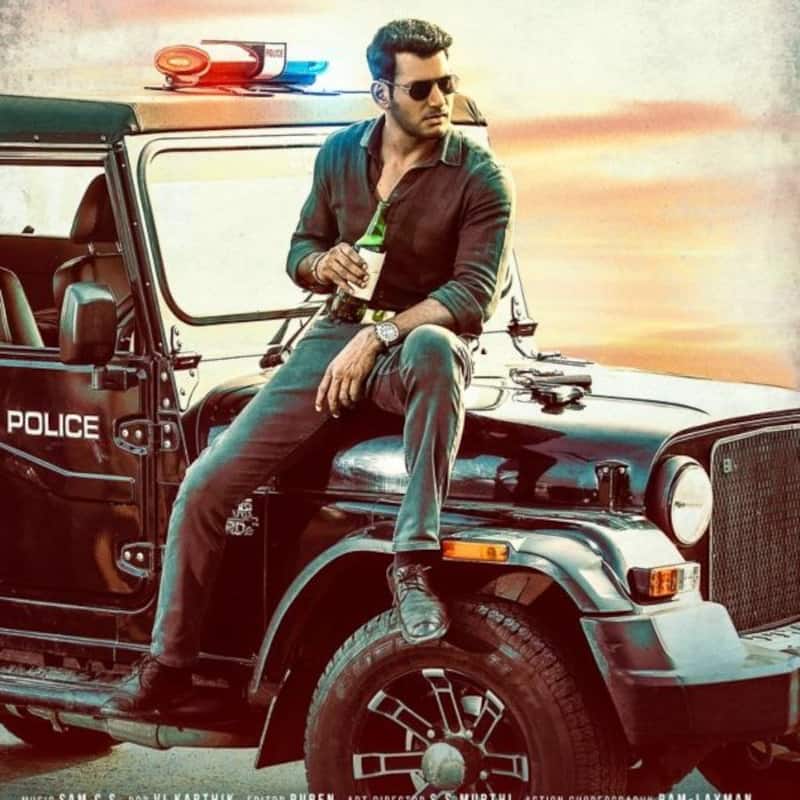 Jr NTR-starrer Temper is being remade in Tamil with Vishal in the lead role. The remake, which is titled Ayogya, is being directed by Venkat Mohan who was an erstwhile assistant of A. R. Murugadoss. The first look poster of Ayogya was released yesterday and turned out to be quite impressive. Vishal’s badass look as a corrupt cop has gone viral on social media and the actor’s fans are eagerly waiting to hear more about the film. But just when we thought everything was going well, the film seems to have landed in a controversy. Pattali Makkal Katchi (PMK) leader Dr S Ramadoss has criticised Vishal for holding a beer bottle in the poster which indirectly glorifies drinking. Ramadoss tweeted in Tamil saying that he is upset with Vishal for using a poster like that despite being the president of TFPC. "As a secretary of Nadigar Sangam, I expect Vishal to have a certain level of social responsibility. What is he trying to imply through the poster?" reads Ramadoss' tweet when roughly translated. Also Read - Diwali 2021: Sooryavanshi, Antim, Annaatthe, Resident Evil and 5 more firecrackers set to create a DHAMAKA in theatres this festive month – view pics

Anothe political leader, Anbumani Ramadoss too had earlier lashed out at Thalapathy Vijay too for smoking on the poster of Sarkar which eventually caught the attention of the Tobacco Regulation Board of TN. The poster was later removed by the makers from all their social media assets. While Vishal hasn’t yet responded to these remarks by Ramadoss, the makers are expected to respond soon through their official representatives. Also Read - Trending South News Today: Samantha Ruth Prabhu signs her Bollywood debut film, Vishal vows to continue late Puneeth Rajkumar's noble work and more

Tamil political leaders have been quite vocal about discouraging smoking and drinking and has been lashing out at actors, especially the ones who have a huge fan-following, for promoting these habits. But the irony of the situation, that some Twitter users have pointed out, is that the films targeted by political outfits have been the ones that have been blockbuster hits. So, going by that logic, will Ayogya too be a super hit? Also Read - RIP Puneeth Rajkumar: Enemy actor Vishal vows to continue THIS noble work of the late Kannada superstar

We will have to wait for the film to release to see that. Until then, stay tuned to BollywoodLife.