Akhanda: Superstar Nandamuri Balakrishna will be playing a dual role for the 16th time in his career – deets inside

Miryala Ravinder Reddy is producing Akhanda for noted production house Dwaraka Creations. Pragya Jaiswal has been cast as the female lead opposite Nandamuri Balakrishna in the movie while Srikanth will also be seen in a crucial role.

Superstar Natasimha Nandamuri Balakrishna’s upcoming flick Akhanda being directed by Boyapati Srinu marks their third collaboration. Expectations are quite high on the project, given the two films in the actor and director’s combination were blockbusters and the second teaser of Akhanda that presented Balakrishna as an Aghora was well received. Though the first teaser too got wonderful response, the second teaser got record views. It indeed became the fastest from Telugu cinema to cross 50 million views. Also Read - RRR: Makers of Jr NTR-Ram Charan starrer share an exciting update about the film and it will make all movie buffs jump with joy

What's more, Nandamuri Balakrishna, who's made it a habit of essaying dual roles in his career, having appeared as more than one character with the same visage no less than fifteen times already in his illustrious film career, will be playing a double role for the sixteenth time with Akhanda, one of which will have him portray the part of an Aghori. Also Read - Trending South news today: Allu Arjun's action scene from Pushpa leaked, Jr NTR-Ram Charan's RRR to clash with Nandamuri Balakrishna's Akhanda and more

Akhanda’s last shooting schedule commences from today in Hyderabad. With this it will be a wrap for the production of Akhanda. The makers have released a working still where Boyapati can be seen discussing with Balakrishna who appears in aghora avatar. Check it out below: Also Read - Trending South News Today: Pooja Hegde spills the beans on Radhe Shyam release date, Nandamuri Balakrishna and Boyapati Srinu shoot Akhanda climax and more 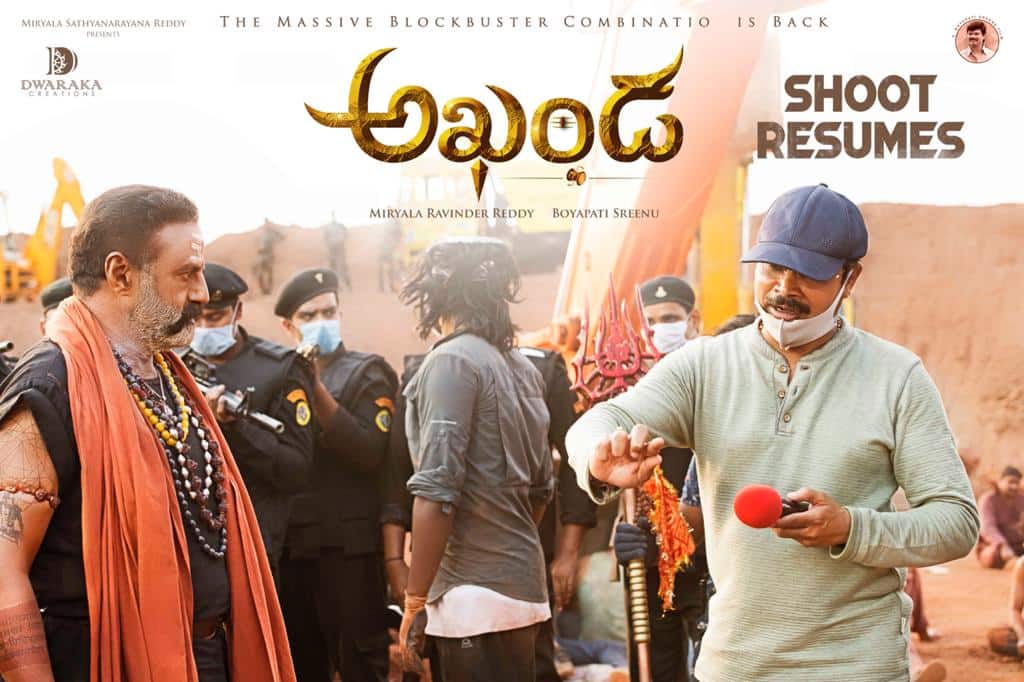 Miryala Ravinder Reddy is producing Akhanda for noted production house Dwaraka Creations. Pragya Jaiswal has been cast as the female lead opposite Nandamuri Balakrishna in the movie, whereas Srikanth will also be seen in a crucial role. S Thaman renders the soundtrack, while C Ram Prasad cranks the camera. Kotagiri Venkateshwara Rao is the editor. So how excited are you for NBK next Telugu biggie, Akhanda. Tweet and let us know @bollywood_life .