Allu Arjun, Allu Sneha Reddy and their cute little munchkins, Allu Ayaan and Allu Arha are vacationing in Switzerland. They can be seen ski-ing or having a stroll down the lakeside or even posing for the most adorable family picture while holidaying. 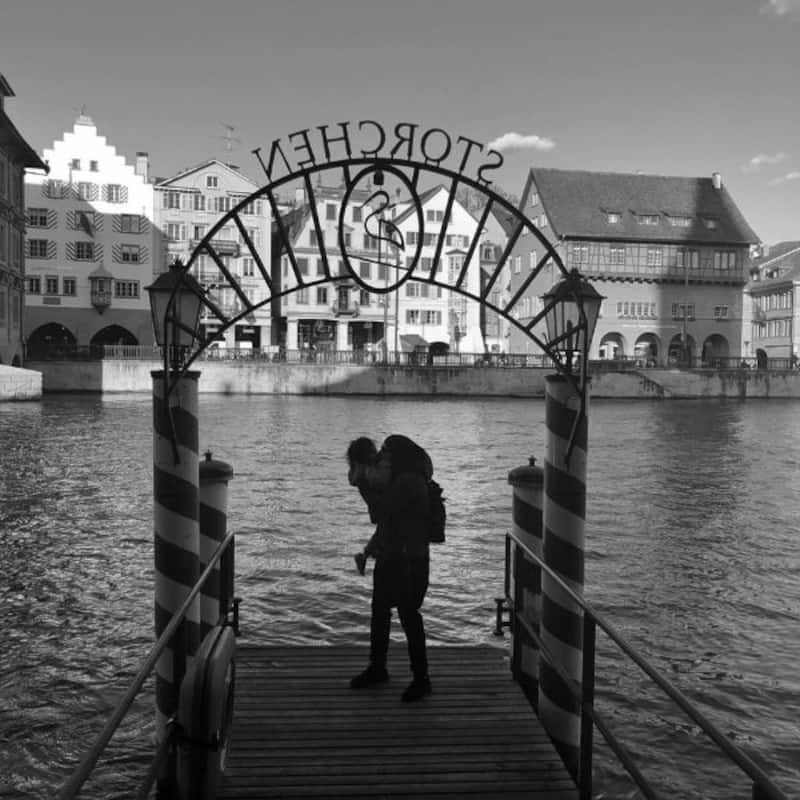 Allu Arjun and Sneha Reddy make one of the most handsome couples in Tollywood. The stylish star is often showered loved and appreciation from his fans for his films and projects. They wait for him to make an announcement and to catch the glimpse of the actor on the silver screen. While he would be the sassy star on screen he is a complete family man in real life. Currently, the actor is having a gala time with his family. Allu Arjun, Allu Sneha Reddy and their cute little munchkins, Allu Ayaan and Allu Arha are vacationing in Switzerland and Sneha is sharing some really cute moments between the doting father and his kids. Also Read - Trending South News Today: Reason why Mahesh Babu did not shave his head after father's death; Vijay Deverakonda to join Prabhas in Salaar and more

Sneha shared one such moment of Allu Arjun and daughter which is the most adorable candid you will see today. Ällu Arjun is seen cradling his daughter who is the apple of his eye in his arms. They are standing on the deck near a canal. Although the picture is a monochromatic one, their immense love can be felt. Sharing the image, Sneha wrote, "#fatherdaughter ❤️" Have a look at their picture here: Also Read - Vijay Deverakonda, Yash, Mahesh Babu and more popular South Indian actors' education qualification will leave you shocked

Both Allu Arjun and Sneha have been sharing pictures on their respective social handles. They can be seen ski-ing or having a stroll down the lakeside or even posing for the most adorable family picture while holidaying. Have a look at their pictures here: Also Read - Trending South News Today: Allu Arjun is a fan of Ranbir Kapoor- Katrina Kaif's THIS romantic song; Hansika Motwani has the best bachelorette party and more

On his birthday last month, Allu Arjun announced three different projects. He will be seen working with directors Trivikram, Sukumar and Venu Sriram. Arjun's film with Trivikram began last month. It is his third outing with the filmmaker after Julayi and Son of Sathyamurty. He is working with Sukumar for the third time in a yet-untitled project, currently referred to as AA 20. Rashmika Mandanna has been finalised as the film's leading lady. The third film which Arjun announced was with director Venu Sriram and is titled Icon. The makers released a special poster to commemorate the announcement.

For more scoops and updates from the world of entertainment, stay tuned to Bollywoodlife...