Rashmika Mandanna is a goofball in real life. The actress who is currently in Manali for Ranbir Kapoor starrer Animal shared a goofy video enjoying some pool time. 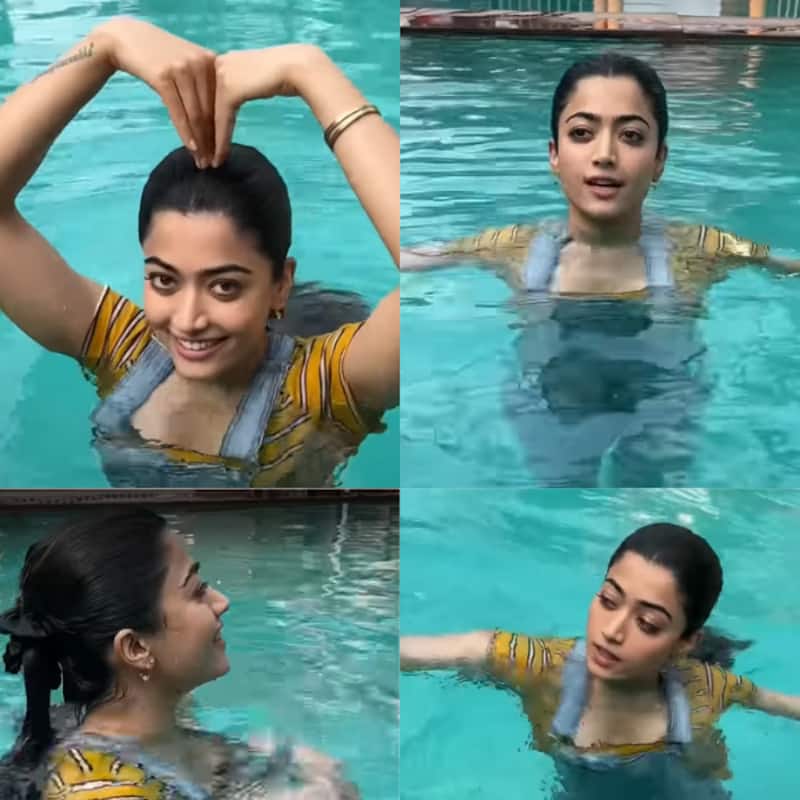 Rashmika Mandanna recently jetted off to Manali to kickstart shooting for her next Bollywood venture which is Animal alongside the recently married Ranbir Kapoor. Rashmika is known for her goofy charm off-screen. And that's what she has been doing around of late. Rashmika shared a short video of herself enjoying some free time in the pool. It seems from an old shoot from some other film where Rashmika was goofing around between the shots. The Pushpa actress's shot video is currently going viral and it's all thanks to her cuteness. Also Read - Katrina Kaif is pregnant? Actress and Vicky Kaushal's visit to Siddhivinayak Temple to seek blessings spark fresh rumours

It seems her manager clicked the video of Rashmika Mandanna. The Karnataka Crush is seen enjoying some pool time. She proclaims that she is a water baby when the videographer tells her that she sounds very happy in the pool. Rashmika ascertains saying that she is a water baby and loves her swimming time and shower time. She also turns goofy and starts playing around and posing in the pool. However, after a while, she says she is tired. It seems Rashmika had been shooting in the pool for some time now. Guess that's how Rashmika has been keeping up her spirits in the middle of the shoot. Check out the video here: Also Read - Bigg Boss 16: Gauahar Khan is the happiest with Salman Khan bashing Tina Datta and Shalin Bhanot in the Weekend Ka Vaar; calls him a rockstar

Fans are going gaga over Rashmika's cuteness in the video. She is indeed a cutie, especially, when she does a heart with her hands on her head. Talking about her work front, Rashmika, as told y'all, is in Manali for Animal. The film is helmed by Sandeep Reddy Vanga of Arjun Reddy and Kabir Singh fame. Animal goes on floors today. Rashmika replaced Parineeti Chopra in the film. Apart from Animal, the National crush also has Mission Majnu with Sidharth Malhotra, Pushpa 2 with Allu Arjun, Thalapathy 66 with Thalapathy Vijay, and Goodbye with Amitabh Bachchan and Neena Gupta and more. Also Read - TOP TV News Weekly Recap: Sheezan M Khan's family breaks silence in Tunisha Sharma suicide case, Tina Datta and Shalin Bhanot get verbal lashing on Bigg Boss 16 and more