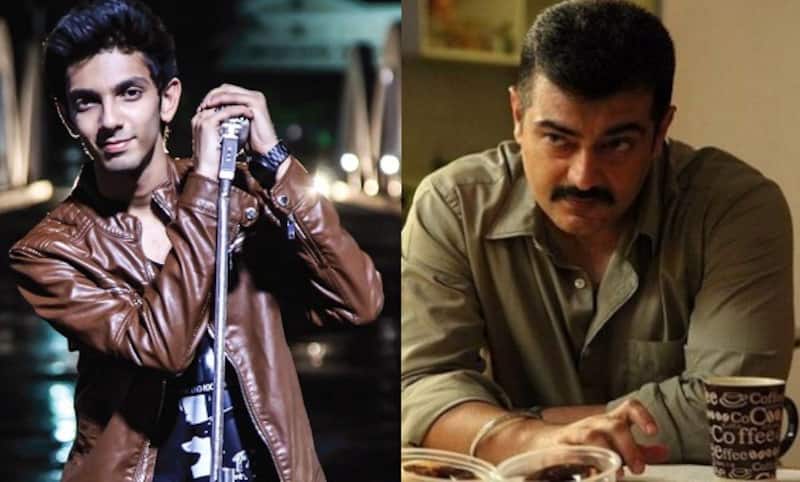 K-town's sensational composer dismissed the rumours of him losing out to GV Prakash on the coveted project, by posting a video tweet

VIP,Kaththi, Kakki Sattai, Maari and now Thala 56. Anirudh Ravichander, the young talented composer, seems to be the flavour of the season as he seems to have become the first choice of every filmmaker. After churning out chartbusters for Dhanush and Vijay in VIP and Kaththi respectively, Anirudh is all set to compose music for Ajith's 56th film. The film directed by Siruthai Siva also stars Shruti Haasan. Also Read - Before Anjali Arora, Jyothika, Nayanthara and more South Indian actresses MMS scandals left everyone shocked

An excited Anirudh tweeted," Happy and proud to announce that I will be scoring music for Ajith sir in #Thala56 :) @directorsiva Love, Anirudh". Earlier, reports were doing rounds that Anirudh has lost the film to fellow composer GV Prakash. But all that seems to be false, after Anirudh officially confirms his association with Ajith's film. Also Read - The Gray Man: Will Chris Evans join Ryan Gosling and Dhanush in Russo Brothers' sequel? Here's what we know [Exclusive]

GV and Anirudh are considered rivals in the Kollywood music space as they are both young. Though GV has been around for much longer than Anirudh, the Kolaveri music director has risen in his career rapidly. We hope that Anirudh continues to rock the music world and delivers one chartbuster after another in coming years. Also Read - Trending Hollywood News Today: Dhanush joins Ryan Gosling in The Gray Man sequel, Alec Bladwin brutally trolled and more