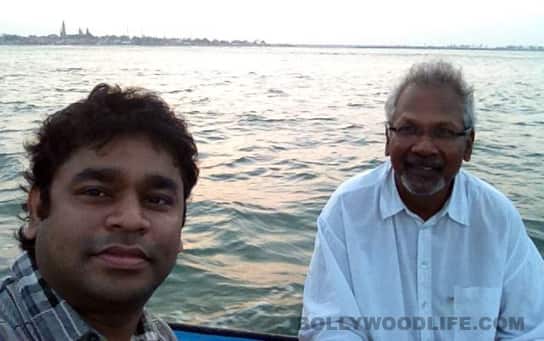 Ace director Mani Ratnam and Oscar-winning music composer AR Rahman have taken things quite literally and have been working on Kadal (out at sea). The director and music composer took a boat and ventured into the sea for a brainstorming session

Rahman, who uploaded a photograph of Mani and himself on a boat on his social networking page, posted that they were busy discussing the songs for or Kadal. “It was a brainstorming session,” Rahman added. With yesteryear hero Karthik's son Gautham and Samantha playing the lead roles, Kadal is billed as a romantic thriller, set against the backdrop of the lives of fishermen. The movie is simultaneously being made in Telugu as Kadali. Also Read - Kun Faaya Kun, Zinda Hoon Yaar, Arziyan: 6 songs that can relieve your stress in this second wave of COVID-19

Remember it was Mani Ratnam who launched Rahman's career as a music composer in Roja in the 1990s. Since then, there has been no looking back for the music maestro. Also Read - Indian Idol 12: From an emotional rollercoaster ride to mesmerizing tributes, 6 hints why A.R. Rahman’s episode will be an unmissable treat