Before Mahesh Babu, Suriya had spoken about working in Bollywood; Soorarai Pottru actor said, 'I don’t think we need to go there...'

Mahesh Babu's 'Bollywood can't afford me' statement had gone viral. But well, before the Sarkaru Vaari Paata actor, Soorarai Pottru star Suriya had also spoken up about working in Bollywood. 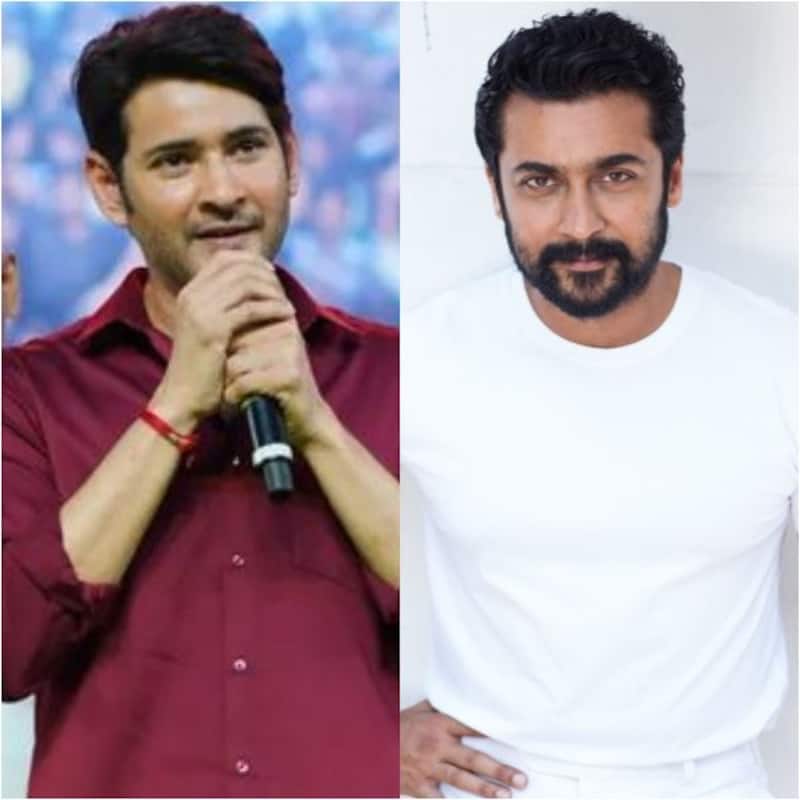 Allu Arjun’s Pushpa: The Rise, Ram Charan and Jr NTR starrer RRR, and Yash’s KGF: Chpater 2 are big South movies, but their Hindi dubbed versions also did exceptionally well at the box office. There has been a debate about South vs Bollywood going on and many celebs have spoken up about it. A couple of months ago, Mahesh Babu had opened up about making his Bollywood debut, and his statement had created a lot of controversies. Also Read - Dobaaraa Public Review: Anurag Kashyap, Taapsee Pannu’s movie is a Hit or Flop? [Watch Video]

The Telugu star had said, "I may sound arrogant, I did get a lot of offers in Hindi. But I think they can't afford me. I don't want to waste my time.” Also Read - 'FAHMAAN SOUL OF IMLIE STARPLUS' trends amid the reports of Sumbul Touqeer-Fahmaan Khan's show taking a leap and coming with season 2 [View Tweets]

Well, a lot of people on social media were not happy with Mahesh Babu’s statement and he trolled for it. Later, the Saakaru Vaari Paata actor had given a clarification on the same. Also Read - Liger: Rumours of Vijay Deverakonda throwing attitude at journalists totally BASELESS – here's the TRUTH

Mahesh Babu is not the only South actor who had spoken about not being keen on working in Bollywood. A few months ago, during the promotions of Etharkkum Thunindhavan, Suriya had said that if he gets a chance he will work in Bollywood, but he feels that they (South actors) don’t need to work in Hindi films to prove themselves.

He had said, “We will make them (Bollywood) talk about us by the work we are doing here. Of course, it’s a bigger industry and a bigger platform. If I get a chance, I’ll work in Bollywood. But I don’t think we need to go there to prove ourselves.”

Meanwhile, Suriya will be seen in a Hindi film soon. The actor has done a cameo in the Hindi remake of his movie Soorarai Pottru which stars Akshay Kumar in the lead role.

While informing his fans about the cameo, Suriya had tweeted, “@akshaykumar sir to see you as #VIR was nostalgic! @Sudha_Kongara can see our story beautifully coming alive again #Maara! Enjoyed every minute with team #SooraraiPottru Hindi in a brief cameo! @vikramix.”

.@akshaykumar sir to see you as #VIR was nostalgic! @Sudha_Kongara can see our story beautifully coming alive again #Maara! Enjoyed every minute with team #SooraraiPottru Hindi in a brief cameo! @vikramix pic.twitter.com/ZNQNGQO2Fq

By the way, not many would know that Suriya had done a Hindi film earlier as a lead. He was seen in Hindi-Telugu bilingual Rakta Charitra 2 which was directed by Ram Gopal Varma. It marked the actor’s debut in Bollywood and Tollywood.