After exchanging the wedding vows in Catholic rituals, lovebirds of the Malayalam industry Pearle Maaney and Srinish Aravind tied the knot as per Hindu tradition. The Hindu ceremony took place today, while the Catholic wedding had happened on May 5. Talking about the pictures, it looked like a dreamy affair, where Srinish donned a sandal coloured Kurta along with Mundu, while Pearle looked beautiful in a red Kanchipuram saree. The biggest surprise was the bride's saree, where the picture of the couple was engraved on it. The wedding, which took place in Karakurussi, Palakkad was attended by couple's close friends and family. 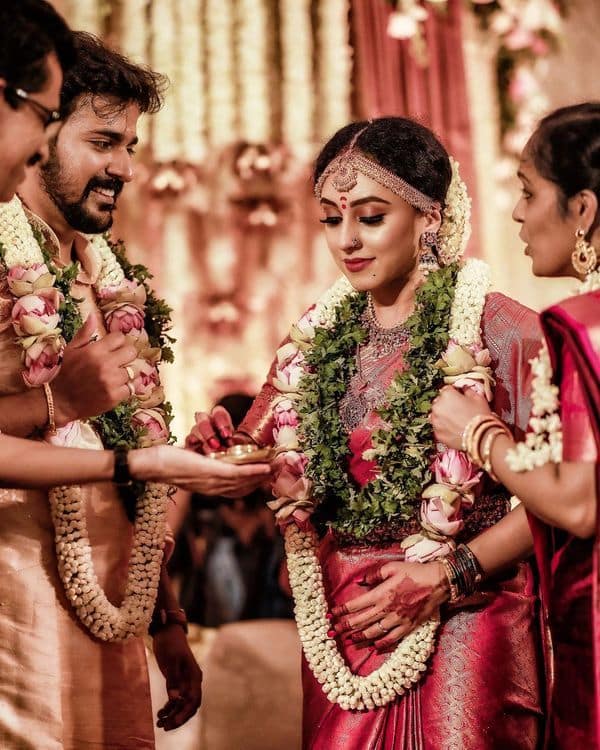 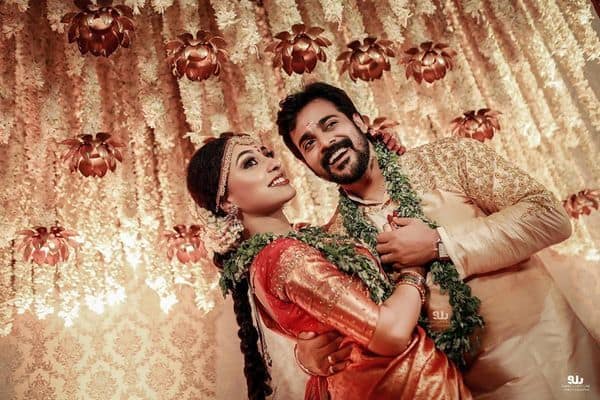 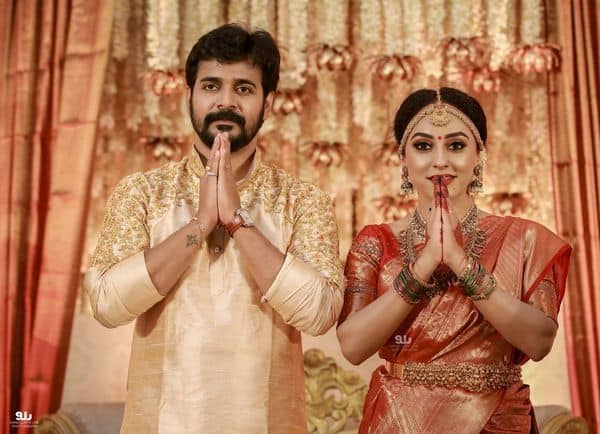 Pearle Maany and Srinish Arvind got engaged in January this year and made their relationship official. Pearle began her career as a VJ and later went on to act in quite a few Malayalam and Telugu film. Pearle shot to fame with her stint in Bigg Boss and is now one of the most popular celebrities in Malayalam cinema. Srinish Arvind has acted in several daily soaps in Tamil and Malayalam. Srinish too shot to fame with Bigg Boss and became a household name in the Malayalam industry.