Mahesh Babu met Bill Gates and the latter became the Telugu superstar's fan. Take a look at how Gates cannot get enough of the actor. 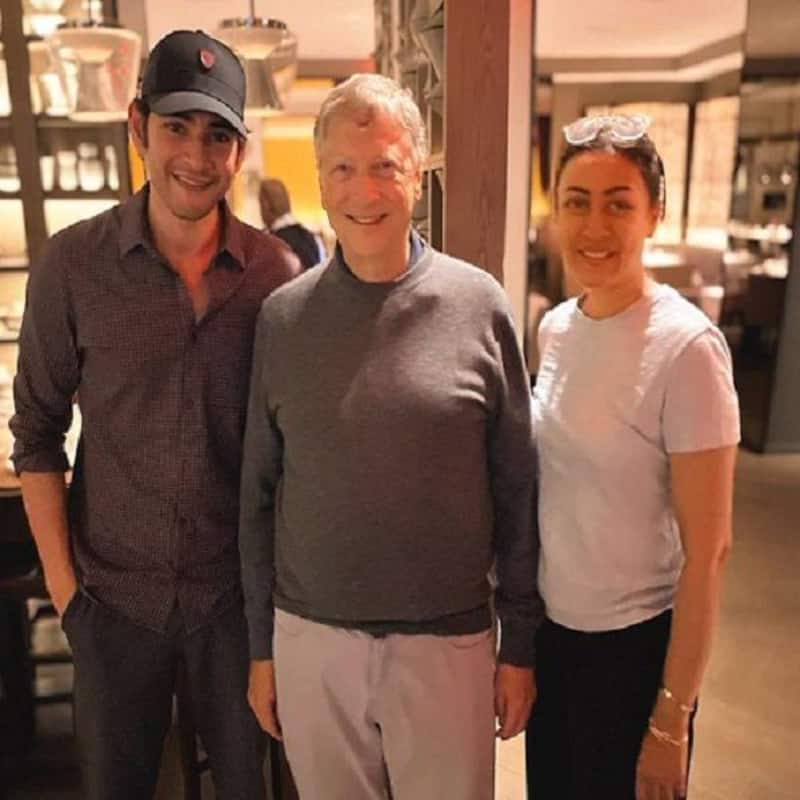 The south superstar Mahesh Babu is right now vacationing in New York along with his wife Namrata Shirodkar and his kids. The actor bumped into Mr. Bill Gates and even shared a picture of meeting the richest man alive. He took to his Instagram and wrote, "Had the pleasure of meeting Mr. @BillGates! One of the greatest visionaries this world has seen... and yet the most humble! Truly an inspiration!!." Bill Gates, who was happy to meet Mahesh Babu, started following the Telugu star on social media and responded to his tweet. He wrote, "Being in New York is always fun – you never know who you’ll run into. It was great meeting you and Namrata!." The internet is going bonkers over seeing Mahesh Babu and Bill Gates' bond. Indeed Mahesh Babu makes fans everywhere he goes and Bill Gates is one classic example. Also Read - Dream Girl 2: Not Tejasswi Prakash and Sara Ali Khan, but THIS star kid to romance Ayushmann Khurrana? [Read Deets]

Being in New York is always fun – you never know who you’ll run into. It was great meeting you and Namrata! https://t.co/qBykgcXDS6

Mahesh Babu on not working in Hindi cinema Also Read - 25 Years of Pardes: Not Mahima Chaudhary, but THIS A-list actress was the FIRST choice to romance Shah Rukh Khan

Mahesh Babu is one of the most successful and popular celebrities in India, and not many enjoy stardom as he does. Recently, Mahesh Babu was in the headlines after he made a statement that 'Bollywood cannot afford him'. The actor received a lot of backlash for the same. On not working in Hindi films, Mahesh Babu had said, "I did get a lot of offers in Hindi, but I don’t think they can afford me. I don’t want to waste my time working in an industry which can’t afford me. The stardom and the respect I get here (in the South) are huge, so I never really thought of leaving my industry and going to some other industry. I have always thought of doing films and becoming bigger. My dream is coming true now and I can’t be happier." Also Read - Happy Birthday Hansika Motwani: From a child actor in Koi Mil Gaya to ruling South film industry; here’s a look at the actress’ wonderful journey

Later, the Telugu superstar clarified that he is happy working in Telegu cinema as he is emotionally attached to his audience and they understand him and his emotions.