Playing Stephen Nedumpally, Mohanlal proved once again why he is considered as an elite actor.

The first quarter of 2019 was a roller coaster ride for cinegoers in South cinema with a whirlwind of films being released. In Telugu, NTR biopic, Yatra and many other films were released which received overwhelming response from audience. Mammootty stole the show with his portrayal as YSR in Yatra and stood as a strong contender for the Best South Actor award in the first quarter of 2019. In Tamil, Vijay Sethupathi delivered a thumping performance in Super Deluxe as a transgender and fans termed his act as master class. We conducted a poll for the Best South Actor with nominations as Mammootty in Yatra, Mohanlal in Lucifer, Puneeth Rajkumar in Natasarvabhowma and Vijay Sethupathi in Super Deluxe. And you have picked your choice. The Complete Actor Mohanlal walked away with the Best South Actor award with majority of votes. Also Read - Dhanush, Mammootty, Thala Ajith and more: 5 actors who clashed with Thalaivar Rajinikanth at the box office 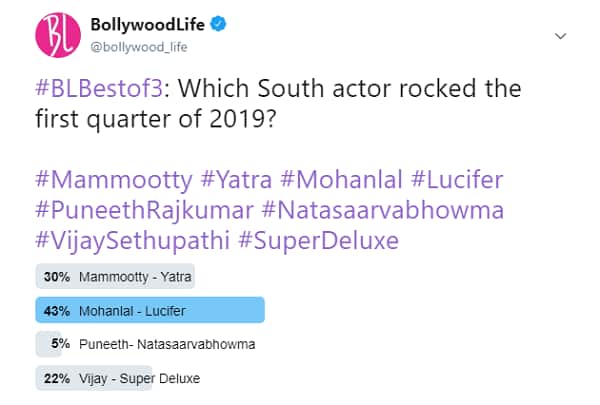 Playing former Chief Minister of Andhra Pradesh YS Rajasekhara Reddy, Mammootty delivered a thundering performance. The Malayalam Megastar made a comeback in Telugu cinema after almost two decades and how. With 30% of votes, he was a tough competition for the Best South Actor award. 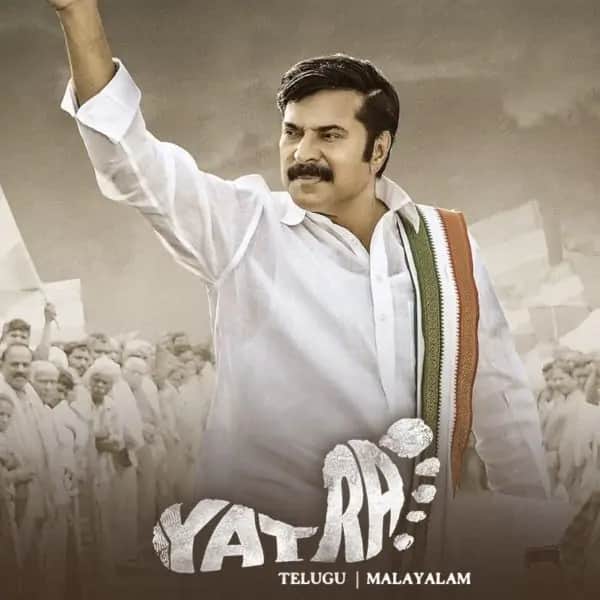 Playing Stephen Nedumpally, Mohanlal proved once again why he is considered as an elite actor. Lucifer also marked the debut of actor Prithviraj Sukumaran as director in Malayalam. Mohanlal won the Best South Actor award after fans gave him majority of votes which summed up to 43%. 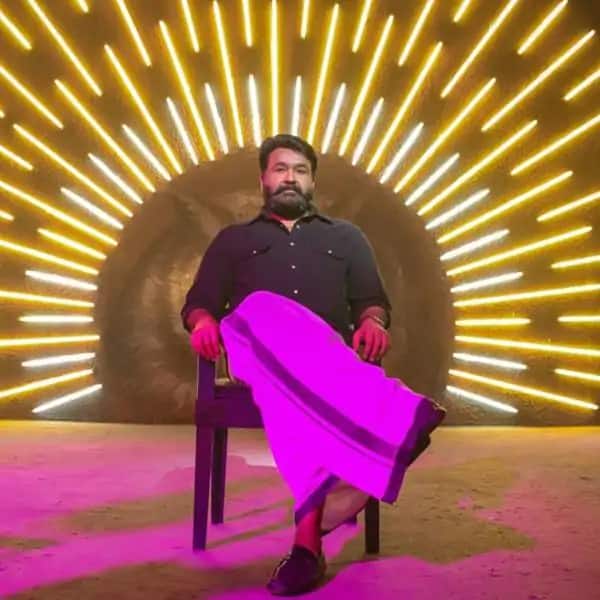 The Pizza actor added another film to his list of acclaimed films with Super Deluxe. Playing a transgender, Sethupathi stole millions of hearts with his heart-wrenching and honest portrayal. With 22% of votes, Vijay was in the race till the end. 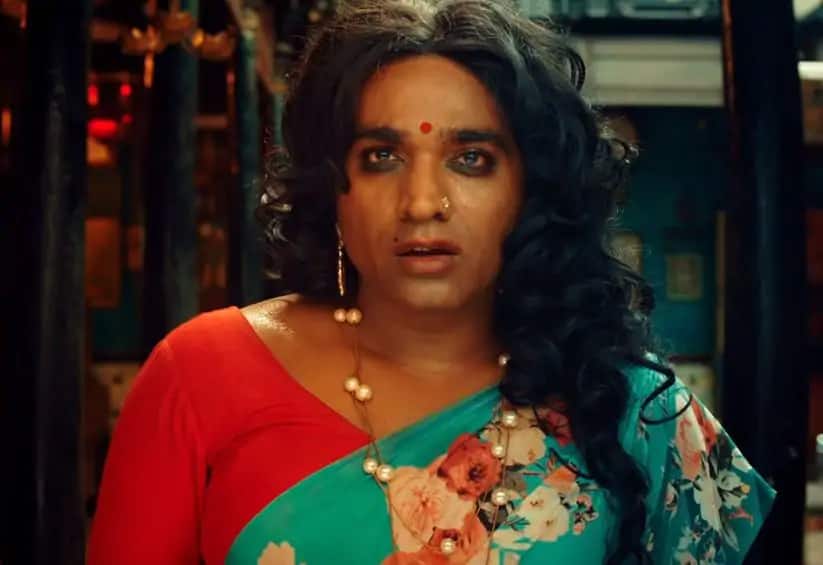 The powerstar of Kannada cinema began 2019 with a bang with this commercial entertainer directed by Pavan Wadeyar. Puneeth, fans believe, delivered his career best performance in this film. However, that couldn't translate into the force which could have won him the Best South Actor award. 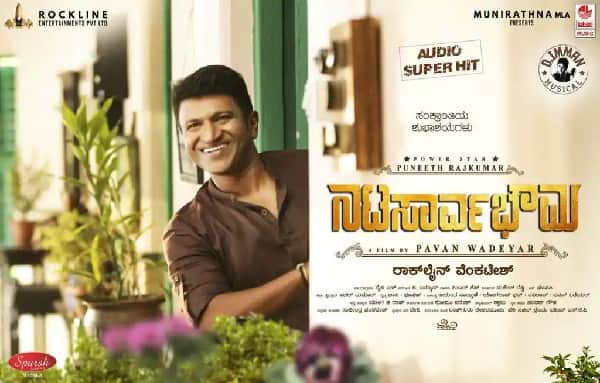 Stay tuned to BollywoodLife for more such polls, interviews and exclusive updates.