#BLBestOf6: Ala Vaikunthapurramuloo BEATS Sarileru Neekevvaru and Psycho to be the Best South Film of 2020 so far— view poll result 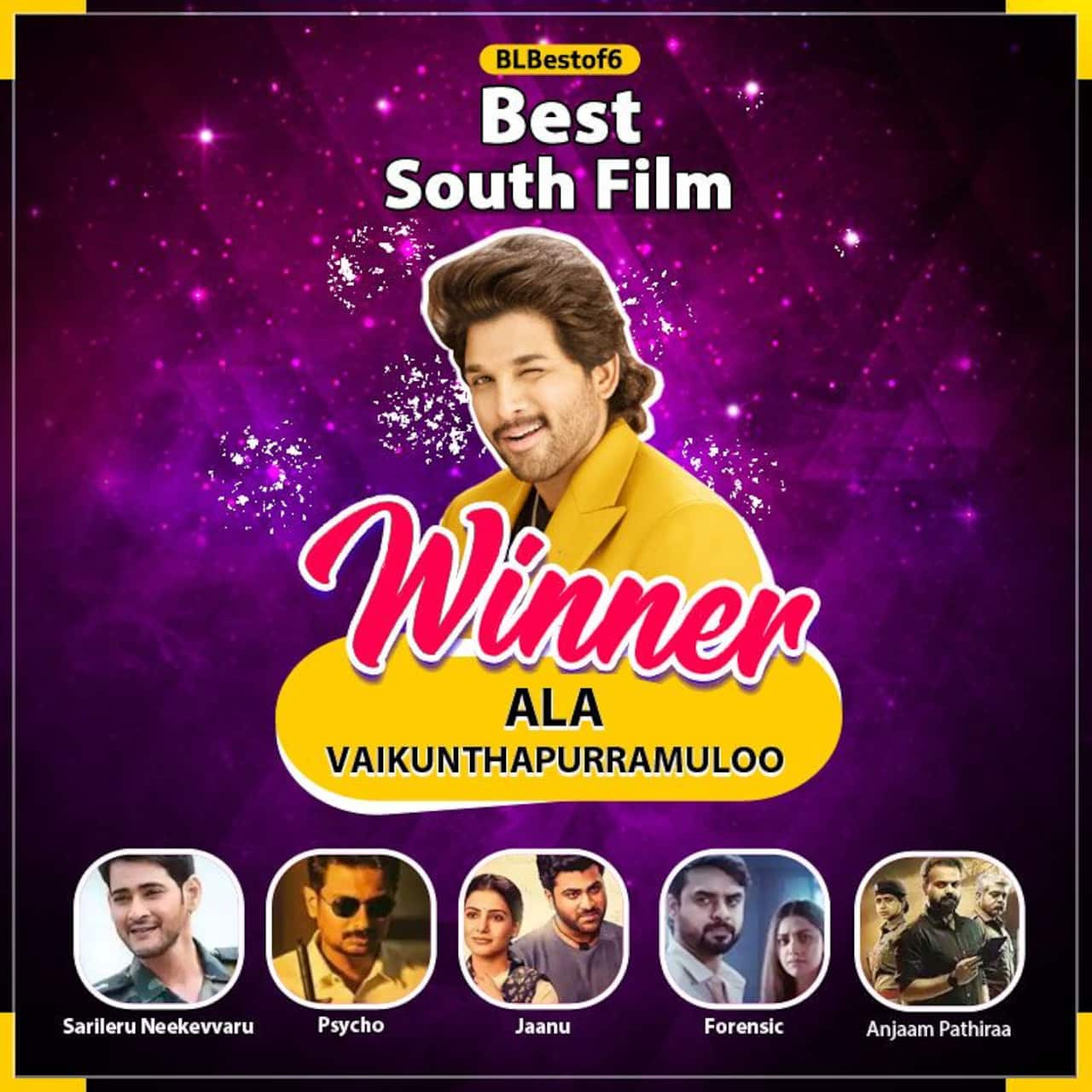 Not many films released this year due to the pandemic. However, before the lockdown we saw quite a handful of films released in the cinema halls that entertained the audience. And as we are in July, like every year, we conducted #BLBestOf6 which is our half-yearly polls in which you select the Best out of the best. Today, we are declaring the results of the Best South Film of the first half of 2020. We had some amazing nominees like Ala Vaikunthapurramuloo, Sarileru Neekevvaru, Psycho, Jaanu, Forensic, Anjaam Pathiraa. But one dominated the rest and it's none other than Allu Arjun-Pooja Hegde starrer Ala Vaikunthapurramuloo. Also Read - Shehzada: Goldmines Telefilms' Manish Shah opens up on releasing Hindi dubbed version of Ala Vaikunthapurramuloo ahead of Kartik Aaryan starrer

Yes, Stylish star Allu Arjun's rom-com was a sleeper hit at the box office. It was a Sankranti special release and fans were overjoyed to see Allu Arjun collaborating with Pooja Hegde after Aravinda Sametha Veera Raghava and Duvvada Jagannadham. Their chemistry in the film was one of the talking points of the film. Their dance numbers especially, Ramulo Ramula and Butta Bomma were a huge hit among the masses. Samajavaragamana, a romantic track was also a hit. With Ala Vaikunthapurramuloo, Allu Arjun has collaborated with director Trivikram Srinivas for the fourth time. His previous three collaborations being-Aravinda Sametha Veera Raghava, Julayi and S/O Sathyamurthy. Also Read - Will Allu Arjun’s Ala Vaikunthapurramuloo Hindi version release take away charm of Kartik Aaryan’s Shehzada?

Talking about the votes, Ala Vaikunthapurramuloo earned 47 per cent votes and clearly dominated the rest of the nominees. Mahesh Babu-Rashmika Mandanna starrer Sarileru Neekevvaru got about 18 per cent votes and is the second-highest on the list. Forensic saw Mamta Mohandas as a cop and Tovino Thomas as a medico and legal expert. The film got thumbs up from the critics. Hence, it's on the third spot with 13 per cent votes. Also Read - Shehzada: Allu Arjun fans miss the swag in Kartik Aaryan starrer remake of Ala Vaikunthapurramuloo [VIEW TWEETS]

Next, with 11 per cent votes is Udhayanidhi Stalin, Aditi Rao Hydari and Nithya Menen's Pyscho. Samantha Akkineni and Sharwanand's Jaanu got about 8 per cent votes while Kunchacko Boban starrer Anjaam Pathiraa earned about 3 per cent votes. Have a look at the results here: 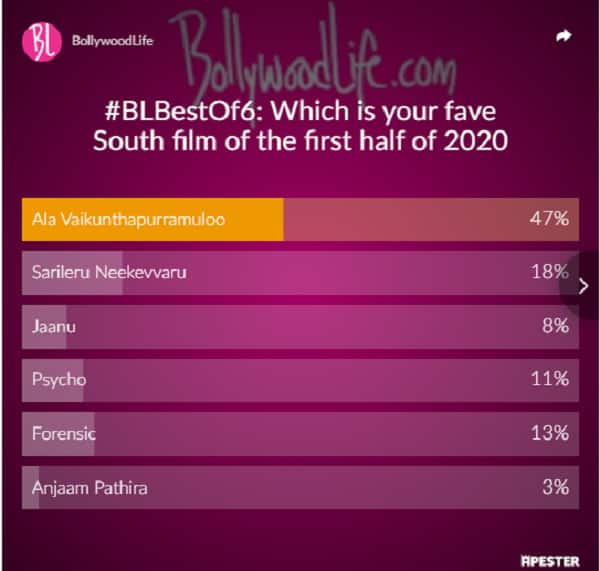 Which of the aforementioned films did you vote for? Let us know by tweeting to us @bollywood_life .