#BLBestOf6: Allu Arjun-Pooja Hegde in Ala Vaikunthapurramuloo are hands down the Best South Jodi of 2020 so far 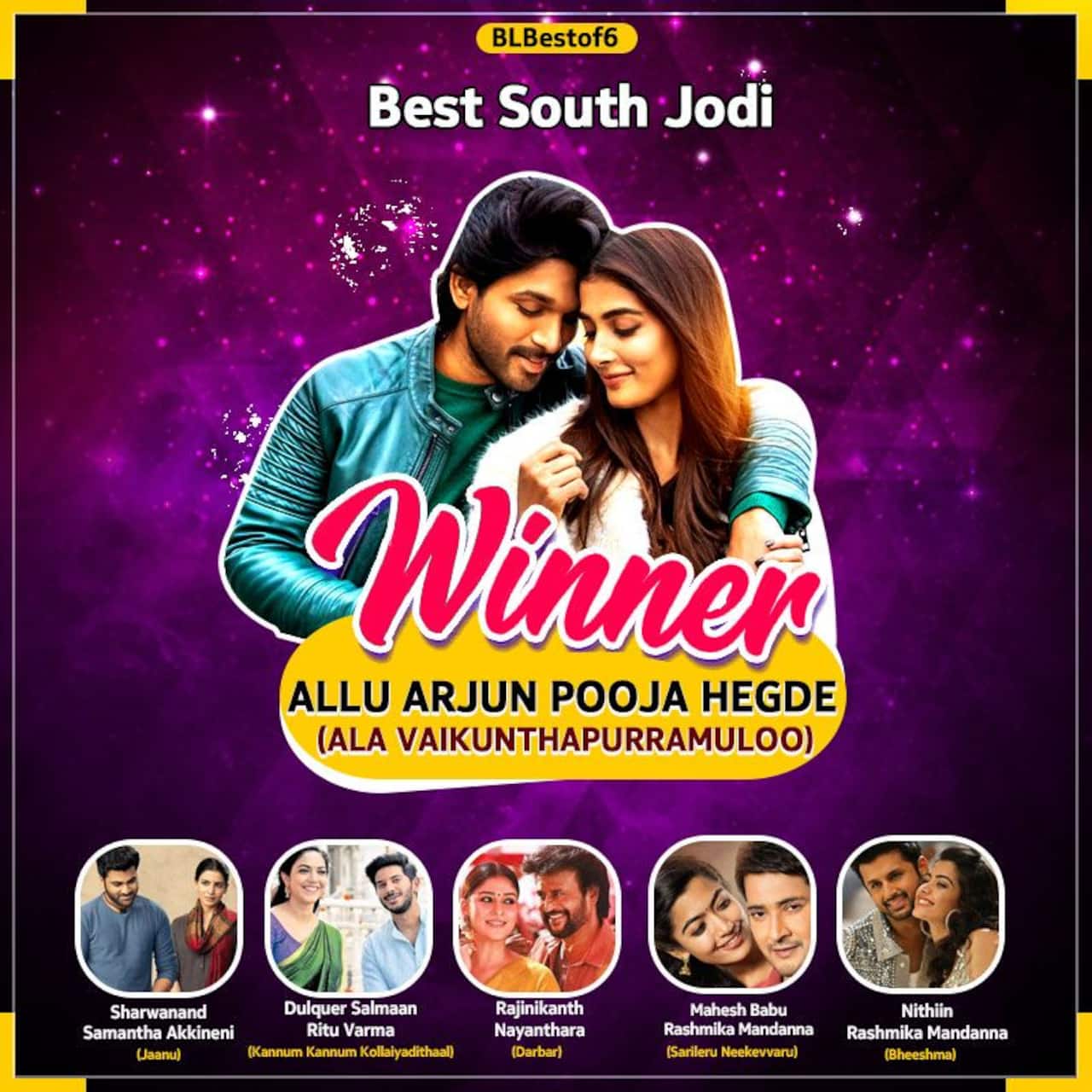 The year 2020 has been pathetic in all ways. However, the South film industry saw some good films in the first half of 2020. The Telugu film industry had hits like Ala Vaikunthapurramuloo, Sarileru Neekevvaru, Bheeshma to name a few. BollywoodLife recently conducted its mid-year poll to find out which Jodi got the maximum love from the audience. And the results are hardly surprising. Fans went crazy about Allu Arjun and Pooja Hegde in Ala Vaikunthapurramuloo. They have done a film before, Duvvada Jagannadham but the fun in this Trivikram Srinivas film was something else altogether. Butta Bomma has become one of the most loved Indian songs on YouTube. Even Aussie cricketer David Warner made a TikTok video on him with his wife, Candice. Also Read - Shehzada: Goldmines Telefilms' Manish Shah opens up on releasing Hindi dubbed version of Ala Vaikunthapurramuloo ahead of Kartik Aaryan starrer 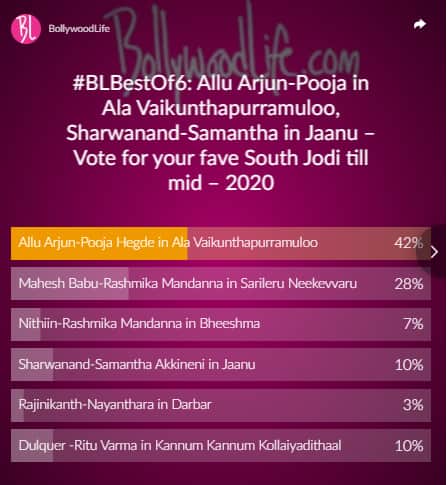 The duo from Ala Vaikunthapurramuloo got 42 per cent of the votes. In the film, Pooja Hegde and Allu Arjun had many comic moments. The movie was the perfect Sankranti family entertainer and fans loved their cuteness quotient. They scored more than Mahesh Babu and Rashmika Mandanna in Sarileru Neekevvaru who got 28 per cent votes. They came together for a film for the first time and it looks like we have a hit pair on hand. Incidentally, both these films were dominated by the male lead and these women did not have anything substantial to do. But being the perfect masala heroine is no mean feat. We had a tie for the third spot. Fans voted in equal numbers for the pairs of Dulquer Salmaan – Ritu Varma and Samantha Akkineni – Sharwanand in Kannum Kannum Kollaiyadithaal and Jaanu respectively. Also Read - Shehzada: Allu Arjun fans miss the swag in Kartik Aaryan starrer remake of Ala Vaikunthapurramuloo [VIEW TWEETS]

The ones who failed to score amongst the audience were Nithiin and Rashmika Mandanna from Bheeshma and Rajinikanth-Nayanthara in Darbar. While the first film was a box-office success, Darbar failed to recover its investment. We hope to see more of Allu Arjun and Pooja Hegde in upcoming projects as well. After all, a hit Jodi is meant to be cashed in on!