BollywoodLife.com had conducted #BLBestOf6 as a part of our half-yearly polls. Today, we are declaring the results of the Best South Trailer so far. From some amazing nominees, you have picked up Sarileeru Neekevvaru's trailer to be the best. Read on to know full results... 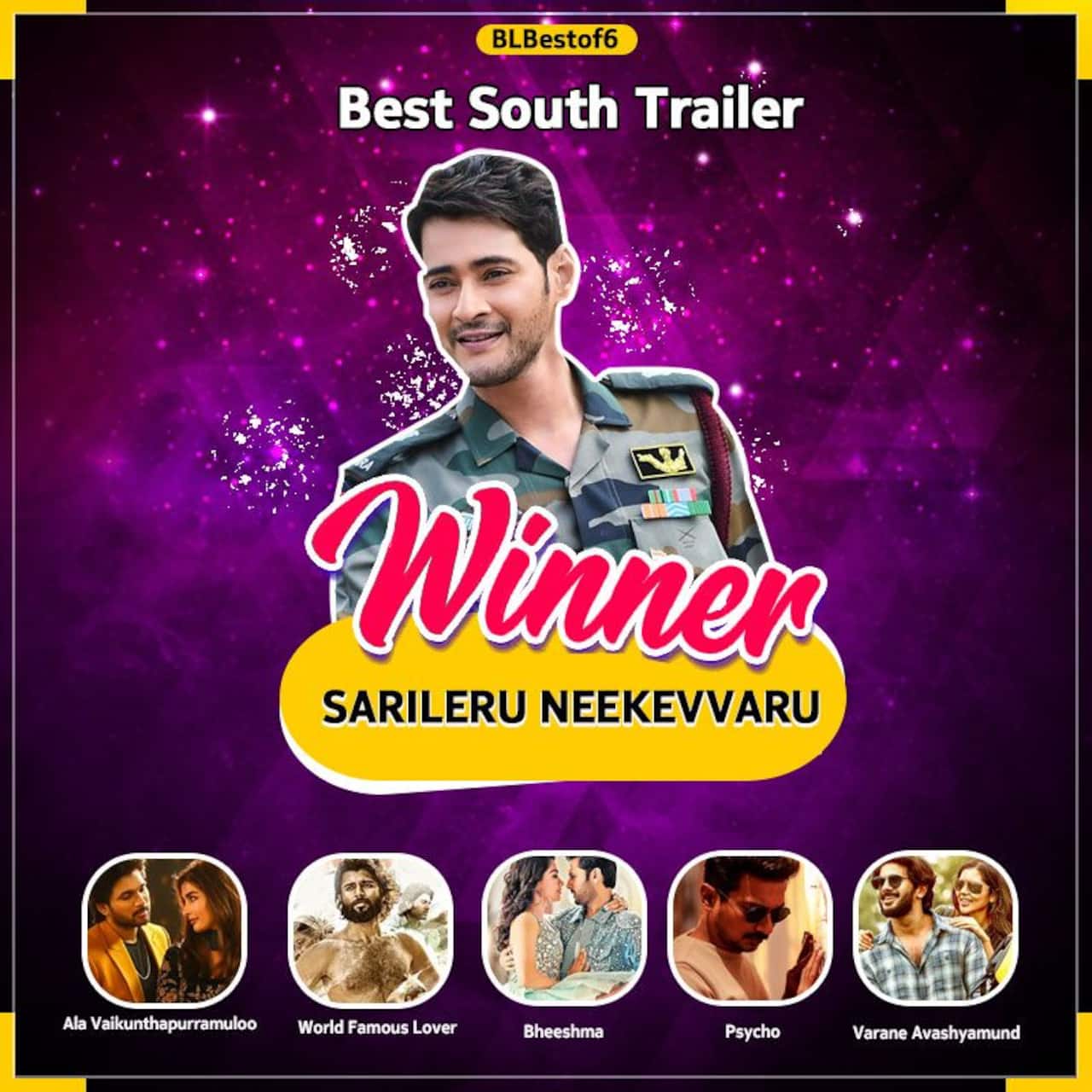 Apart from the first two and a half months, 2020 has been a terrible year, there's no denying that. How we cherish those busy, full of hullabaloo days that we lived NOT at home. Waiting for new releases, getting updates on movies to catch up with friends, how we all miss it. We know you do too. Being a part of the entertainment industry, we were always on our toes keeping a tab with what's going on. But, honestly, even we didn't have any idea as to what was in for us during the lockdown. Getting back to films, South Industry saw some amazing films releasing in the theatres. Unlike the Hindi film industry, they release everything back to back, from trailers songs, everything. Even then it's a huge celebration. Quite a handful of films released this year yet they were massy ones. Do you know what's the best part of pre-release promotions of films? TRAILERS. BollywoodLife.com had conducted half-yearly polls wherein you had to choose the best from the best. Today, we would like to declare the results of the Best South Trailer. To brush up your memory, the nominations were Ala Vaikunthapurramuloo, Sarileru Neekevvaru, World Famous Lover, Bheeshma, Psycho and Varane Avashyamund. And you have chosen Mahesh Babu starrer Sarileru Neekevvaru's trailer as the Best South Trailer of 2020 so far. Also Read - Before Bheemla Nayak, Pawan Kalyan starrers Attarintiki Daredi, Gabbar Singh, Kushi and more set the box office on fire

With 51 per cent votes, Mahesh Babu and Rashmika Mandanna starrer Sarileru Neekevvaru dominated the poll. Allu Arjun and Pooja Hegde's Ala Vaikunthapurramuloo is in the second spot with 36 per cent votes. Vijay Deverakonda, Aishwarya Rajesh, Raashi Khanna, Catherine Tressa and Izabelle Leite starrer World Famous Lover got just 2 per cent votes. Nithiin and Rashamika's Bheeshma got about 9 per cent votes. While Udhayanidhi Stalin's Psycho and Dulquer Salmaan and Kalyani Priyadarshan's Varane Avashyamund got 1 per cent votes each. Have a look at the results here: Also Read - Pawan Kalyan's Vakeel Saab BEATS Prabhas' Baahubali 2 and Mahesh Babu's Sarileru Neekevvaru at the box office — here’s how 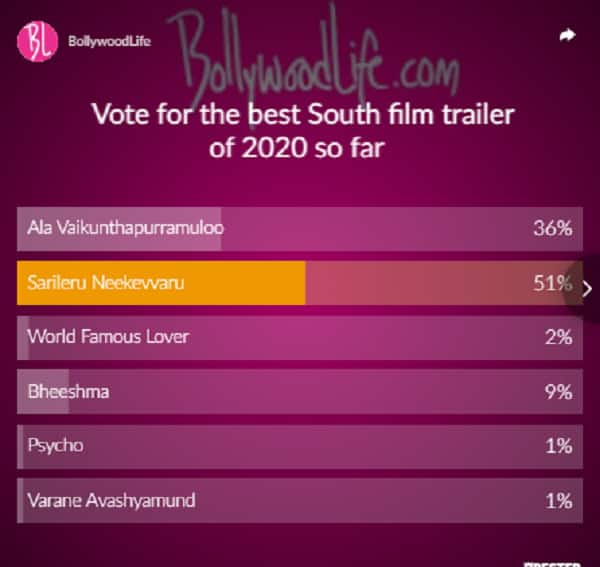 Which of the films did you vote for?