Major, based on real-life hero Sandeep Unnikrishnan, was previously slated for release on 2nd July 2021, and is carrying reasonable buzz, given how well its trailer was received. However, the makers have now made an announcement shaking things up.

The makers of the war biopic, Major, starring Adivi Sesh as martyr Sandeep Unnikrishnan, have announced that they'll be postponing the release of the film amid the coronavirus-led lockdown until the situation gets back to normal. Previously slated for release on 2nd July 2021, and carrying reasonable buzz, given how well its trailer was received, Major, based on the real-life hero, was scheduled for a multi-lingual release across the nation. The film, shot in Hindi and Telugu simultaneously, had also announced a release in Malayalam, widening the scope of reach amongst diverse sectors of the audience. Also Read - Antim: SAY WHAT! We never thought director Mahesh Manjrekar's daughter and Salman Khan's Dabangg 3 heroine Saiee Manjrekar would say this about Aayush Sharma [EXCLUSIVE]

Unfortunately, the current COVID-19 crisis has prompted the makers of Major to make an official announcement, deferring of release. Their press release reads: “We are living in unprecedented times and we hope you all are following all the safety protocols and staying safe. Our film Major, which was originally scheduled for a worldwide theatrical release on 2nd July, is now postponed to a later date. WE WILL ANNOUNCE THE NEW RELEASE DATE ONCE THINGS ARE BACK TO NORMAL. Times are tough but so are we. - Team Major.” Check it out below: Also Read - Priyanka Chopra-Nick Jonas, Shilpa Shetty-Raj Kundra, Mahesh Babu-Namrata Shirodkar – 9 couples whose DIVORCE rumours gave fans sleepless nights 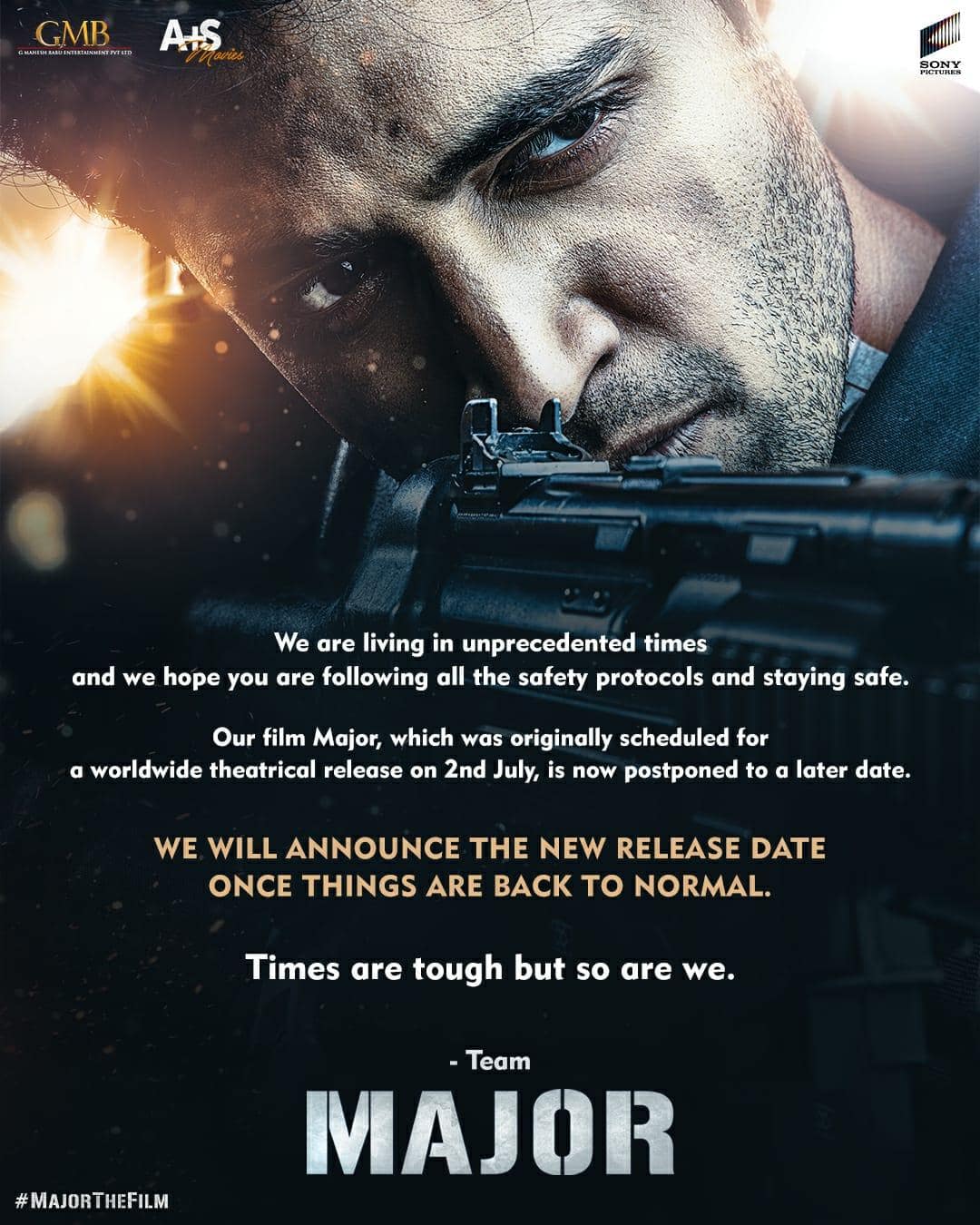 Earlier, the makers of Major had released the teaser of the film tracing the varied dimensions of Sandeep Unnikrishnan's life, from his childhood and teenage years to his glorious years in the army. Celebrating the heroics of Major Sandeep Unnikrishnan, Major not only depicts his heroic death, but also embraces the spirit with which he lived.