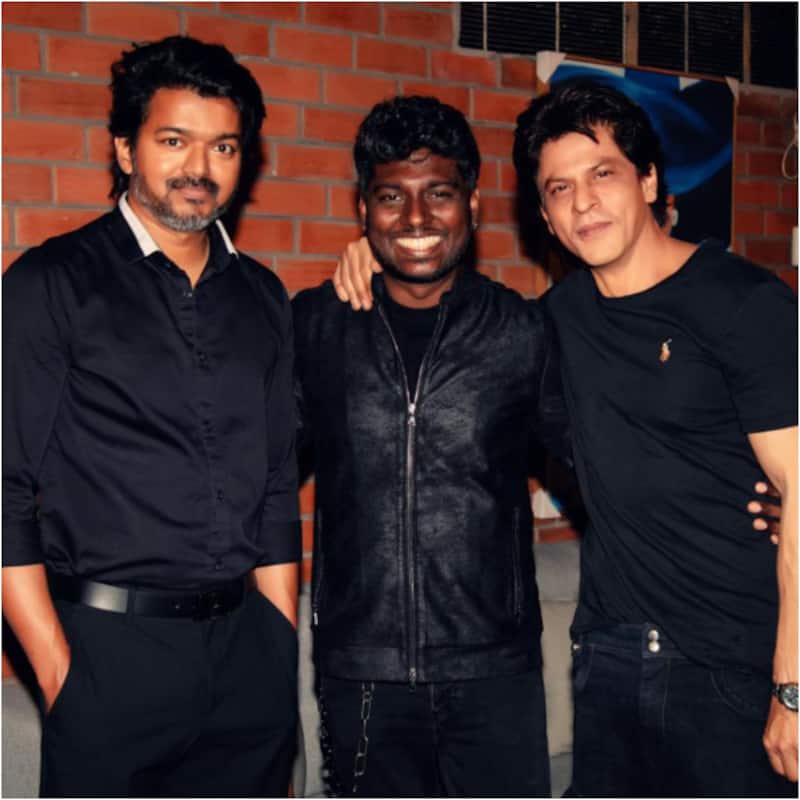 Last night, Atlee posted a picture on social media in which he is standing with Thalapathy Vijay and Shah Rukh Khan. The picture was from the filmmaker’s birthday celebration. In his tweet, he called both the stars his pillars. Atlee has worked with Thalapathy Vijay in movies like Theri, Mersal, and Bigil, and his next is Jawan which stars Shah Rukh Khan in the lead role. Well, there have been reports that Vijay will be seen in a cameo in Jawan, however, there’s n official announcement about it. Also Read - Ponniyin Selvan 1: Mahesh Babu, Anushka Shetty and more South Indian actresses and actors who rejected Mani Ratnam's magnum opus

But, the picture shared by Atlee once again started speculations about the cameo, and surprisingly, it looks like many netizens are not happy about it. 'Cameo Beggar Vijay' is trending on Twitter and netizens are badly trolling the Varisu star. Check out the tweets below… Also Read - Jawan: Shah Rukh Khan's picture with Thalapathy Vijay on director Atlee's birthday celebration blows up the internet

This @actorvijay is using the limelight and popularity of our King SRK to gain attention at National level. If you want a cameo, go do in Johnny Sins movie, not in our SRK's movie. #CameoBeggarVijay #Jawaan pic.twitter.com/5zfovsXbxt

Talking about Jawan, the film stars Nayanthara as the female lead, and reportedly, Sanya Malhotra, Sunil Grover, and Priyamani also have pivotal roles in it. There have also been reports that Deepika Padukone will be seen in a cameo in the movie. Jawan is slated to release in June next year.

Meanwhile, Varisu, which also stars Rashmika Mandanna, is scheduled to hit the big screens in January next year. Thalapathy Vijay’s last film Beast had failed to make a mark, so now everyone is expecting him to be back with a bang with Varisu.