Darshan gets back to routine 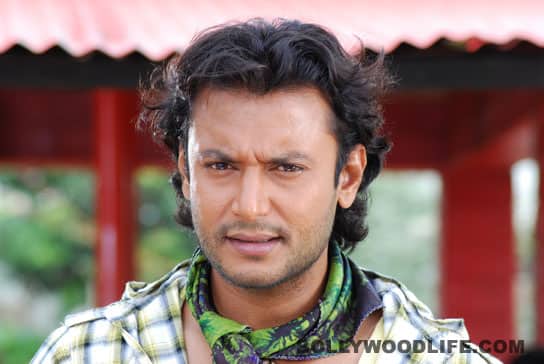 South actor Darshan, whose last film Saarthi created magic at the box-office, will be in the global city Dubai to participate in a cultural event

Darshan, who was jailed for alleged domestic violence, is slowly logging back to routine. He has finished shooting for his Kannada film Chingaari which is scheduled to release in the last week of January 2012. Currently, the superstar, along with his family and friends has gone to Dubai to take part in the Rajyotsava celebrations by the Kannada speaking fraternity there. The Kannada Sangha of Dubai has organised a grand function at the Al Safadh JSS auditorium in Dubai on December 9. The actor will make a brief appearance on stage, while his friends Sadhu Kokila and Bullet Prakash will enthrall the audience with their comic acts. Singers Kikkeri Krishnamurthy, Nagachandrika Bhatt, Ramesh Chandra and little champion Ashwin Sharma will also be part of the mega event. Post which Darshan will return to shoot for Krantiveera Sangolli Rayanna in Belgaum. Also Read - Mark your calendars — Kannada cinema superstar, Darshan's Roberrt, to hit Amazon Prime on THIS date