From Allu Arjun, Kajal Aggarwal to Samantha Ruth Prabhu - here's why top stars of the South Film industry made it to the headlines today. 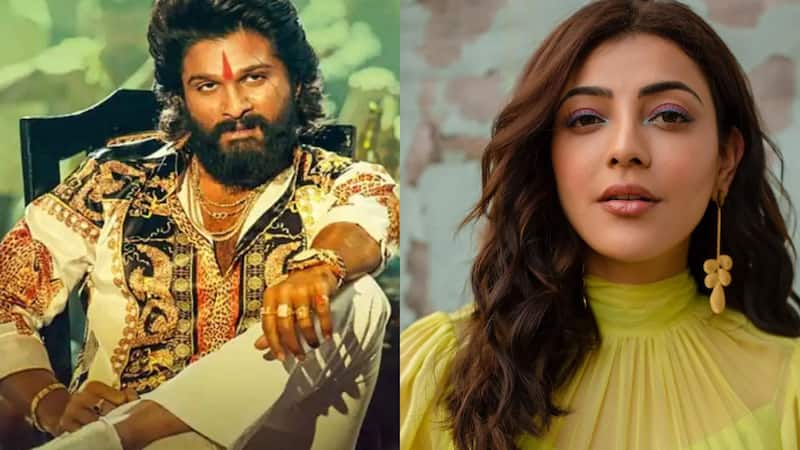 From the South Film Industry, celebrities like Allu Arjun, Kajal Aggarwal, Samantha Ruth Prabhu, and many more made it to the headlines. The biggest buzz currently is Allu Arjun's film Pushpa: The Rise. The film is creating waves at Box office and how. Samantha Ruth Prabhu who was seen in an item song in Pushpa has also opened up on how challenging it was to be a part of the song. Meanwhile, actress Kajal Aggarwal has made it to gossip mills thanks to her new picture on social media. Fans are speculating her pregnancy. Read on for more. Also Read - From Shah Rukh Khan's Dunki to Alia Bhatt's Heart of Stone: 5 leaked pictures of upcoming movies that kept social media buzzing

Allu Arjun and Rashmika Mandanna starrer Pushpa: The Rise is taking the box office by storm. In the theatres, fans are gathering in large numbers to watch the film. The buzz is so much that the film has crossed Rs 150 crore mark with its worldwide collection. Also Read - Naga Chaitanya's film with Parasuram delayed due to Rashmika Mandanna? Here's what we know

Latest pictures of Kajal Aggarwal have gone viral on social media as it is being speculated that the actress is pregnant. Though the actress did not say anything, fans started speculating that she is flaunting her baby bump.

Samantha Ruth Prabhu talks about her item number in Pushpa: The Rise

Samantha Ruth Prabhu appeared in Oo Antava song in Allu Arjun's recent film Pushpa: The Rise. She spoke about how challenging it was to perform. She was quoted saying, "It is so challenging to get the steps right, rhythm, and dance with Allu Arjun, it’s my god tiring."

Last evening, Liger actor Vijay Deverakonda and Rashmika Mandanna were spotted exiting a restaurant in Mumbai. Their dinner date added fuel to their dating rumours. For a while it is being speculated that these two are a couple.

Tollywood actress Hamsa Nandini has been diagnosed with third stage cancer. She took to her Instagram account to pen a long note revealing how she is dealing with the situation.