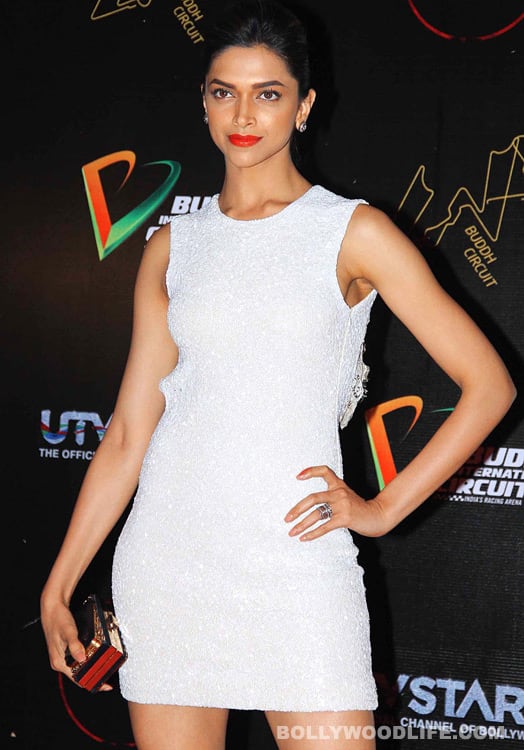 Her Race 2 troubles notwithstanding, Deepika is busy working on the Rajinikanth film in Chennai

Debutante director Soundarya R Ashwin and writer K S Ravikumar have their hands full with all the work to be completed before they can begin the actual shoot for Rajinikanth's Kochadaiyaan. The superstar's onscreen love interest is being played by Deepika Padukone and we hear she has been in Chennai since Monday, taking part in the proceedings. Looks like her troubles with Ramesh Taurani have not stopped her from going ahead with her other professional commitments. According to a source from the unit, "Kochadaiyaan is India's first film to use performance capturing technology. Deepika had to undergo a complete body scan a couple of times. Her facial expressions as she expressed various emotions were captured." After Rana was delayed, the chance to work in Kochadaiyaan was a pleasant surprise for the leggy lass. "Deepika was thrilled to get an opportunity to share screen space with Rajini for the first time. She said she has been eagerly waiting for the day she would work with the superstar," added the source. Also Read - Sara Ali Khan pens a sweet note to wish her Atrangi Re co-star Dhanush on his 38th birthday; shares an uber cool pic

Rajini is playing a triple role in this movie. Till now, only one character has been revealed - that of a Pandya king. AR Rahman is composing the music for the film and has already finished work on three songs. Also Read - Kun Faaya Kun, Zinda Hoon Yaar, Arziyan: 6 songs that can relieve your stress in this second wave of COVID-19