Directed by debutante Rajat Ravi Shankar, Dev is slated to be released on February 14 worldwide in Tamil and Telugu. 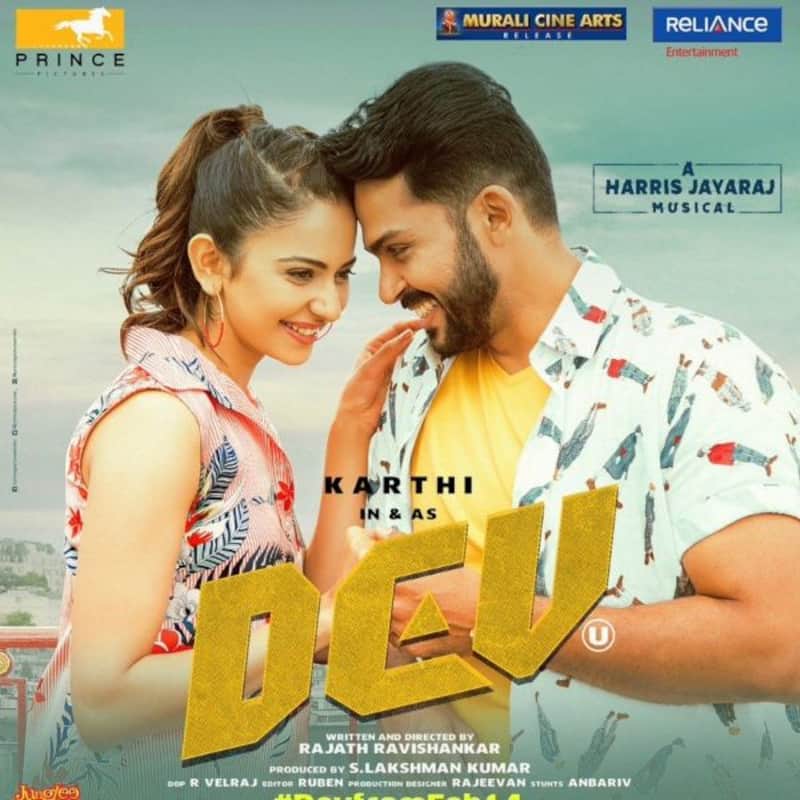 Tamil actor Karthi and Rakul Preet team up again after Theeran Adhigaaram Ondru for a romantic flick which is titled Dev. Directed by debutante Rajat Ravi Shankar, Dev is slated to be released on February 14 worldwide in Tamil and Telugu. And ahead of the release, the cast and crew of the film interacted with the media in Chennai. Speaking at the meet, actor Karthi heaped praises on director Rajat Ravi Shankar and said that he has a long way to go. "This is a love story, but it isn’t about romance. It is a film that speaks about loving everything around you. Live the moment, love and do what your heart says, is what Dev is all about. Rajath Ravishankar is really a talented filmmaker and being a first-timer, he has extracted unbelievable work from all of us. I always keep telling him that he should continue to make more movies," Karthi was quoted as saying to DNA. Also Read - Trending South News Today: Dhanush's Captain Miller first look, Prabhas-Anushka Shetty to reunite and more

The actor had sweet words for his co-star Rakul as well. Working for the second time together, Karthi said, "Rakul Preet Singh has been a great performer, and she has really breathed more life into this character." Also Read - Samantha Ruth Prabhu, Kajal Aggarwal and more South Indian actresses who romanced both father and son on screen

Rakul Preet, during her speech, revealed how she bagged Dev and how Karthi insisted on her doing the role. "When I worked with Karthi in Theeran Adhigaaram Ondru, I used to tell him that I wanted to work in a full-fledged romantic film. This was when he asked me to listen to a script, and I was so obsessed with it after the narration. Rajath Ravishankar has crafted a story that is so colorful with amusing and emotional elements peppered all over the film," said Rakul.

Stay tuned to BollywoodLife for news, updates and gossips!