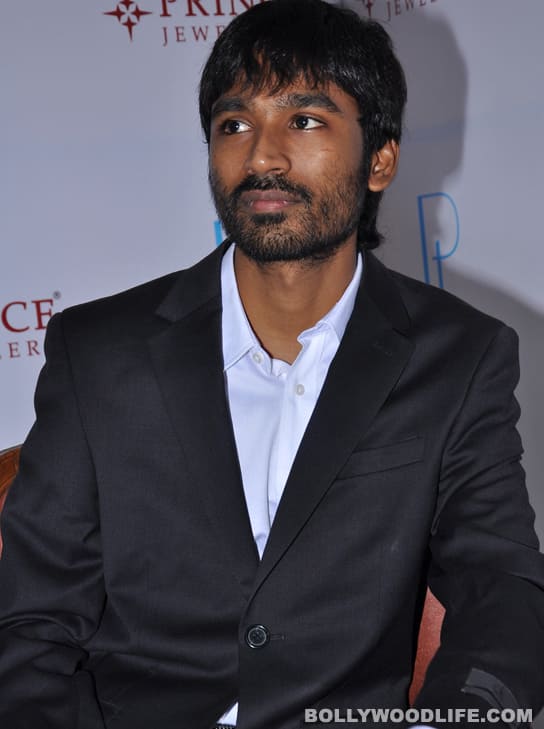 The Kolaveri star Dhanush is on seventh heaven as he got invited to conduct a special class at IIM – Ahmedabad. No prizes for guessing that the lecture was on the marketing techniques behind the stupendous success of Why this Kolaveri di...

Accompanied by cousin and music director Anirudh Ravichander, who composed the song Kolaveri di that went viral, Dhanush shared some secrets on the making of the song with budding managers at the IIM-A.Writing on his microblogging page after he delivered the lecture, the National Award winning actor said, "IIM-A is beautiful. Both the people and place. Had a great fun session and students asked such sensible questions. It was a blast." Dhanush took a lecture for the students of Contemporary Film Industry. Also Read - Tuesday Trivia: When reports of Dhanush's extramarital affair with Shruti Haasan rocked the South Indian film industry

The actor, who is the son-in-law of Superstar Rajinikanth, is riding high since the success of his song from the film 3. He recently won the National Award for his performance in Aadukalam, which was followed by the success of Kolaveri... from the debut directorial film of his wife Aishwarya Rajinikanth. The popular star actor also received a surprise invite by the PM for a dinner hosted by Prime Minister Manmohan Singh to welcome the Japanese Prime Minister. Also Read - #3 FIRST LOOK OUT! Varun Dhawan will turn rule breaker on November 8, 2019