Did you know Thala Ajith had played a BIG hand in the making of Kamal Haasan's Vasool Raja MBBS, remake of Munna Bhai MBBS?

Thala Ajith will be next seen in Valimai, which is produced by Boney Kapoor and directed by H Vinoth.

The megastar and one of the bankable stars of Kollywood, Thala Ajith has said many times in his initial days that Kamal Haasan is his role model in Indian cinema gives him a huge respect till date. While it's a dream for us to see this two stars in one frame soon but here's a trivia, which will cheer you especially if you are a Thala fan. Well, this month Kamal Haasan fans are celebrating the 16th anniversary of Vasool Raja MBBS, which was the remake of Sanjay Dutt's blockbuster Munna Bhai MBBS. Also Read - Annaatthe: First Look and release date of Rajinikanth, Nayanthara, Keerthy Suresh film to be revealed on Ganesh Chaturthi; Diwali clash with Thala Ajith's Valimai on the cards?

Director of Vasool Raja MBBS, Saran recently revealed an interesting story that he was called for the Kamal Haasan starrer when he was shooting for Thala Ajith's Attahasam. Since Kamal had given very limited number of dates for the shoot, Saran was forced to begin the filming of Vasool Raja within fifteen days after coming on board. When Saran opened up about this situation in front of Ajith, he immediately told Saran to go ahead with Kamal's film and said it's once in a lifetime opportunity for him to work with Ulaganayagan and he shouldn't miss it. Well, with this incident once again, we came across the humble and accommodative nature of Thala. Also Read - Trending South news today: Thala Ajith goes on a bike trip in Russia, Siddharth slams trollers for sharing his picture with RIP messages after Sidharth Shukla's death and more 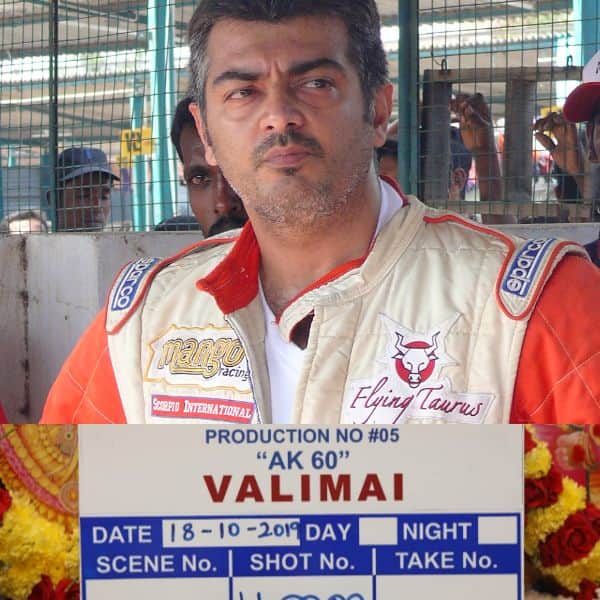 Meanwhile, Thala Ajith will be next seen in Valimai, which is produced by Boney Kapoor and directed by H Vinoth. The producer of the film, raised our expectations when he earlier told Behindwoods, "Valimai is a full-on commercial film with a lot of action. (The film is also a) family drama, so it has all the ingredients for which Ajith is known for. It will extremely thrilling, adventurous and emotional, and of course, the action is high-octane. He added, "The response is tremendous. With the announcement of the title, we had a lot of tweets from fans. Thanks to my wife (late actress Sridevi) that I got this connect with him, and I'm fulfilling her desires. Soon I will be venturing into Telugu, then Malayalam and even Kannada."