'Do you have any sense?' Samantha Ruth Prabhu SCHOOLS journalist asking her to comment on rumoured divorce with Naga Chaitanya

Pictures and videos of Samantha Ruth Prabhu's interaction with a media reporter asking her to comment on reports of divorce from Naga Chaitanya are going viral and have grabbed headlines.

Samantha Ruth Prabhu visited the Tirumala temple with her team today. The Majili actress visited the temple to pray early in the morning. And whilst there, the actress was approached by a reporter who asked her to comment on the reports of divorce from actor-husband, Naga Chaitanya. Samantha, miffed by the question, gave a savage retort to the report. She slammed the reporter and asked him whether he had any sense about the location and situation. "I am in the temple, do you have any sense?" the Ragasthalam actress said while pointing at the brain. The video of the same is going viral on social media. Check out the viral picture from the incident here: Also Read - Samantha Ruth Prabhu files case against YouTube channels for streaming defamatory content about her

A couple of hours ago, Samantha had shared a picture on her Instagram stories with her team. She had captioned it saying, "A team that prays together stays together." Check out the post here: Also Read - The REAL reason why Samantha Ruth Prabhu refused Shah Rukh Khan-Atlee’s Lion? [Exclusive] 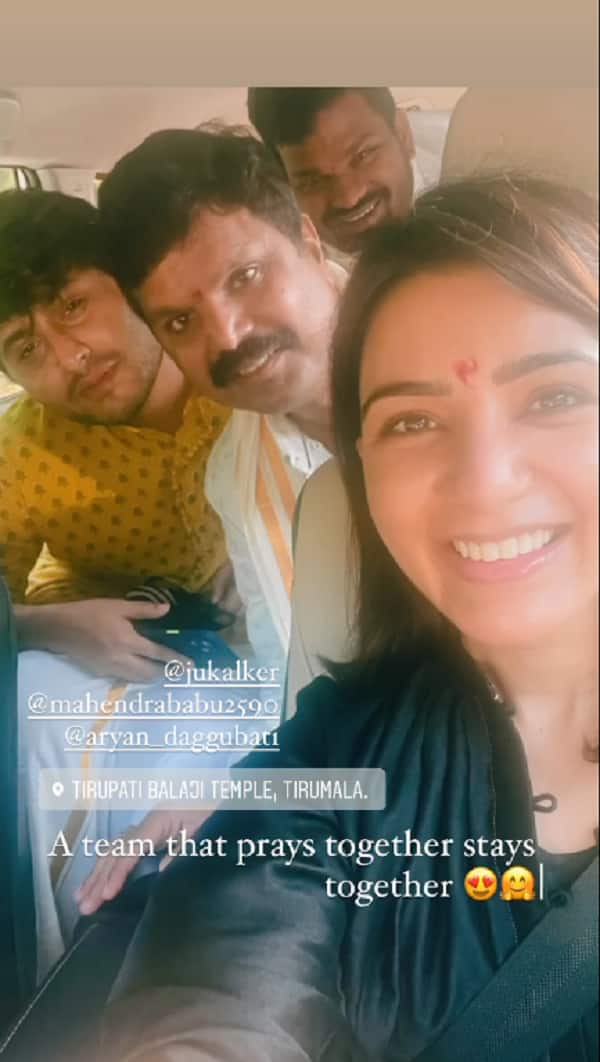 Samantha and Naga Chaitanya have kept the mum about their divorce rumours. They have refused to feed into gossip about their separation. Meanwhile, their recent social media exchange had left a lot of ChaySam fans heartbroken. While Samantha retweeted Naga Chaitanya's tweet about the Love Story trailer, she did not tag him per see or wished him. Samantha collectively wished the entire team of Love Story for the release. While Chay replied to her tweet, fans were upset that he did not include a heart emoticon in it.

Reports state that Samantha has been staying in Goa for some time before moving to Chennai. It is said that the two have moved to court and filed for a mutual separation.

On the work front, the actress has Shaakuntalam with Dev Mohan in the pipeline. She will also be seen in Kaathu Vaakula Rendu Kaadhal which also stars Nayanthara and Vijay Sethupathi.