While Sivakarthikeyan is currently enjoying a dream run at the box office with four back-to-back clean hits, Karthi's fan-base is underrated as his knack for choosing great scripts. If SK20 and Viruman do clash, it'll be a face-off between equals right off the bat. 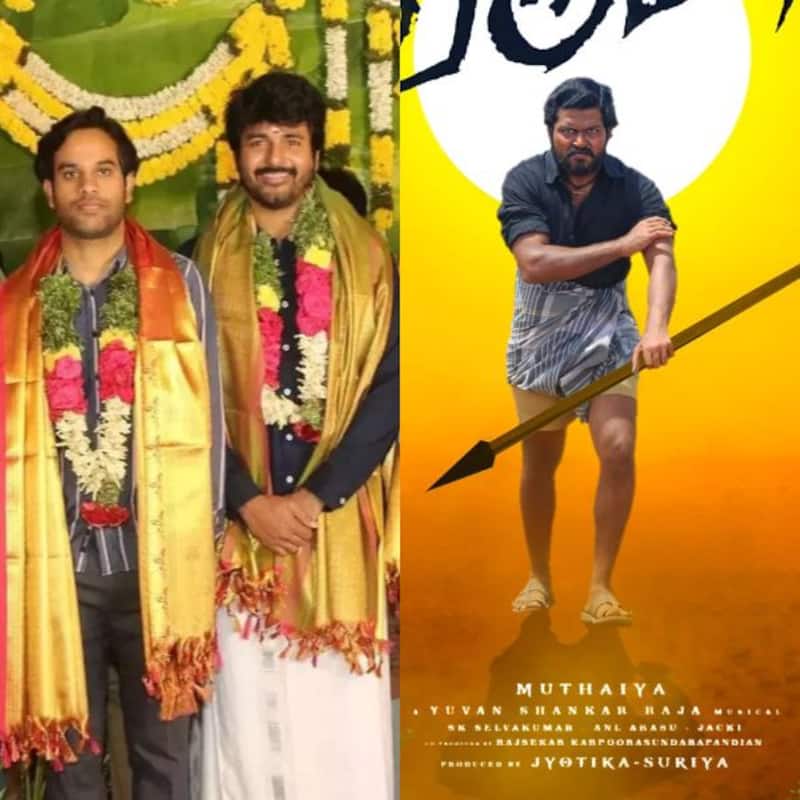 Sivakarthikeyan, who's currently riding high on the success of Don, his latest Tamil film release, has not taken any time off to bask in its glory. Rather he has dived straight back into work, more specifically his next Tamil movie, tentatively titled SK20, a major chunk of which was already completed before Don's release. And now, with Sivakarthikeyan having resumed SK20 immediately after Don hit theatres, word is that about 90% of the film has been shot. Well that is some work ethic, isn't it? What's more, a major SK20 update has also recently found its way online, which should certainly please Sivakarthikeyan fans no end. Also Read - Urfi Javed apologises to Chahatt Khanna for dragging her divorce in their nasty fight: 'It was low of me to comment'

A statement released by the makers of SK20 read: “The entire SK20 team congratulates our hero Mr Sivakarthikeyan on the blockbuster success of Don. We would like to announce that SK 20 starring Sivakarthikeyan, Maria, Sathyaraj and others, directed by Anudeep KV, with music by S Thaman, will have its theatrical release on 31st August 2022 on the auspicious occasion of Vinayaga Chathurthi. It will be released simultaneously in Tamil and Telugu across the world. The film is set to be a fun-filled family entertainer. First look and other updates will be coming soon.” What this does though is set SK20 up for a potential box office clash with Karthi starrer Viruman as that film, too is eyeing the same release date. And while Sivakarthikeyan is currently enjoying a dream run at the box office with four back-to-back clean hits, Karthi's fan-base is also underrated as his knack for choosing great scripts. Also Read - Pirates of the Caribbean star Johnny Depp all set to make his directorial comeback after 25 years [Deets Inside]

SK20 sees Ukrainian model Maria Riaboshapka paired opposite Sivakarthikeyan as the female lead. As per reports, the lead pair will are presently filming for one of the most important song sequences in the film. The actors were recently spotted practising the dance steps for said song sequence at a popular studio in Chennai. Apparently, they got their steps in sync to the satisfaction of the choreographer, and the shoot is now underway in Pondicherry. It's from here that photos and videos of their looks got leaked and subsequently went viral on social media. Watch them below: Also Read - Trending South News Today: Jr NTR’s Hollywood debut, Tamannaah Bhatia's gesture wins hearts, Karthikeya 2 Hindi version shows fantastic growth and more

SK20 is being mounted as a Tamil and Telugu bilingual. The Sivakarthikeyan starrer is directed by Anudeep KV, who made a huge splash last year with the critically acclaimed Telugu sleeper hit, Jathi Ratnalu. Before SK20, Sivakarthikeyan also has the sci-fi movie, Ayalaan, up for release.