Shriya Saran is happily married to Andrei Koscheev. The actress posted throwback photos from her wedding, to wish her parents happiest birthday. Take a look at Shriya's adorable post here. 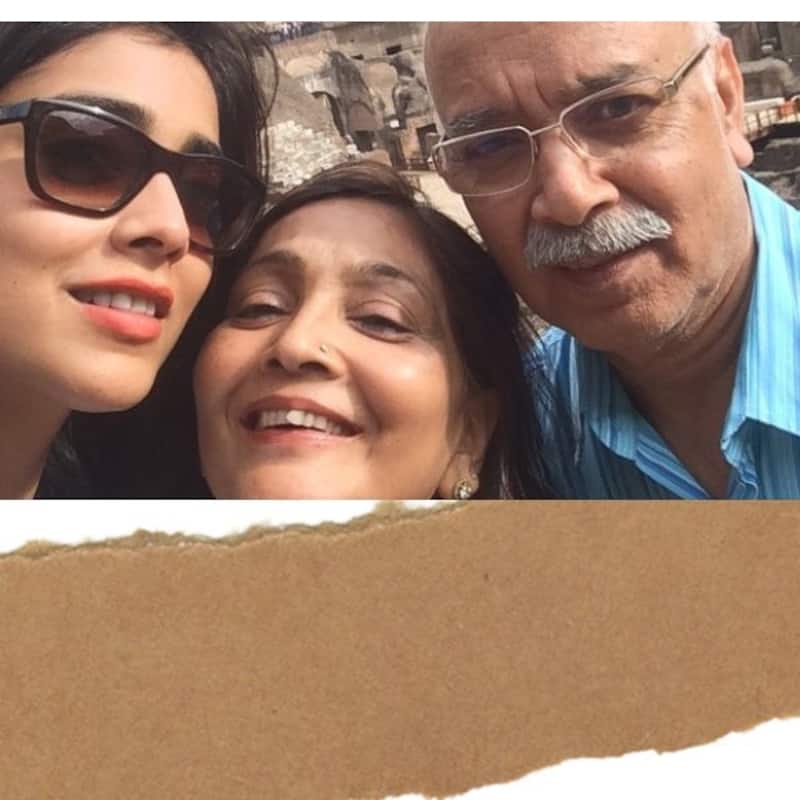 It was in 2018 when South actress Shriya Saran got married in Udaipur to Andrei Koscheev. The Drishyam actress has time and again shared snaps from her wedding nuptials on Instagram and fans have often shown her love for the same. Lately, the actress has posted fresh unseen photos from her wedding and wished her parents happy birthday. She also addressed them as the best parents and that she loves them both. Also Read - Year-ender 2022: Ranveer Singh nude photoshoot, Boycott Laal Singh Chaddha and more — Top Bollywood controversies that created stir this year

It is interesting to note that Shriya's parents have their birthday on the same date that is 26th September. Shriya Saran looked like a fairy in an ethnic red silk saree which she paired with a green blouse. Her bridal look got done with ethnic jewellery and a bun. Her Russian husband was also seen wearing a simple kurta for the special occasion. Also Read - Trending South News Today: Viral pics from Hansika Motwani-Sohael Kathuriya wedding, SS Rajamouli director's RRR Oscar nominations details and more

On the work front, the actress will next be seen in Kabzaa. She has the lead role and the movie is being directed by Chandru. She will play the role of Madhumathi in the movie, next to Kiccha Sudeep. The movie is an action drama film and will be out in different languages like Tamil, Malayalam, Telugu and Hindi. Apart from this movie, Shriya will also be playing the leading role in the highly awaited Drishyam 2. The movie is being directed by Abhishek Pathak and is a sequel to Drishyam which is a 2015 film.

Talking about Drishyam 2, the shooting of the movie has already been done and has been backed by Kumar Mangat Pathak, Abhishek Pathak, Krishan Kumar, Bhushan Kumar. The movie is being co-produced by Sanjeev Joshi, Aditya Chowksey, and Shiv Chanana. Drishyam 2 will showcase the story of Vijay Salgaonkar essayed by Ajay Devgn. The original Drishyam was a hit among fans. Are you excited to see Shriya Saran in Drishyam 2?