In October, Samantha Ruth Prabhu and Naga Chaitanya announced that they were paring ways. Now, it seems Samantha has moved on from the relationship.

Samantha Ruth Prabhu and Naga Chaitanya were one of the most loved couples. But on October 2, in a joint statement, they announced their separation. “After much deliberation and thought, Sam and I have decided to part ways as husband and wife to pursue our own paths. We are fortunate to have a friendship of over a decade that was the very core of our relationship which we believe will always hold a special bond between us,” they had written. This came almost two months after their rumours about their divorce started. Now, it seems Samantha has moved on from the relationship. There have been many signs to prove this. Here’s a look at a fee of them: Also Read - Trending South News Today: Samantha Ruth Prabhu wanted to have a baby with Naga Chaitanya, Magadheera choreographer Shiva Shankar passes away and more

The actress went for cycling a couple of times and posted a video of it on her Instagram account. She was in the headspace to do this despite all that was happening in her married life. Also Read - Samantha Ruth Prabhu or Kajal Aggarwal — Which South diva aced the modern cocktail saree look better? Vote Now

Samantha introduced a new pet who she named Saasha. She had written in Instagram, "Cleaned the 19th puddle of pee today and it’s only 9 am .. but the cherry on the cake has to be the moment that I sat down with my coffee thinking ha!! 5 minutes of calm now .. only to notice one tiny little monster running with her dripping pee pad all around the house.. and suddenly my coffee isn’t strong enough ??? Say hello to SAASHA." Also Read - Did you know Samantha Ruth Prabhu was planning a baby with ex-husband Naga Chaitanya before splitting from him? Read deets 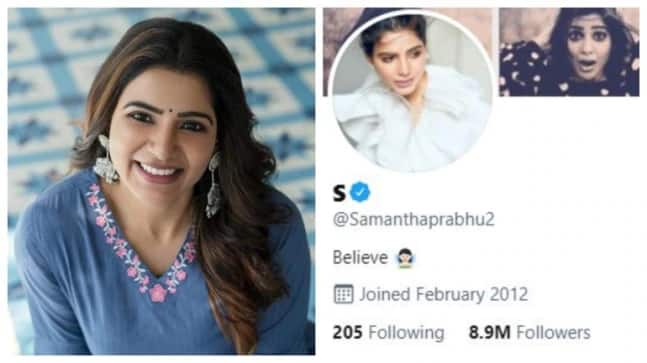 In July, the actress set tongues wagging after removing ‘Akkineni' from her social media accounts. She had even removed her full name and just put ‘S @Samanthaprabhu2’ (removed 'Ruth').


The actress went on many vacations of late. She went to Rishikesh and many other places and shared some beautiful pictures from there on her Instagram.

The actress has signed two new bilingual films post her separation. It seems she is raring to go in her professional life.


She even took up painting. We must say that she is indeed pretty good at it.


It seems the actress has found new friends as well. In a recent post on Instagram, Samantha wrote, “Happy birthday @drmanjulaanaganiofficial. I consider myself lucky to have a friend like you. They say hard times reveal true friends. No truer friend than you doc. I hope you know how much you’re loved today. Happy birthday.” She was seen with a few of her friends.

The actress recently removed all couple photos with Naga. This is a hige indication of her moving on.