Fans are eagerly waiting to see Yash in KGF2, which is scheduled to have a theatrical release in April 2022. Directed by Prashanth Neel, it also features Sanjay Dutt, Srinidhi Shetty, Raveena Tandon, Anant Nag and Prakash Raj in pivotal roles.

Yash fans have another reason to rejoice. The KGF 2 star has added a new feather to his colourful cap by becoming the first Kannada actor to feature on Forbes magazine. While the magazine normally covers Bollywood actors, it is great to see them covering a south actor. The actor can be seen in a grown beard and long hair. He is looking pretty stylish. Also Read - THESE divorced Bollywood hunks are in live-in relationship with their girlfriends - view complete list 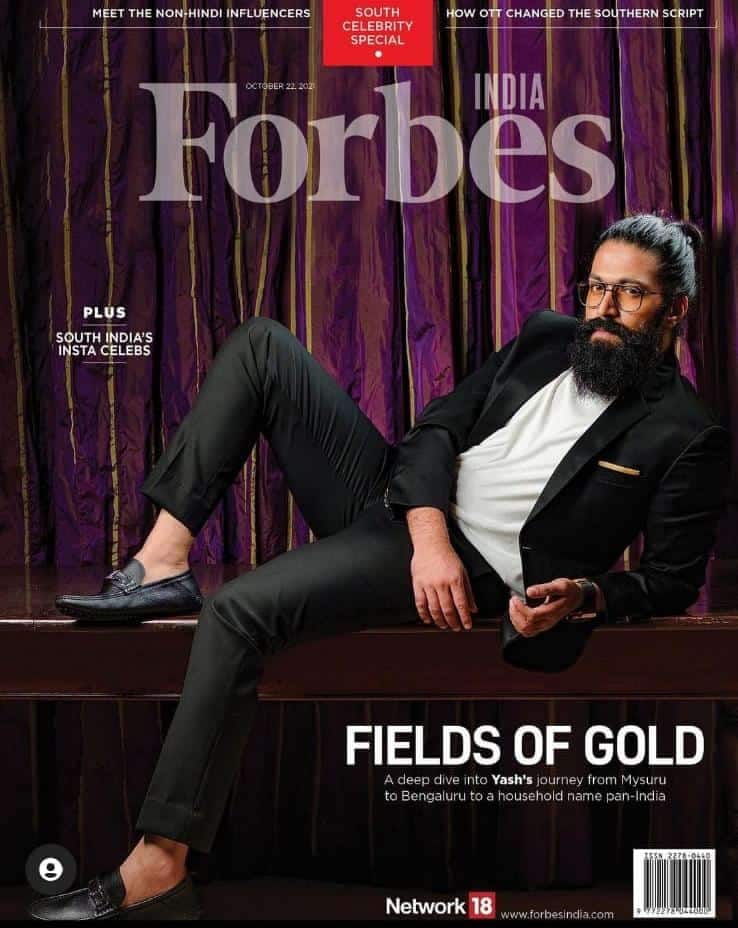 According to reports, the magazine tells the actor’s story and how he ran away from his hometown in Mysuru to make it big in the Kannada film industry. Also Read - Whopping alimony, property worth crores and more: Check out the 5 MOST expensive divorces in Bollywood that'll make your jaw drop to the floor – view pics

On the work front, fans are eagerly waiting to see him in KGF2, which is scheduled to have a theatrical release in April 2022. Directed by Prashanth Neel, it also features Sanjay Dutt, Srinidhi Shetty, Raveena Tandon, Anant Nag and Prakash Raj in pivotal roles. It is produced by Vijay Kiragandur and Karthik Gowda under the banner of Hombale Films.

It is believed that the action-thriller is being made on a budget of Rs 100 crore. Actress Raveena Tandon, who plays the character of a politician in the film, recently revealed details about her character and said, “I am playing a politician, a strong character. She is the hero as well as the villain of the film, with a very interesting story arc.”

Meanwhile, the Hindi version of the film is presented by Farhan Akhtar and Ritesh Sidhwani's production banner Excel Entertainment. In a recent statement, Rocky Bhai aka Yash said, “KGF 2 is going to be massive. If you’ve seen KGF 1, you’ll have an idea of what kind of movie it is—KGF 2 will be five-folds of KGF 1!”