Wearing a blazer and panchekattu, Kalyan Ram looks intense and dashing with his handlebar mustache, beard and long hair in the first look poster of Devil - The British Secret Agent. He looks like a DEVIL, holding a gun and stepping out of a train, with numerous Indians seated on the train, clasping flags of the country in their hands.

Known for encouraging young talent who comes up with pathbreaking concepts, Nandamuri Kalyan Ram for his 21st film under popular producer Abhishek Nama’s Abhishek Pictures joins hands with director Naveen Medaram. The film’s pre-look poster was released yesterday and it made us all to anticipate curiously for the first look poster that is out now, on the occasion of Kalyan Ram’s birthday. The film is titled intriguingly as Devil which denotes the ferocity of the protagonist. And it comes with the tagline - The British Secret Agent. Also Read - South movies this week: Pattas, Big Brother, Entha Manchivaadavuraa

Wearing a blazer and panchekattu, Nandamuri Kalyan Ram looks intense and dashing with his handlebar mustache, beard and long hair in the first look poster of Devil - The British Secret Agent. He looks like a DEVIL, holding a gun and stepping out of a train, with numerous Indians seated on the train, clasping flags of the country in their hands. Check out his first look below: Also Read - Tamannaah and Nandamuri Kalyan Ram's Naa Nuvve to clash with Baaghi actor Sudheer Babu's Sammohanam this weekend 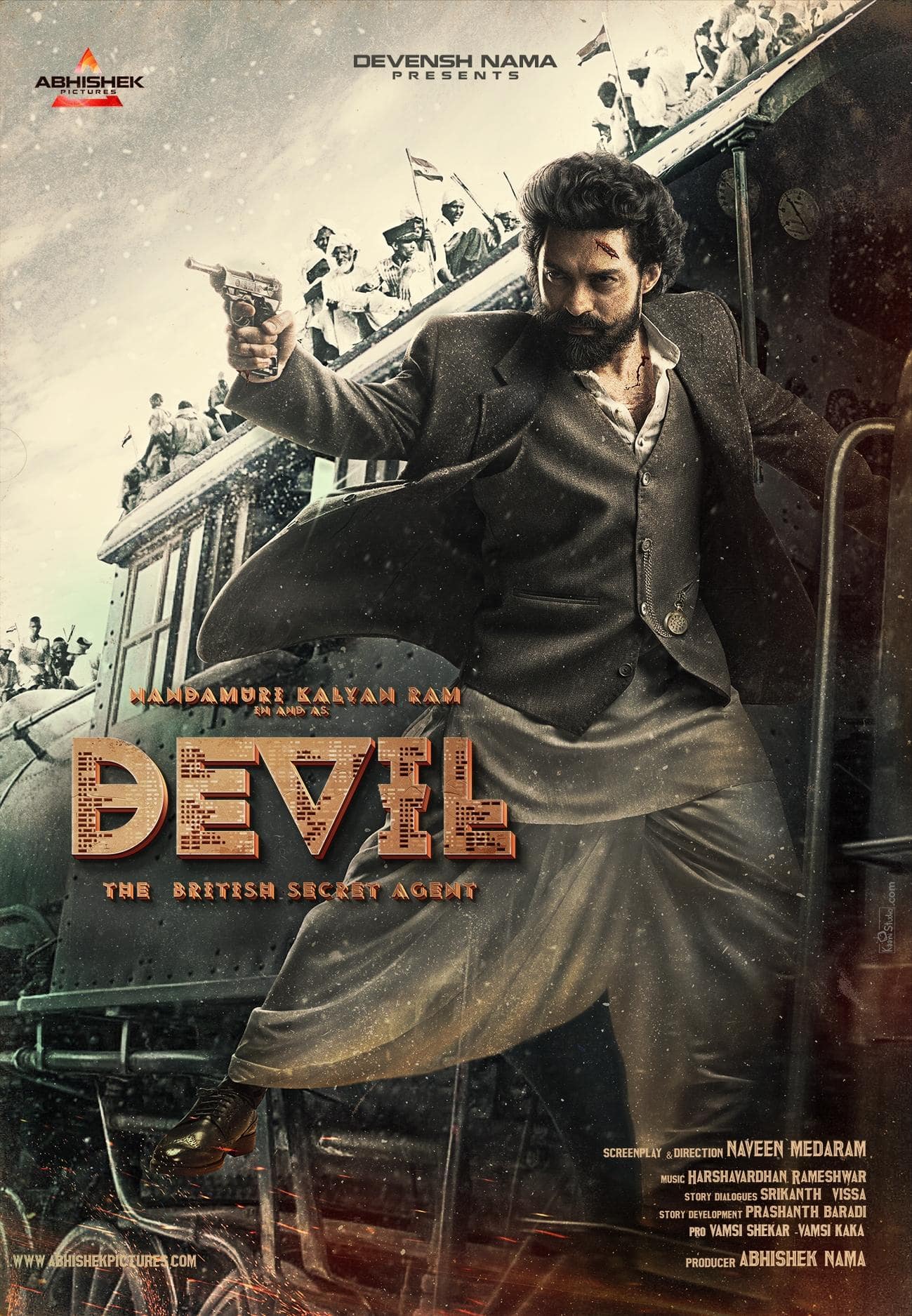 Also Read - Did you know THIS actor got producers to pay Tamannaah more than Rs 1.5 crore just to have her in his film?

Apparently, Kalyan Ram is gearing up for a big fight. We can also observe injuries to his head and also blood coming from the injury to his chest. This first look is highly impressive and Kalyan Ram’s getup is equally striking. Set in Madras presidency Of British India in 1945, Devil is the story of a British secret agent who takes up the job of solving a dark mystery. This mystery is deeper than he could fathom and this leads him into a web of love, deceit and betrayal. His success and failure, both have serious repercussions and this mystery has the potential to change the course of history.

Srikanth Vissa, the writer of Pushpa, has provided story for Devil and going by the first look and motion video, he has penned a distinctive story. Harshavardhan Rameshwar’s BGM for the motion is vivacious. It’s indeed a never tried before theme for Kalyan Ram who will be seen in an unusual role as a British secret agent. We are going to witness a magnum opus on screen, as the motion video promises.

Devansh Nama is presenting the film which will disclose an unwritten chapter in history.
Devil will be made as a Pan India project on lavish budget with high technical standards in Telugu, Hindi, Tamil and Kannada languages. Other details of the movie will be revealed soon.