From his next biggie to his Covid-19 relief work, here's how Mahesh Babu is making headlines and winning hearts

Telugu Superstar Mahesh Babu is a heartthrob for sure. His fans are all set to see him on the big screen soon. The handsome actor manages to win millions of hearts with his charming personality.

Telugu Superstar Mahesh Babu is a heartthrob for sure. His fans are all set to see him on the big screen soon. The handsome actor manages to win millions of hearts with his charming personality. Well according to the reports, Mahesh will be essaying the character of an undercover cop in his upcoming untitled project which will be directed by Trivikram Srinivas. He had received huge praise for his character of a cop in the movie Pokiri. The film is expected to go on the floor in August or September. Also Read - Sonu Sood again shows his angelic side with how he helps people during this difficult time – watch video

Director A.R. Murugadoss is planning the biggest crossover between Tamil and Telugu cinema. Are you guys excited? He already approached two superstars from either industry, Kamal Haasan and Mahesh Babu. According to the reports, Kamal Haasan is likely to begin shooting for the film soon after wrapping up his forthcoming Tamil movies, Vikram. While Mahesh will also start shooting post he is done with his work on Sarkaru Vaari Paata. Also Read - Amitabh Bachchan’s wish to God amid the COVID-19 crisis and Cyclone Tauktae will remind you of his temple scene from Deewar 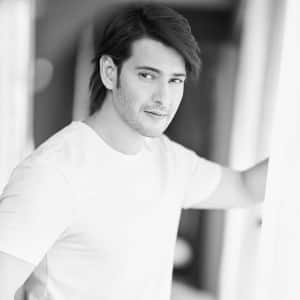 Also Read - Mindy Kaling on her secret pregnancy during COVID-19 pandemic: Don't know if I recommend everyone

The actor has been saving lives by funding for child heart surgeries. The actor partnered with Andhra Hospitals in helping several kids from the poor economical background and getting their heart surgeries done.

The superstar has a heart of gold and we all agree. Mahesh on Monday started the seven say COVID-19 vaccination drive at his adopted village Burripalem to mark his father's birthday. The actor even organized a vaccination drive with the help of Andhra hospitals. Mahesh's sweet gesture is winning hearts across the globe and netizens are praising him.

Rajamouli's upcoming film starring superstar Mahesh is to be bankrolled by Durga Arts. Well, according to the reports, the script has not been finalized yet. Rajamouli will start working on the script post his completing of RRR starring NTR and Ram Charan.