RIP Puneeth Rajkumar: From his childhood pic with father Appaji to his unseen photos with Yash, Rajinikanth, Vijay Devarakonda and more, here’s remembering the late actor in pictures

Puneeth Rajkumar was just 46. We still can't believe he is no more. 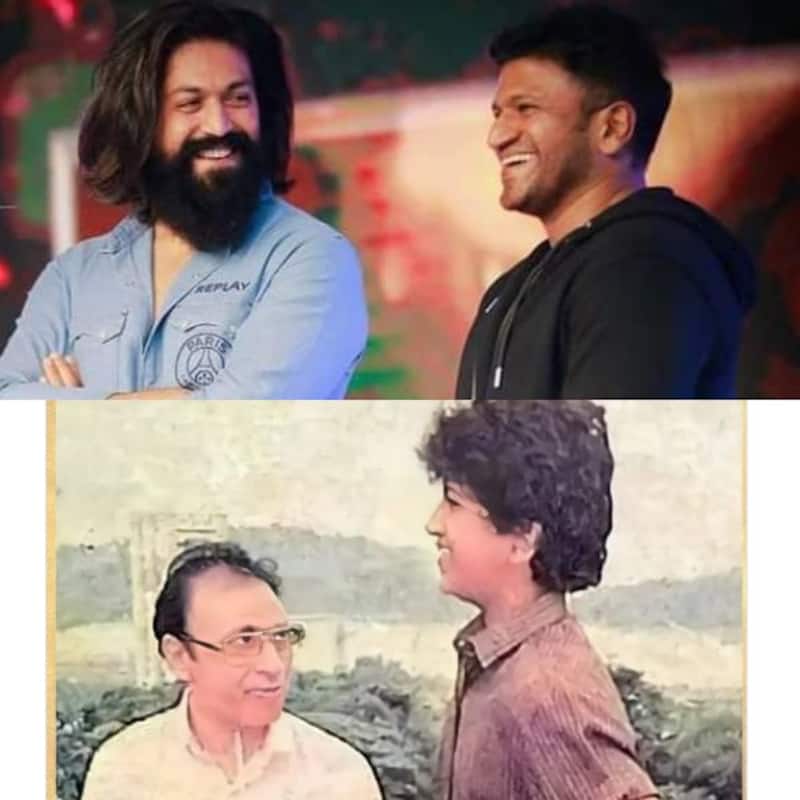 Puneeth Rajkumar passed away today (October 29) after suffering a massive cardiac arrest. The actor was just 46. The late actor was very close to his father. A few weeks ago he had shared a childhood photo of himself with his dad which was clicked at Niagara Falls. In the picture, Rajkumar is seen holding a cola can while Puneeth is seen smiling standing next to him. Here’s a look: Also Read - Entertainment News Live Updates October 3: Ankit Gupta 'REAL' bond with Priyanka Choudhary, Kareena Kapoor Khan buys new car worth Rs 2 crore and more


Many other pics of the actor are surfacing on the internet. They include his pics with Yash, Yash, Rajinikanth, Vijay Devarakonda and more.Take a look: Also Read - World Heart Day 2022: Celebs who lost their life to heart attack

Happy Birthday to my all time favorite @rajinikanth sir.... pic.twitter.com/bLmN2s6I99

Expressing his shock, actor Dilquer Salmaan wrote on Twitter, “One of the kindest and warmest Actors/gentlemen. Praying to the almighty to give Puneeth Sirs family, friends and his ocean of fans the strength to cope with this irreplaceable loss.” Also Read - Adipurush actor Prabhas to Thalapathy Vijay: These South Indian superstars look flawless even without make-up

The actor was last seen in the film Yuvarathnaa. It was directed by Santhosh Ananddram. We still can’t believe he is no more.