Sye Raa Narasimha Reddy marks the 151st project of Chiranjeevi as an actor. It is reported to be a trilingual film which will be released in Telugu, Tamil and Hindi languages.

It was not a good day for megastar Chiranjeevi and team Sye Raa Narasimha Reddy as a massive fire broke out on the sets of the film due to a short circuit. The set, which was constructed a few months back in the form a huge kingdom in Kokapet, on the outskirts of Hyderabad, has been damaged beyond imagination. The set, which nearly costed Rs 2 crore to be built, has now been turned to ashes. Fortunately, since it was not a working day for the unit of the film, there were no casualties on the set.

Kichcha Sudeep poses with Amitabh Bachchan on the sets of Sye Raa Narasimha Reddy, and we must thank Ramcharan for this picture 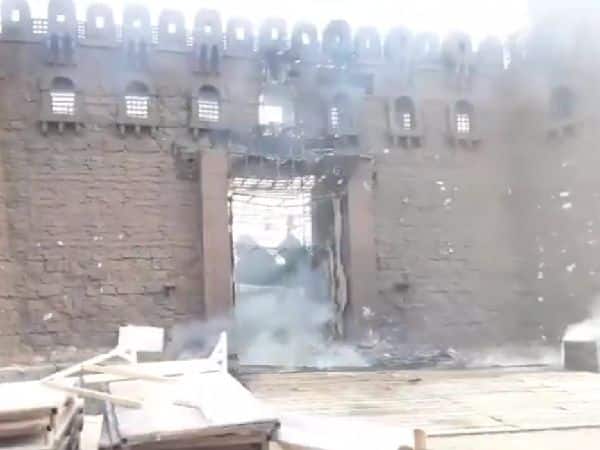 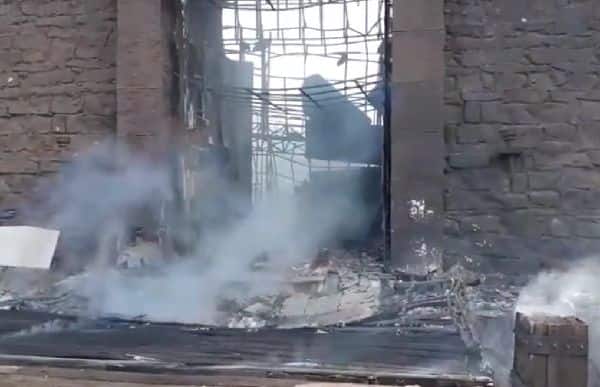 A post shared by Upasana Kamineni Konidela (@upasanakaminenikonidela) on Aug 21, 2018 at 12:38am PDT

Well, team Sye Raa Narasimha Reddy will definitely require a good amount of time to reconstruct this huge set. The film marks the 151st project of Chiranjeevi as an actor. It is reported to be a trilingual film which will be released in Telugu, Tamil and Hindi languages. Based on the life of Uyyalawada Narasimha Reddy, the film is made on a lavish budget of Rs 200 crore and also features Amitabh Bachchan, Nayanthara, Tamannaah, Vijay Sethupathi, Kichcha Sudeepa, Jagapati Babu and Nassar in pivotal roles. The film is produced by Chiranjeevi’s son Ram Charan under his banner Konidela Productions and is set to hit the screens this year. The music of the film is composed by Amit Trivedi. As per the latest reports, the film will clash with Prabhas and Shraddha Kapoor-starrer Saaho at the ticket windows. So, do you think, after this damage, Sye Raa Narasimha Reddy will meet the deadline of the release date? Tweet to us @bollywood_life.