Hansika Motwani has finally tied the knot with Sohael Khaturiya at the Mundota Fort and Palace in Jaipur on December 4. The first picture and videos of the wedding have surfaced online. 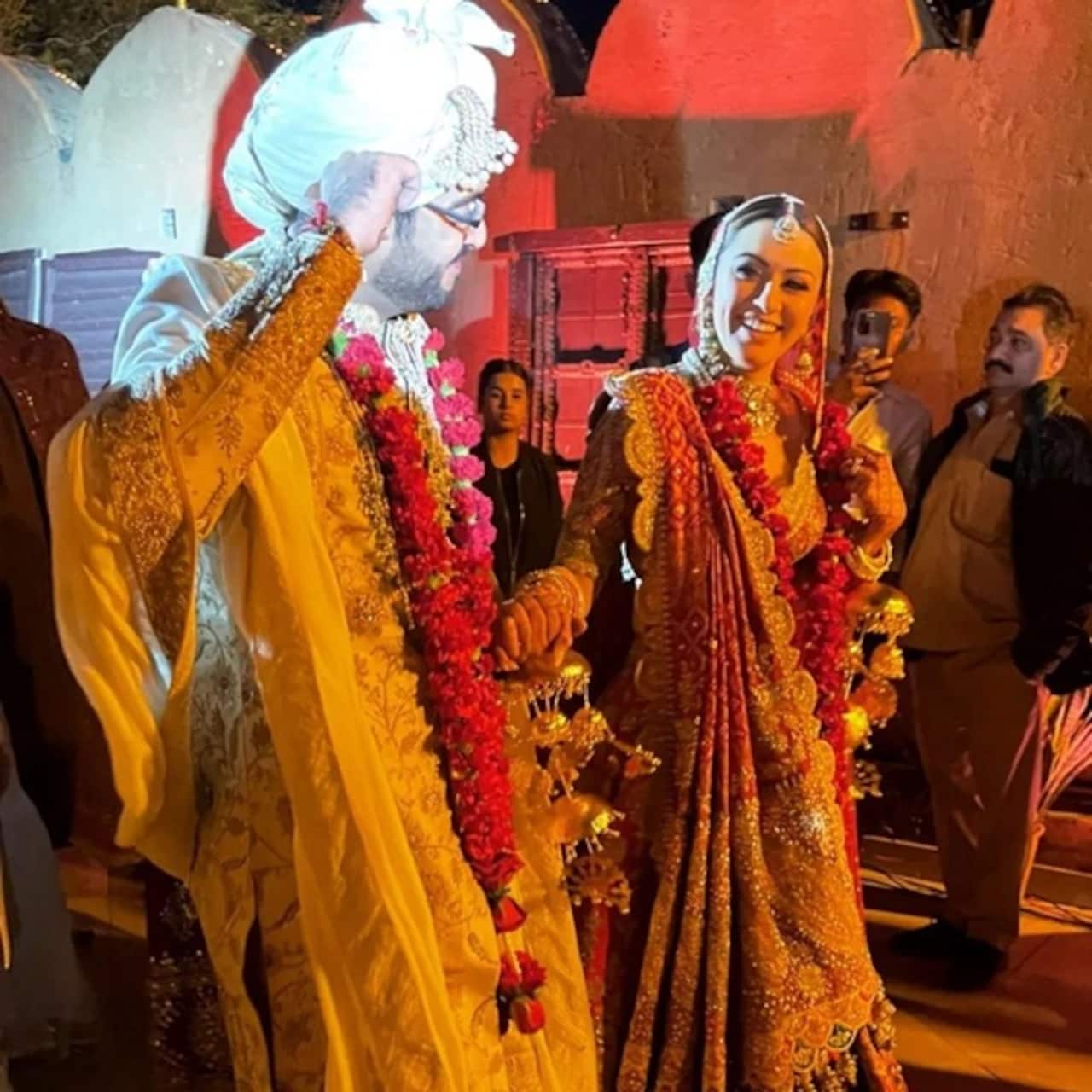 Hansika Motwani has finally tied the knot with her business partner and friend Sohael Khaturiya at tthe Mundota Fort and Palace in Jaipur on December 4. The first picture and videos of the bride and groom dressed in their wedding attires have surfaced online and fans can't stop gushing about the newly married couple. Also Read - Hello Hall of Fame Awards: South star Vijay Devarakonda, Hansika Motwani and more deck up to perfection [VIEW PICS]

In their first picture, Hansika and Sohael were seen dressed in their wedding attires. While Hansika wore an embroidered red lehenga choli set, Sohael looked handsome in cream sherwani and pagdi. They were seen flauting their radiant smiles as they walked up to the stage after the varmala ceremony. Also Read - Hansika Motwani and hubby Sohael Khaturiya's European honeymoon is all about fun, laughter and filmy moments [VIEW PICS]

In the video, Hansika was seen being escorted by her family members and close friends to the mandap before the pheras. Hansika covered her face with her red odhani while her close associates carried the flower chadar over her head as she entered the venue. Also Read - Trending South News Today: Yash talks about shunning limelight after super success of KGF; Pawan Kalyan ropes in Bobby Deol for Hari Hara Veera Mallu and more

At the pre-wedding day party, Hansika can be seen wearing a glittery dress in white, while Sohael opted for a white tuxedo. They can be seen dancing together on different numbers, including Hrithik-Katrina's hit number Tu Meri from the 2014 film Bang Bang.

For the Haldi ceremony too, they had complimented each other with floral outfits in white. The couple looked stunning and were seen having fun with their family and friends. Hansika also posted pictures from her Sangeet ceremony, in which she looked gorgeous in a pink lehenga, while Sohael stunned everyone with his black sherwani.

A few days back, Hansika also shared adorable pictures and videos from her Mehandi ceremony and bachelorette party with her friends.