Hansika Motwani marked her new beginning on a sweet note by making a halwa in her sasural for her pehli rasoi. Her husband Sohael Khaturiya was in awe of her. 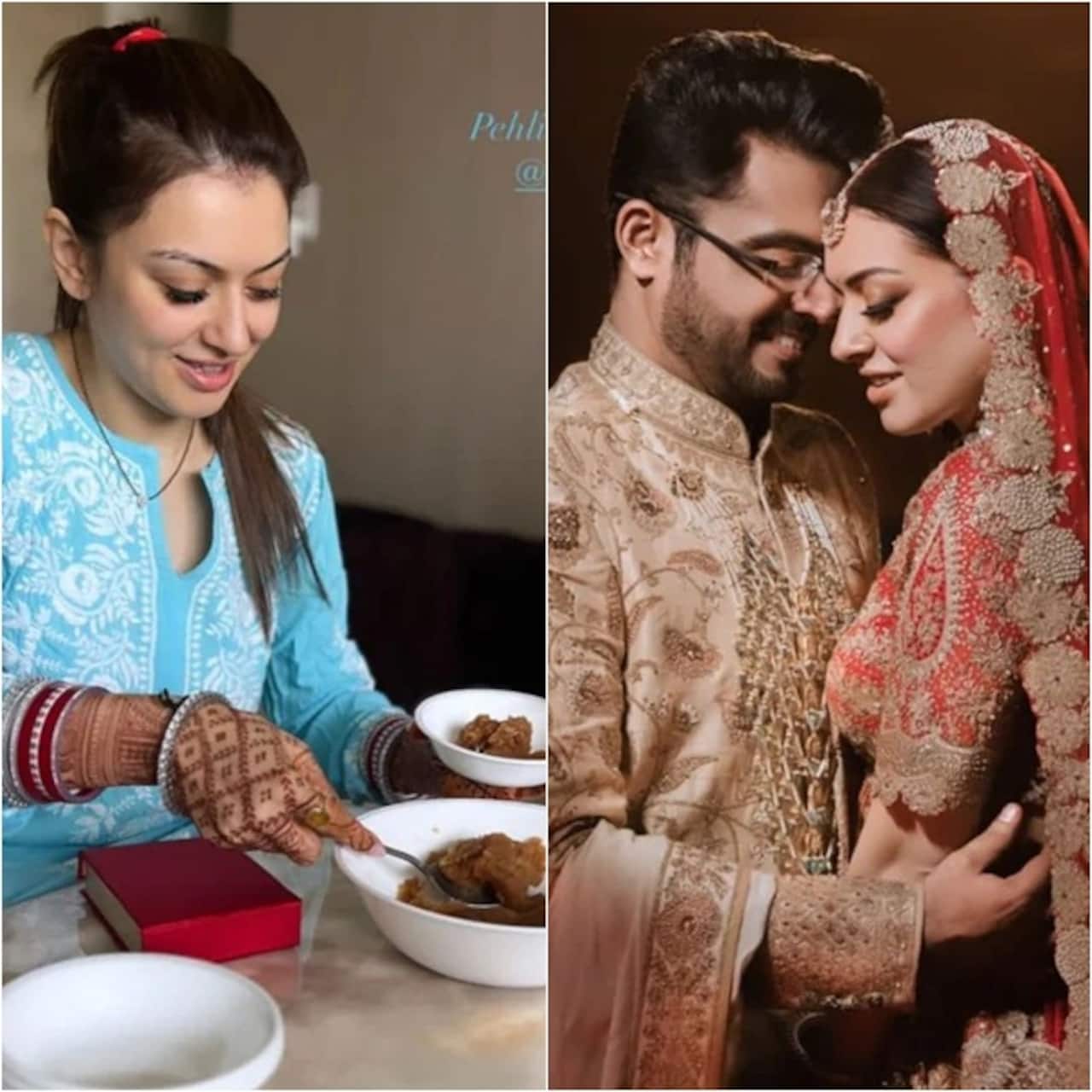 Hansika Motwani and her long-time boyfriend Sohael Kathuriya tied the knot at Jaipur's Mundota Fort and Palace on Sunday evening. The couple recently returned to Mumbai after culminating their dreamy wedding ceremony and they were all smiles for the cameras. The new bride is currently at her in-laws home and it seems like Hansika is enjoying every bit of her wedding festivities and rituals. Also Read - Hello Hall of Fame Awards: South star Vijay Devarakonda, Hansika Motwani and more deck up to perfection [VIEW PICS]

The Telugu and Tamil actress was seen fulfilling her one of the traditional wedding rituals called Pehli Rasoi, where the new bride cooks her first meal for her in-laws. She marked her new beginning on a sweet note and made a halwa in her sasural in her pehli rasoi. Husband Sohael was in awe of his wife as he posted her picture serving the halwa and was all hearts for Hansika. Also Read - Hansika Motwani and hubby Sohael Khaturiya's European honeymoon is all about fun, laughter and filmy moments [VIEW PICS] 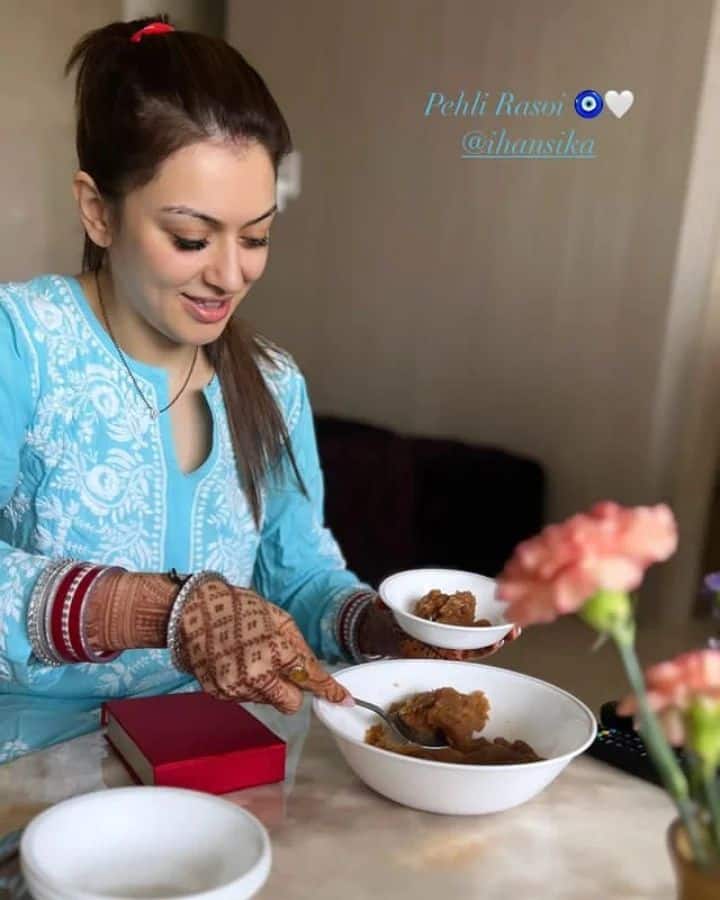 After tying the knot, Hansika shared her first official pictures of her wedding with Sohael on Instagram and her fans poured in best wishes for a happy marriage. The actress was seen wearing a red bridal lehenga while Sohael looked dashing in his ivory-hued sherwani. The couple looked madly in love with each other in their cosy wedding pictures.

The couple were seen holding each other's hands after the wedding ceremony. The amazing fireworks and grand decorations amped up the glamour quotient of the entire occasion. From her entry to the wedding venue to the varmala ceremony, the couple can be seen enjoying every moment. 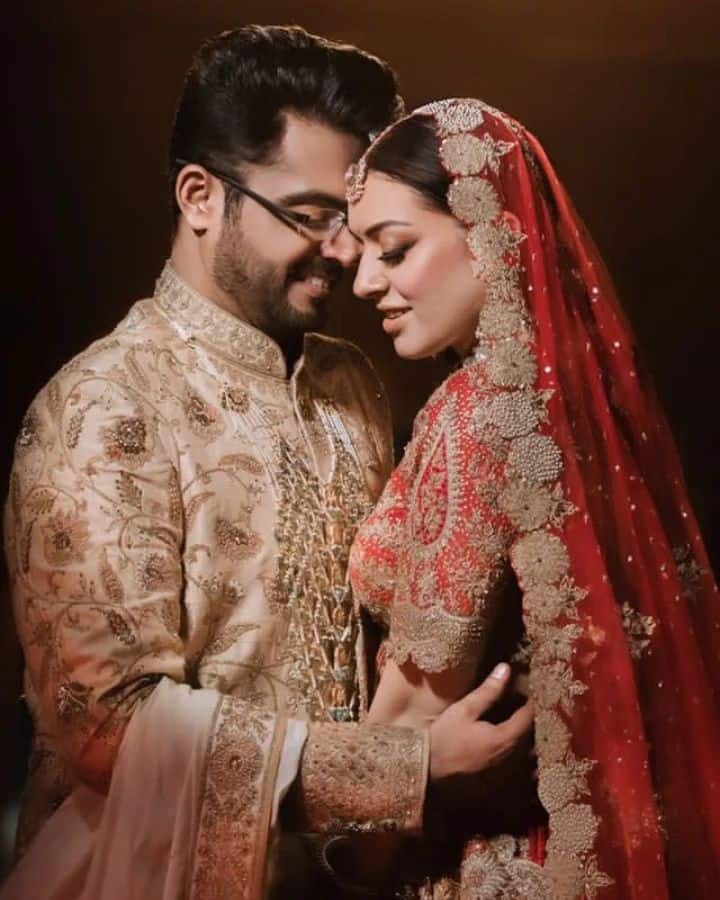 Hansika and Sohael also stunned everyone with their all-white outfits for the pre-wedding ceremony. For the haldi ceremony, they chose white floral outfits. For the sangeet ceremony, Hansika looked gorgeous in a pink lehenga, while Sohael stunned everyone with his black sherwani. Before heading to Jaipur for the wedding, Hansika had her share of fun with friends during her bachelorette party in Greece. She danced her heart out with her girl gang.

For the uninitiated, Hansika launched her career as a child actor in Hindi films and went on to do Telugu movies, including Desamuduru, Kantri and Maska. She has appeared in Tamil films such as Mappillai and Engeyum Kadhal. She will be next seen in Partner, 105 Minutes, My Name Is Shruthi and Rowdy Baby.