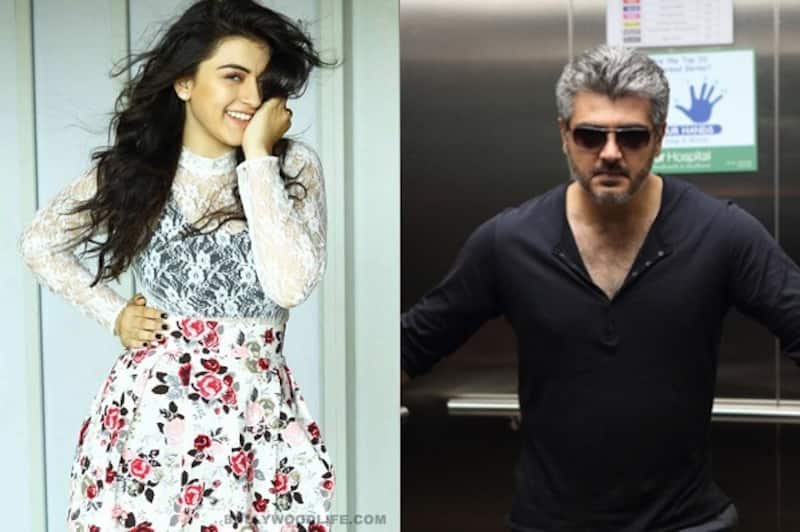 While the Chillax babe gears up for release of Aranmanai, we hear that Hansika wants to share screen space with Mankatha actor

The cute and bubbly Hansika has already worked with some of the top stars in the south like Vijay and Suriya. The latest buzz is that the actress is keen on working with another top star - Thala Ajith! Doing a movie with Ajith is on the pretty actress's wish list. Also Read - Happy birthday Hansika Motwani: The Maha actress' stunning transformation over the years is JAW-DROPPING to say the least [View Pics]

Her latest movie with Ravi Teja is a superhit in Telugu and her Tamil film Aranmanai is releasing this Friday. She has more films lined up for release in Tamil this year. Currently, Hansika is listening to scripts in Telugu but has not signed anything as of now. Also Read - Ramarao On Duty: Ravi Teja's fans slam the actor for 'poor choices'; filmmaker Sarath Mandava locks his Twitter account

Ajith is busy shooting for Thala55 now with director Gautham Menon. Shorting for the film has wrapped up in Gangtok today and the crew will be coming back to Chennai now. Thala has shot for a song in Gangtok. Also Read - Ramarao On Duty movie review: Ravi Teja impresses the audiences with his performance while the poor screenplay disappoints

Hansika is on a high now and we hope that her dream of working with Thala Ajith comes true soon!