On his birthday today, Samantha Akkineni shared the first poster look of Naga Chaitanya from his upcoming film, Love Story. Love Story is helmed by Sekhar Kammula. It features Sai Pallavi in the lead role opposite Chaitanya.

Naga Chaitanya turns 34-year handsome today and the hunk is currently in the Maldives chillin' with his dearest actress-wifey, Samantha Ruth Prabhu. And as the clock struck midnight, Samatha and Chaitanya brought in the latter's birthday under the starry night. How, romantic! Samantha Akkineni shared a pretty picture in which we can see a starry night with a bonfire and a romantic setting. She captioned the post saying, "Wish upon a shooting star." For Chaitanya's birthday, she posted a picture of the hunk enjoying some pool time in the Maldives. The picture is a long shot of the Majili actor walking around the beach. She posted a heartfelt note alongside, saying, "Always living life on your own terms @chayakkineni.. Wishing you only happiness always and forever." Check out Samantha's Instagram story and her birthday post for Chaitanya below: Also Read - When Samantha Ruth Prabhu OPENED UP about Naga Chaitanya's first wife who always comes between them 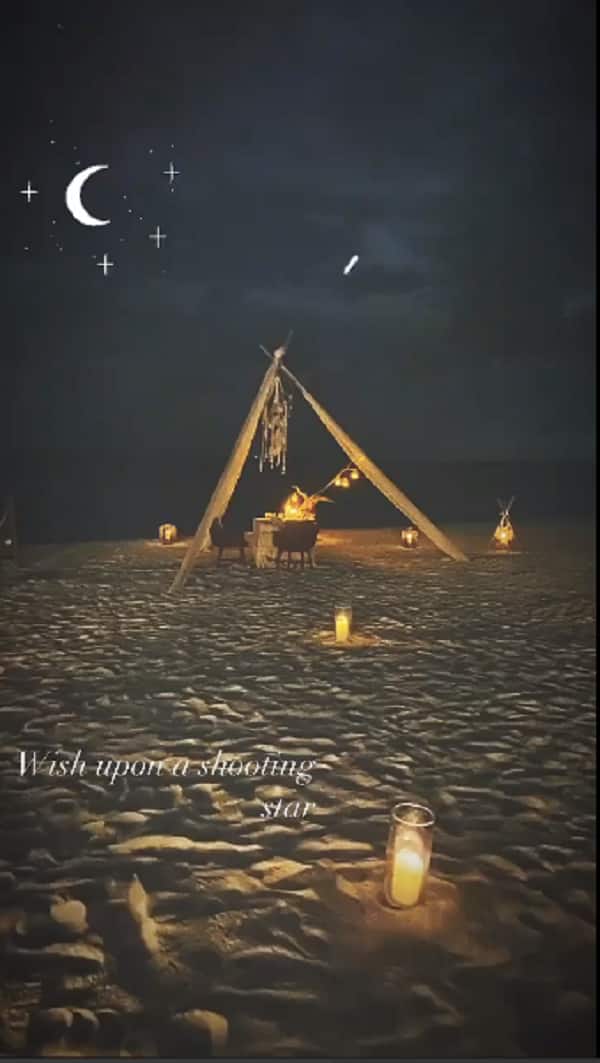 Not only this. Samantha also unveiled the poster of Chay's next film, Love Story. With the same caption as her post, she shared the poster look. In the post, we can see Chay adjusting his lungi. He is seen in a baniyaan. Check out her tweet below: Also Read - Samantha Ruth Prabhu – Naga Chaitanya divorce: The actress to get THIS whopping amount as alimony?

Always living life on your own terms @chay_akkineni ?
Wishing you only happiness always and forever #LoveStory#HBDNagaChaitanya pic.twitter.com/9FCmunhJWT

Love Story is helmed by Sekhar Kammula. It features Sai Pallavi in the lead role opposite Chaitanya. While talking to Times of India, Kammula said, "It’s a love story of a boy and girl who move to the city from their village to pursue their dreams." He went on to heap praises for his cast saying, "Naga Chaitanya has been trying to master the Telangana dialect for his part. He’s completely surrendered himself with great interest to pull off his part. Also, Sai Pallavi could spring a surprise for the audience. I believe the lead pair’s performances will stand out."

Meanwhile, Samantha has been sharing a lot of pictures from their vacations on her Instagram handle lately. She recently revealed that she finally had her first-ever deep sea-dive whilst there. It was a candid picture in which we could see Samantha wearing her diving suit. She also shared one beautiful picture over-looking her back at the Maldivian sky. It's so stunning that you might want to take a vacation right now.