Birthday girl Tamannaah Bhatia had organised a bash last night which was attended by her friends and family. The pictures of the party have gone viral on social media. Check out the pics here...

Tamannaah Bhatia celebrates her 32nd birthday today. The actress has been in the Indian film industry for the past 16 years and has starred in many blockbuster movies. Last night, to ring in her special day, Tamannaah had organised a party, and it was attended by her friends and family. The pictures of the same have been shared on Instagram. The birthday girl wore a red dress and looked super hot in it. The pictures of the actress prove that she had a great time at her birthday bash. Also Read - Malaika Arora to Palak Tiwari: B-town divas who were trolled for their ‘walk’

Tamannaah’s friends took to their Insta story to share the pictures from the bash and the actress re-shared those pictures on her story. Check out the pics below… Also Read - Worst dressed celebs of the week: Aishwarya Rai Bachchan, Janhvi Kapoor, Shilpa Shetty's uninspired fashion outings will worsen your Monday blues 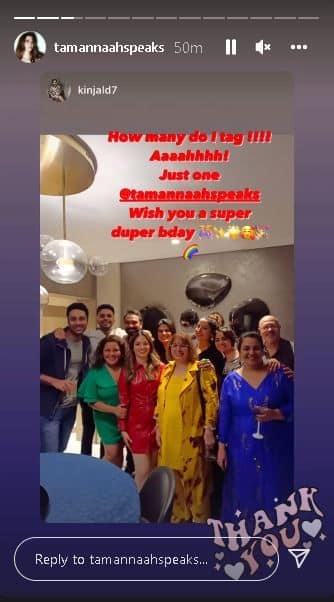 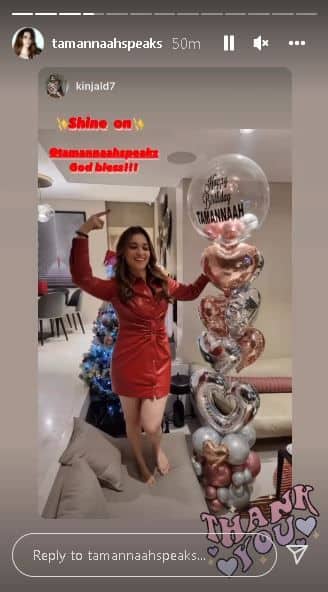 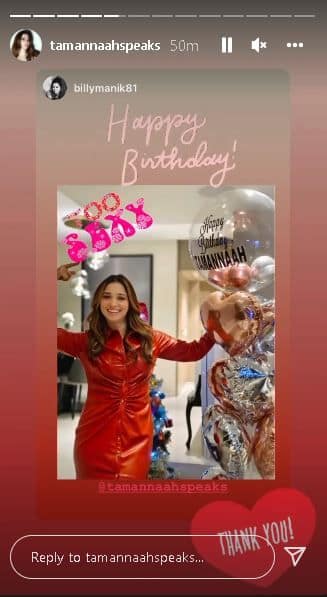 A lot of celebrities like Malaika Arora, Venkatesh, and Kajal Aggarwal have wished the actress on Instagram. Check out their posts here… 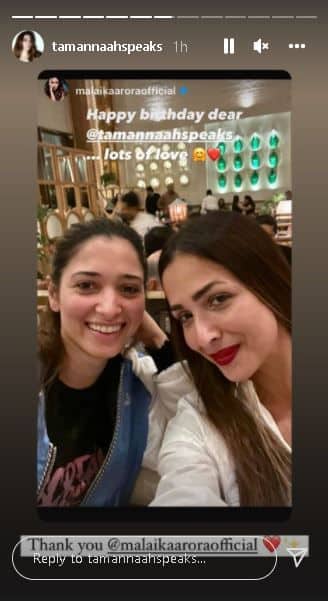 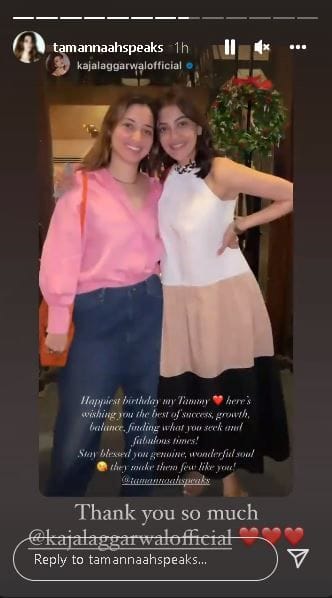 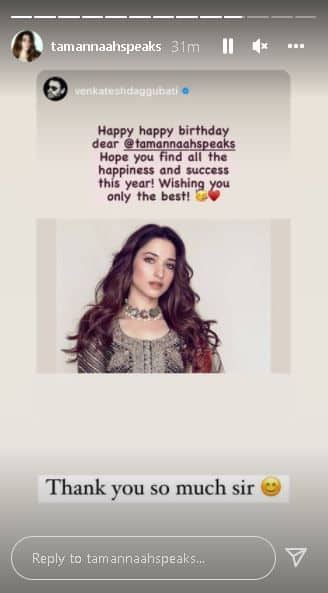 On the work front, Tamannaah was last seen in Maestro which was premiered on Disney+ Hotstar. The movie was a remake of the Hindi film Andhadhun, and Tamannaah portrayed the role that was played by Tabu in the original film.

The actress has some interesting films lined up like Plan A Plan B, F3, Gurthunda Seethakalam, Bole Chudiyan, That Is Mahalakshmi (Delayed), and Bhola Shankar. A few days ago, the release date of Gurthunda Seethakalam was announced. The movie also stars Satyadev in the lead role.

While announcing the release date of the movie, Tamannaah had shared on Instagram, “This valentines month come fall in love with Dev & Nidhi. #GurthundhaSeethakalam in theatres near you in Feb 2022.”

Interestingly, another film of the actress, F3, is also slated to release in February (25) next year. Directed by Anil Ravipudi, it also stars Venkatesh, Varun Tej, and Mehreen Pirzada. The movie is a sequel to the 2019 release F2: Fun and Frustration.