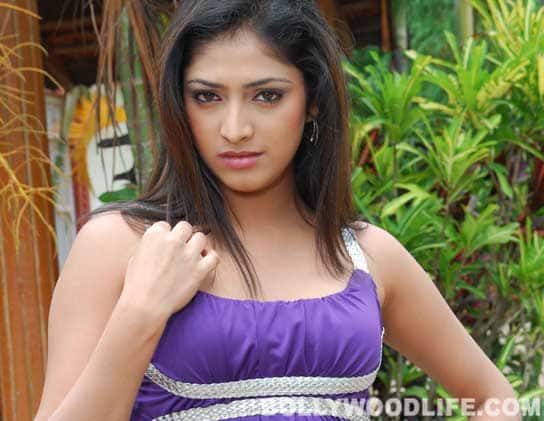 After Diganth, Ramya gets booted from Sadhu Kokila's film

It seems that Haripriya’s stars are shining and how! The actor, who has been in Sandalwood for more than three years, has been waiting for a mega hit for quite some time now. After a few roles in Tamil films she has suddenly become one of the most sought after girls in Sandalwood. Having signed Super Shastry and Sagar, we hear that the actress has now replaced Ramya Barne in Anarkali which is being directed by Sadhu Kokila. The film stars Srinagara Kitty and Pragna in lead roles. Haripriya plays a prominent role in the film. The first schedule of the film has been completed while the second one is slated to begin later this week. For Anarkali, abrupt changes are nothing new. Earlier, actor Diganth was supposed to be playing the male lead character and had even attended the film's muhurat. But somehow, Diganth got replaced by Srinigar Kitty. And now news is in that Haripriya has replaced Ramya Barna. Though the exact reasons for this replacement is unknown, our sources say that Sadhu Kokila was not highly impressed by Ramya's performance. Also Read - Ayyappanum Koshiyum director Sachy passes away at 48 due to cardiac arrest