Has Keerthy Suresh upset the makers of Mahesh Babu's Sarkaru Vaari Paata for THIS reason?

Has Keerthy Suresh upset the makers of the big budget Sarkaru Vaari Paata starring Mahesh Babu for THIS reason? 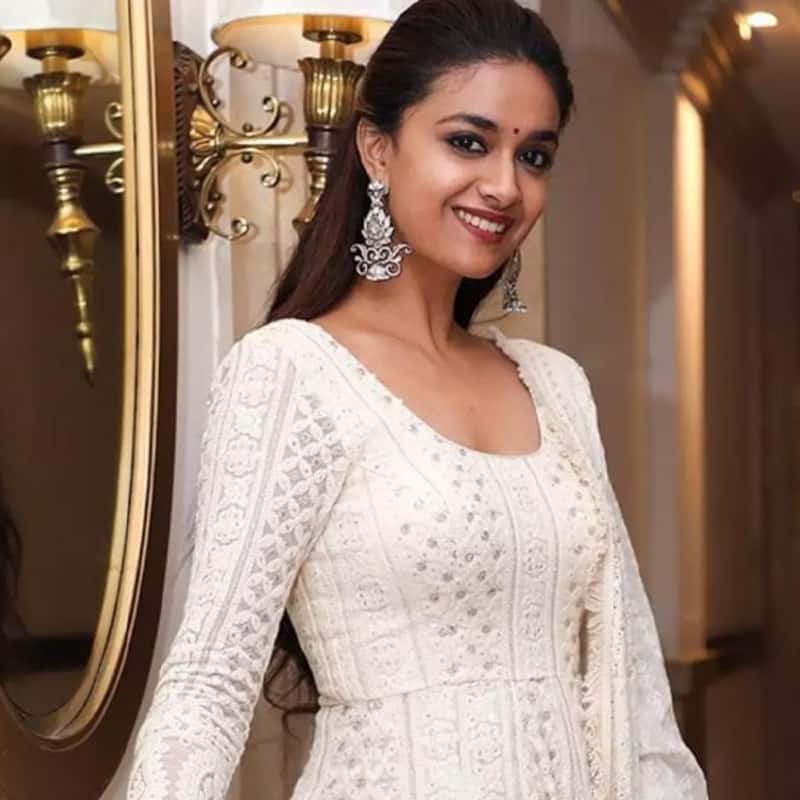 Keerthy Suresh is one of the most loved leading ladies of the South. Fans are awaiting Sarkaru Vaari Paata with Mahesh Babu. This is going to be a fresh pairing for Mahesh Babu. The superstar's recent movies have been with actresses like Rashmika Mandanna, Pooja Hegde and Kiara Advani. Many feel that Keerthy Suresh is just not the perfect choice for him. The actress' films like Pedanna and Good Luck Sakhi have also crashed at the box office. Due to these reasons many fans felt that Mahesh Babu should have had a different heroine for Sarkaru Vaari Paata. Also Read - BTS: Kim Taehyung turns Rooh Baba as ARMY edits the Bangtan Boys into Kartik Aaryan-Kiara Advani-Tabu's Bhool Bhulaiyaa 2 [Watch Video]

As per Mirchi9 what has rumouredly upset the makers of Sarkaru Vaari Paata is the latest music video Gandhaari. They feel Keerthy Suresh should not have been a part of the project. The portal suggested that some people are upset at the poor production values of the music video. Apparently, they found it very amateurish at some levels, and felt Keerthy Suresh should not have done it. But fans are loving the actress' expressions on the same. It is directed by top choreographer Brindha Gopal. It seems the makers feel she should not take up such projects till the release of Sarkaru Vaari Paata. Also Read - JugJugg Jeeyo star Kiara Advani to Aashram 3 fame Esha Gupta and more: Stunning looks of Bollywood divas in gorgeous sarees – watch now

Keerthy Suresh is best known for her work in Mahanati. The movie was a biopic of yesteryear actress Savitri. She even won the National Award for the same. But of late her movies have bombed at the box office. The last hit was Annaathe where she played the role of Rajinikanth's daughter. We do not know how much of this is true. Keerthy Suresh is a good performer and it just needs one film to bounce back. Also Read - Best dressed celeb of the week: Malaika Arora, Kiara Advani, Sanya Malhotra, Taapsee Pannu and more celebs who impressed the fashion police with their sartorial choices