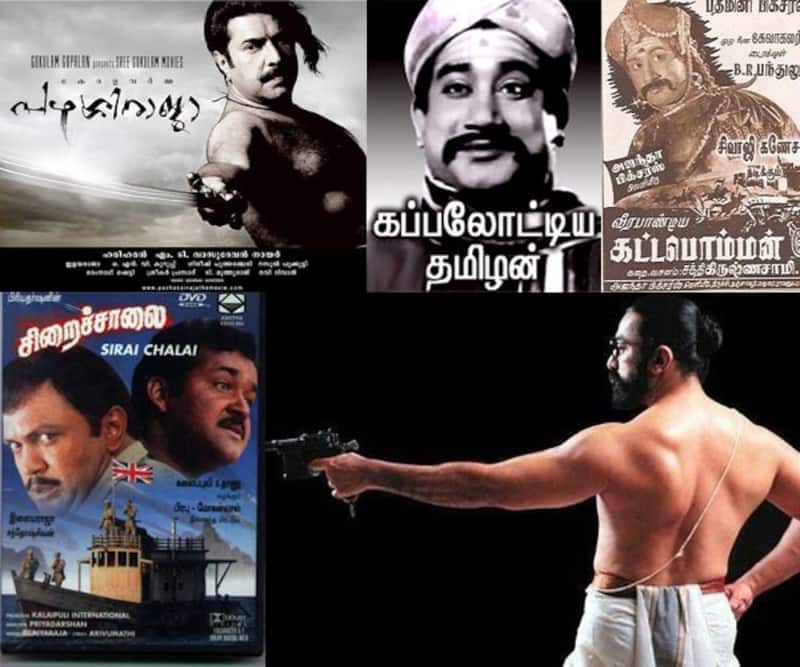 Independence Day is all about the patriotic feel, there have been remarkable films from the south film industry that have portrayed our India’s struggle

To get you into the spirit of Independence Day, we bring you some of the top Southern films that celebrate this epic period of Indian history Also Read - Drishyam 2 vs Bhediya vs An Action Hero box office collections: Ajay Devgn starrer OVERPOWERS Varun Dhawan-Ayushmann Khurrana's films [Full Report]

This 1959 film directed by BR Panthulu tells the story of one of the earliest freedom struggles against the British rulers. Sivaji Ganesan plays the title role and earned an award at the Egypt Film Festival. Based on historical incidents that took place in the 18th century Veerapandia Kattabomman is about how the chieftan of Panchalankurichi took on the might of the British Empire. He is eventually captured and hanged, but goes down fighting. An inspiring performance by Sivaji Ganesan, wonderfully supported by Gemini Ganesan and Padmini, and fiery dialogues which are remembered even today make this black and white film a must-watch in this genre. Also Read - Drishyam 2 box office: Ajay Devgn, Tabu, Shriya Saran and more celebrate film's success as it crosses Rs 150 crore mark [Watch Video]

This film is also by BR Panthulu who made patriotic themes his own. The 1961 film narrates the story of VO Chidambaram Pillai, who began the Swadeshi Stream Navigation Company to break the grip of the British rulers on India’s maritime trade. Sivaji Ganesan played the Kappalottia Thamizhan, which was how VOC was referred to. You cannot help feel a strong sense of national pride when you watch this film. The inspirational songs of Subramania Bharathiar which feature in the film add to the patriotic fervour this film generates. Also Read - Drishyam 2 actor Siddharth Bodke AKA David Braganza shares his super hit movie journey [Watch Video]

Kamal Haasan’s much-debated film focuses on the Partition, the assassination of Mahatma Gandhi and the events that unfolded at that particular point in our history. Told in flashback, it dwells on the themes of religious divides and national integration, ideas that are as relevant today as at the time of Independence. The movie was written and directed by Kamal and had Shahrukh Khan, Nasser and Vasundhara Das in the cast.

This 2000 film was a biopic about Subramania Bharathi, the Tamil poet whose literary accomplishments were equalled by his patriotism and commitment to the freedom struggle. Having given up all his material comforts for Independence, Bharathi was one of the leading lights of the Independence movement in South India. Sayaji Shinde plays the title role in the film with Devayani in the role of Chellammal, Bharathi’s wife. Ilayaraja’s music breathes new life into the oft-sung Bharathiar songs and adds to the emotional content of this film. It won the National Award for best Tamil film of 2000.

Probably one of Priyadarshan’s best works, Kaalapani, the 1996 film, focuses on the cellular jail in the Andaman islands which the British turned into a penal colony. Mohanlal turns in a superlative performance as Dr Govardhan Menon, wrongly accused of treason against the British rulers and incarcerated in the jail. Tabu, Amrish Puri and Nedumudi Venu are also part of the cast in this period flick, beautifully shot by Santosh Sivan. The Malayalam film released in Tamil as Siraichalai.

This big-budget extravaganza dwells on the life and times of Pazhassi Raja, the king who took on the might of the British in the 18th century. The ensemble cast has Mammootty playing the title role, while Sarathkumar plays his army chief. The historical incidents captured in the film include the establishment of the East India Company in the Malabar region and the Pazhassi revolt against this colonial takeover. Pazhassi Raja is written by MT Vasudevan Nair and directed by Hariharan.