Jackpot is directed by Kalyaan of Gulebagavali fame and stars Jyothika and Revathi in lead roles. The film is produced by Jyothika's husband Suriya Sivakumar. 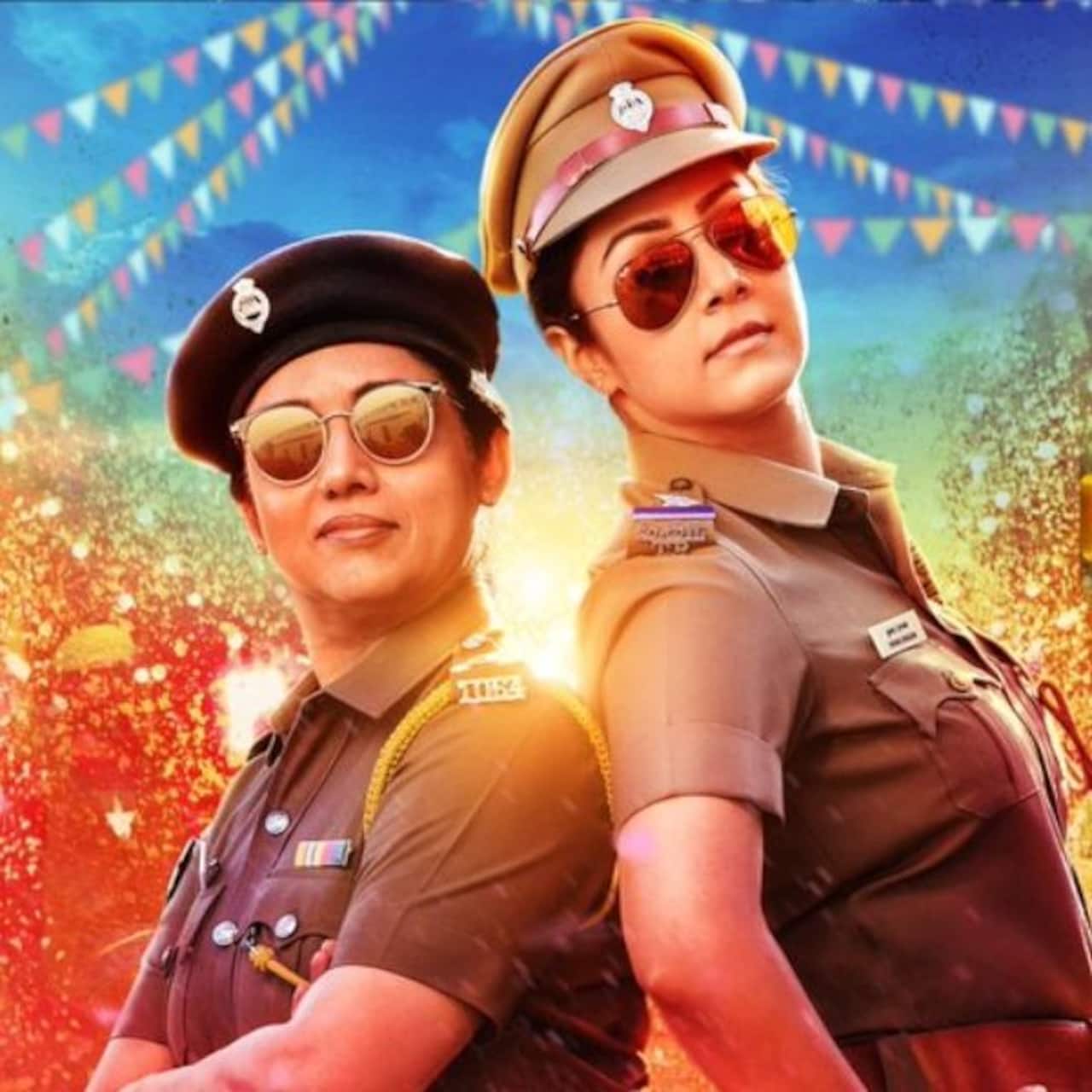 Tamil and Telugu actress Jyothika will work with veteran actress Revathi for the first time in her next which has been titled. Jyothika's husband Suriya is bankrolling the project and unveiled the title and first look poster via social media today. Jyothika and Revathi will be seen playing cops in Jackpot which is suggested in the poster revealed today. The film is written and directed by Kalyaan and is produced by Suriya himself. "Presenting the first look of #JACKPOT get ready for an action packed fun ride! It’s a Jackpot for us to have both #Revathi & #Jyotika on board[sic]" tweeted Suriya along with poster of Jackpot. Check it out right here: Also Read - Suriya beats Allu Arjun, Dulqueer Salmaan and more to become number 1 South Indian celebrity: IIHB report for 2023

The film is touted to be a comedy entertainer and is directed by Kalyaan who shot to fame with Gulebagavali. The visuals will be cranked by Ananda Kumar while the editing is taken care of by Vijay. The music of Jackpot is composed by Vishal. Comedian Yogi Babu will be seen playing a crucial role in Jackpot. The film was shot and wrapped up in 45 days which is the shortest for any Tamil film. According to reports, lead actors Jyothika and Revathi will be seen throughout the film which is a comedy narrative. Also Read - Allu Arjun to Kajal Aggarwal: Popular South Indian actors whose kids have unique names

Jyothika was last seen in Kaatrin Mozhi which was the official Tamil remake of Vidya Balan starrer Tumhari Sulu. Jyothika excelled in her role and received great appreciation from all quarters. Jyothika will also work her brother-in-law Karthi for the first time in a Jeethu Joseph directorial. The yet untitled film went on floors recently and soon an official announcement is expected to be made. Also Read - Ranbir Kapoor in Govinda Naam Mera to Shah Rukh Khan in Brahmastra: A look at the impactful cameos of 2022

Speaking about Revathi, the veteran is back playing a stronger role after a long time. Last seen in Keni, Revathi will also be seen in Azhiyatha Kolangal which is directed by MT Bharathi.