Jawan: Shah Rukh Khan tells Vijay Sethupathi, 'You're the most wonderful actor I've ever seen in my life'; Super Deluxe actor looks at him in disbelief

Amid the reports of Vijay Sethupathi playing a villain in director Atlee's Jawan, an old video of Shah Rukh Khan praising Vijay is going viral on the internet. The Super Deluxe actor looks at SRK in disbelief as he gets showered by words of praise. 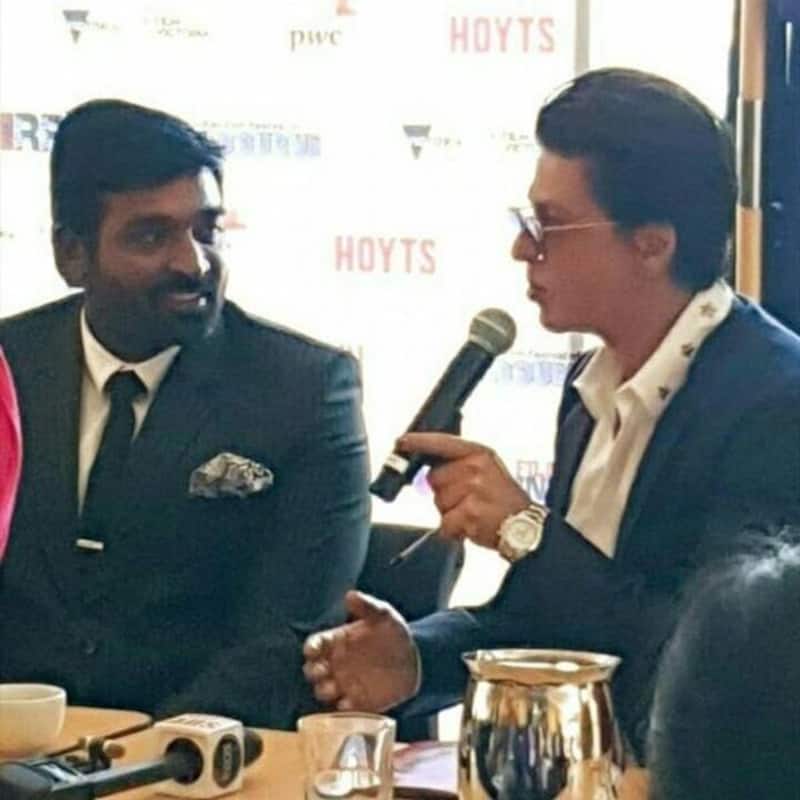 Shah Rukh Khan is gearing up for his upcoming film Jawan, directed by Atlee. It is now being said that Vijay Sethupathi has been roped in to play the role of an antagonist, who will go one on one against SRK in the film. Amid the reports, an old video of SRK praising Vijay is going viral on the internet. Also Read - Pathaan Shah Rukh Khan gets annoyed as a fan tries to hold him; Aryan Khan trends as he turns into a protective shield for his father [WATCH]

In the video, Shah Rukh tells Vijay, "I don't know how to say this and I want to compliment you. You are the most wonderful actor I have ever seen in my life." Vijay, who is sitting next to him, looks at SRK in disbelief as he gets showered by words of praise. Also Read - Kaun Banega Crorepati 14: Amitabh Bachchan and ex-host Shah Rukh Khan's per episode salary will pop your eyes out

The video dates back to 2019 when Shah Rukh and Vijay along with Karan Johar addressed the press conference at the 10th edition of the Indian Film Festival of Melbourne. Vijay bagged the Best Actor award for Super Deluxe. The other nominees in the category were Amitabh Bachchan for Badla, Ayushmann Khurrana for Andhadhun, Manoj Bajpayee for Bhonsle, Namdev Gaurav for Namdev Bhau, Ranveer Singh for Gully Boy and Vicky Kaushal for Uri: The Surgical Strike. Also Read - Friendship Day 2022: Shah Rukh Khan-Salman Khan, Sanjay Dutt-Arshad Warsi and more Bollywood actors who became friends after working together in a film

If the reports are to be believed, the makers of Jawan have approached Vijay Sethupathi to play the villain. According to a news portal, the handsome actor has agreed to play the role of villain in Shah Rukh Khan starrer Jawan. The actor will soon join the sets of the film in Mumbai. The makers are yet to announce an official confirmation about Vijay being part of the cast. It would be interesting to watch Shah Rukh Khan and Vijay battling it out.

Apart from Shah Rukh, Jawan will also see Nayanthara in a lead role. The movie is scheduled to hit the screens in June 2023 and it will be released in Tamil, Hindi, Telugu, Malayalam, and Kannada languages.