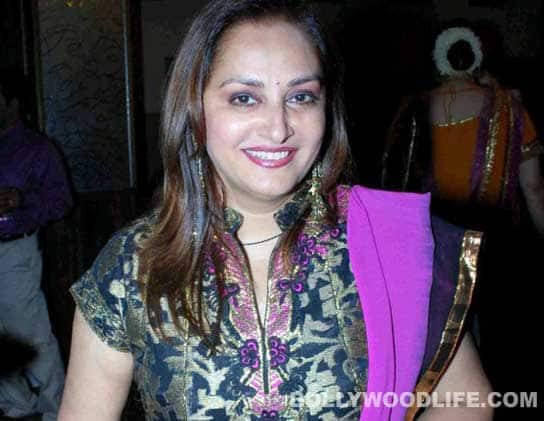 God's own country is the new HQ for Jaya

After her expulsion from the Samajwadi Party last year leading to a hasty retreat from the political scene in Uttar Pradesh, Jayaprada decided to spend some solitary time in God’s Own Country (Kerala). The vacation was short-lived and the actress was back at work in Malayalam films. Though not a stranger to Mollywood, the actress was quite lucky to bag a meaty role in Blessy’s Prayanam alongside Mohanlal and her Bollywood co-star Anupam Kher. The movie did well at the box office and we now hear that the actress has been slotted to play a cameo in a Mammootty movie. Sources confirmed that Jayaprada will indeed be seen in the Shaji Kailas-directed King & Commissioner, the movie that brings together Suresh Gopi and Mammootty on screen after a long time. The movie will also see the debut of Kannada and Tamil star Sanjanaa in Malayalam. Others in the cast include Samvrutha Sunil, Janardhanan, Sai Kumar, Devan, Ganesh Kumar, Nedumudi Venu, Vijayaraghavan and Jagathy Sreekumar. So enamored is Jayaprada with Mollywood that she has also agreed to produce a movie on middle-aged love to be directed by R Sarath. Popular actor and TV host Mukesh will play her lead in the movie, which is slated to go on the floors by end-August. Also Read - Trending South News Today: Vijay Deverakonda's fans from Hyderabad are extremely upset with him, Sita Ramam actor Dulquer Salmaan talks about nepotism and more